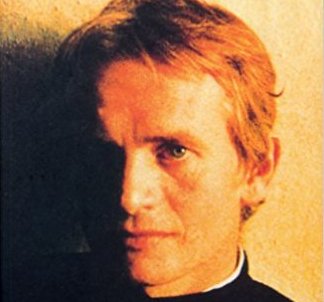 “In my childhood,” Bruce Chatwin remarks in the opening pages of The Songlines, “I never heard the word ‘Australia’ without calling to mind the fumes of the eucalyptus inhaler and an incessant red country populated by sheep….I would gaze in wonder at pictures of the koala and kookaburra, the platypus and Tasmanian bush-devil, Old Man Kangaroo and Yellow Dog Dingo, and Sydney Harbour Bridge. But the picture I liked best showed an Aboriginal family on the move.”

The exotic images remained with the English writer into adulthood, urging him to seek, obsessively, the remote, arid corners of the world—Central Asia, Tierra del Fuego, the Sudan. That quest made him the most authoritative, and certainly the most popularly acclaimed, English desert rat since Doughty and Lawrence. When his first book, In Patagonia, appeared in 1977, it found a large and appreciative audience of readers who recognized in the author an uncommonly talented storyteller and an uncommonly intrepid adventurer.

In The Songlines, Chatwin takes his readers to the land of his childhood memory, tracking another obsession: the network of indigenous song with which, Chatwin believed, our nomadic ancestors encircled the globe, calling the world and human consciousness into being. Among the Aborigines of the Australian desert, Chatwin finds signs of one such network, “the paths of the ancestors” or songlines, a way of remembering each detail of the land by making an epic poem of the landforms and animals within it.

Chatwin’s book is a curious mix, jumbling the genres of travelogue, ethnography, memoir, essay, commonplace book, and philosophical argument. At heart it is a novel, but one based on real events and with real actors—Chatwin’s sometime traveling companion Salman Rushdie among them. Its setting and characterizations are so realistically and dispassionately rendered, however, that the reader may never suspect that the book is anything other than literary reportage.

It is also marvelous, though not without its shortcomings. Chatwin, who died at 48, only two years after the book was published, was not especially strong at writing dialogue, and his characters are often mere symbols. It was heavily criticized, especially in anthropological circles, and, stung, Chatwin retreated, spending what remained of his life writing a short novel about a subject he knew well, the rarified world of art collecting and its attendant obsessions.

Still, in The Songlines and elsewhere, Chatwin told marvelous stories, and he never let the facts get in the way of a good yarn. A gloriously handsome man, he enraptured women and men alike. He used his charms to gain entree into the moneyed elite of Europe and America, and his address book was thicker than his collected manuscripts. In time he gained notoriety for being the guest who would not leave, who arrived at villas and castles and stayed for months on end, amassing huge phone bills, expecting to be served the best foods and wines. He believed, Nicholas Shakespeare suggests in his far-reaching Bruce Chatwin: A Biography, that his wonderful anecdotes and the sheer gift of his company were sufficient repayment for his hosts’ sometimes-unwilling generosity. If The Songlines is a gauge, he had good reason to think so.