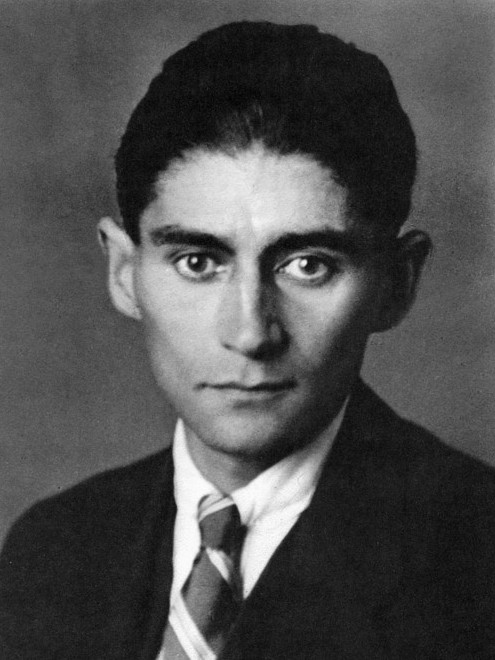 One hundred years ago, on a rainy morning, a young man named Gregor Samsa awoke from a night of troubled dreams to discover that he had been turned into a monstrous creature. Perhaps he was a beetle, perhaps a cockroach: in the German, Franz Kafka made Gregor Samsa into an ungeheueres Ungeziefer, meaning something like a “horrible, dirty, monstrous bug.”

Vladimir Nabokov, who was an eminent entomologist as well as novelist, guessed that Kafka meant some sort of beetle but not the dung beetle that some translators have posited—and certainly not the cockroach, a flattish thing that lacks the Volkswagen-like rounding of our unfortunate hero. Kafka himself, we can say with some certainty, meant for us to be uncertain about just what Gregor had become, though not the fact of his transformation—or, in entomological terms, his metamorphosis. But there is one more curious thing about his word choice, since Ungeziefer contains packed in its etymology a negation: it means “an animal not fit for sacrifice.” Not just a bug, in other words, but a trayf, or religiously unclean, bug.

To turn into a verminous bug may have come as something of a relief for poor Gregor, considering the preceding few years. His parents are dull and vulgar. His father had lost his money somehow, whereupon Gregor, five years before his metamorphosis, had had to go to work for one of the creditors in order to satisfy the debt. Since then he had been a traveling salesman, flogging cloth to uninterested prospects. The creditors are watchful: within a few hours of missing his first day of work, a supervisor is pounding on the Samsas’ door, demanding to know why Gregor is not on the job, anxious for his pound of flesh.

The time passes. Once it develops that Gregor will not be helping with the rent, his parents, taking in boarders to pick up the slack, try to ignore him. Gregor’s father, having dusted himself off and gone back to work after years of living off his son, both fears and hates him. In a critical scene, he pelts poor Gregor with small, hard apples, one of which lodges in his carapace. It will prove fatal, a sacrifice not of the elevated Abraham and Isaac variety but of the thoughtless, casual way with which we kill insects every day.

A strange and beguiling story, Metamorphosis was published as the world sank into the mire of a vicious bloodletting. It would not be long before disgruntled, vanquished veterans of that war would begin to refer to all the non-Germans in and on the corners and edges and interstices of the German world as Ungeziefer, deeming them fit for nothing but extermination. In a lecture on the book dating to just after World War II, Nabokov observed that one of the quiet tragedies it contains is the fact that just under his shell, Gregor, that poor victim of random circumstance, had wings that might have carried him away, but Gregor never discovered them. Had he known of them, he might have flown off and found his freedom at least. As it was, Gregor Samsa died, betrayed, reviled, and utterly innocent.