Appreciations: The Wizard of Oz and the Promise of Better Times: 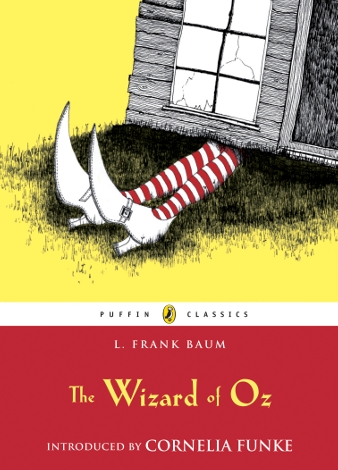 The Wizard of Oz.

In 1932, an appliance salesman named Isidore Hochberg wrote a set of politically charged lyrics for a satirical musical called Americana. In one tune, the narrator builds railroads, fights wars, plows fields and erects skyscrapers in the space of a few verses, only to be undone by predatory capitalists. The show closed after only a couple of performances, but that song, “Brother, Can You Spare a Dime?” became a smash hit, recorded by a young Bing Crosby.

Come the New Deal, Hochberg, now called Yip Harburg, had reason to be more optimistic. Seventy-five years ago, his bright song “Over the Rainbow” was unveiled, one of the most memorable of the tunes in the film The Wizard of Oz. Perhaps rightly, the dark wizards of the McCarthy era pegged the chipper lyrics as subversive and Harburg was blacklisted for many years. He had the last word, though: In 2001, the Recording Industry Association of America named “Over the Rainbow” the most important song of the 20th century.

Would L. Frank Baum, the writer behind the saga of Dorothy Gale, have approved of Harburg’s politics? Very likely, for Baum, though born into comfort, had lost his own modest fortune in an earlier economic downturn and moved, in some disgrace, to the remotest place on the prairie that he could find. That place was not in Kansas, but he still set a strange yarn he wrote in his self-imposed exile there, in a state he never saw.

A biopic devoted to Baum is reported to be in production today, and how closely it will deal with Baum’s own views remains to be seen. Baum was progressive, a feminist and a socialist of sorts; critics have read in the Oz cycle of novels a sendup of industrial capitalism and a demand for a return to an economy of concrete production instead of abstract speculation. (In that light, “Oz” is said to stand for an ounce of gold, the stuff with which the Yellow Brick Road was paved.) Baum was also, however, a devotee of social Darwinism, with the view that the fittest would outlast the weak and that cultures not meant for the age of machines—American Indians, say—were doomed to extinction.

Completed late in 1899, Baum’s original novel, The Wonderful Wizard of Oz, was published the following year in Chicago. Its publisher did not hold out much hope for it, but something in the tale of young farm girl Dorothy Gale’s stormy transportation to a magical kingdom just beyond the rainbow struck a chord in populist America, and within a couple of months 25,000 copies had sold, the vanguard of millions to come.

Baum had written the story as a one-off, but now, flooded by letters from children, he set out to write a series of stories that extended the tale of Oz’s new rulers—a newly strong lion, of course, but also a straw man of the farm and a tin man from the foundry. In the end, Baum and the ghost writers who followed him wrote 35 Oz books. All save the inaugural volume are forgotten today—but that one book and the movie and songs it spun seem destined to be remembered forever.