The preternaturally smart teenage inventor was the product of many minds 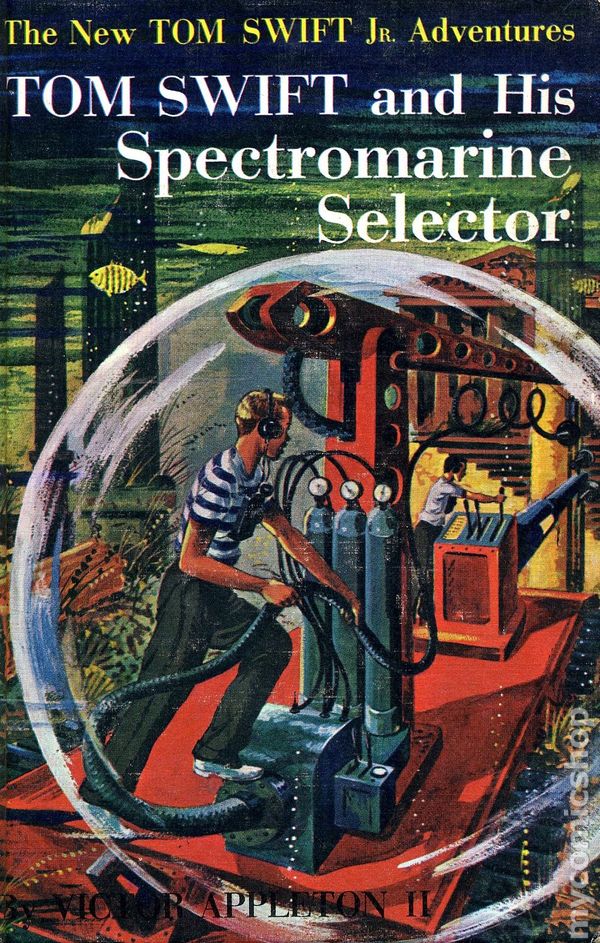 The future has failed us. Or, better, we have failed the future. Where a century ago writers were imagining that in our time we would be growing oranges on Mars and zipping around our gleaming, crime-free cities in airmobiles, we can scarcely imagine a century ahead in which we are not besieged and marooned on a ruined planet, devolved into weird libertarian have and have-not tribes, and afraid for our very lives.

And that’s not even the dystopian literature of today. But way back when, 105 years ago, to be exact, a troop of writers numerous enough to give “Uptown Funk” a run for the money was put to work creating a world fit for a maker of the future, the preternaturally smart teenage inventor Tom Swift, “swift by name and swift by nature,” good at all he turns to and glad to do so against the forces of evil.

When he bowed in in 1910, a creation of the children’s book factory that was the Stratemeyer Syndicate, Tom was a likable if somewhat lonely boy. His mother was dead, as the mothers so often are in children’s literature, and it was up to his father, a contractor, to raise his boy without necessarily subjecting him to the dull regimentation of school. Enter chemistry set, machine shop, and physics textbook, out of which Tom Swift, boy genius, was able to educate himself and, like Edison and Ford and other heroes of the day, to build stuff: rocket ships, flying submarines, ray guns, and other such things.

And not only that: as the series grew over the next century, Tom left the confines of his tree-lined garage workshop in upstate New York and wandered among the stars, scooted from place to place by nuclear-powered flying labs, cosmic rays, and other things that, it has to be said, were very much at the cutting edge of scientific fact and science fiction back in the day. That small army of writers—Howard Roger Garis, Debra Doyle, F. Gwynplaine MacIntyre, and many others you and I have never heard of—kept busy. So popular were their products, which would soon embrace the Hardy Boys and Nancy Drew series, that by 1930 the Tom Swift books ranked as the best-selling children’s stories of all time.

The Tom Swift books spawned their own rules as well as their own technologies. For one, the Stratemeyer authors, writing under the collective name Victor Appleton, were ordered to shun the use of the word “said,” such that a typical locution was something like “appealed Mary in a whisper” or “was the lad’s answer.” This tic gave rise to the ’50s-era “Tom Swifty” fad, in which puns were made in the fact-of-the-matter way of the series: “ ‘I lost it on the job,’ lamented the one-armed lion tamer offhandedly.” “ ‘I’m waiting on the curb,’ muttered Tom edgily.”

That’s a game worth playing, musty though it is. And a children’s series valuing smarts, learning, books, and science, and looking optimistically into the future: there’s a project for some entrepreneur today. In the meantime, we have the Tom Swift books, more than 100 of them, to fuel our dreams.