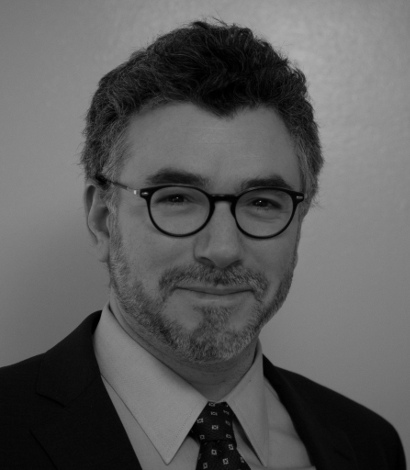 15-year-old Ariel Burger was dazzled to meet Elie Wiesel—never anticipating that the great man would become his teacher, mentor, and friend. The memoir Witness: Lessons from Elie Wiesel’s Classroom is “an insightful and winsome love letter,” our reviewer writes, from Burger, a writer, artist, teacher, and rabbi who earned a profoundly transformative moral education over many years as Wiesel’s student and teaching assistant at Boston University. We talked to Burger via phone from Massachusetts.

What inspired you to write Witness?

The world knows Elie Wiesel as author of Night, Holocaust survivor, human rights activist, Nobel Prize winner, but very little had been written about him as a teacher. Teaching was so essential to his identity, and his sense of mission, I felt somebody had to write about his classroom, to open a window for those who wouldn’t get to be there in person to experience it.

At a certain point, about 10 years ago, I said that to him, ‘Someone needs to write a book about your classroom,’ and he said, ‘You need to do it.’ [laughs] That’s really how I decided to write the book.

What kind of teacher was Elie Wiesel? What was it like to learn from him?

He had a tremendous presence about him, so that when he walked into the room—I saw this, year after year—students attained a kind of quiet focus and receptivity that was very special. He also had tremendous emotional range, so classroom moments moved from intense conversations and Socratic dialogues about human rights, about faith and doubt, about some of the most difficult moments in human history, to other moments that were very light and funny. That range and flexibility was an important characteristic of the classroom....It wasn’t too heavy, so heavy [students] couldn’t digest [the subjects], but it also was anything but frivolous.

Another thing that’s really important to say is, Professor Wiesel said, “I’m the best student in this class.” He really was incredibly curious, he had a voracious appetite for learning, and so he never taught the same class twice. He always wanted to see new material. Even when he was studying a text he had taught thousands of times before, it was as if—he knew it—but it was as if he was teaching it, learning it, for the first time. That curiosity was powerfully contagious.

What does it mean to be a student of Elie Wiesel?

First, I would say, it means to choose hope, and to choose a kind of active, muscular hope. Not the hope of passivity and waiting on the couch for something to change or improve, but the hope that a moral choice means I’m going to take some kind of action, even if it’s small and modest, to make things better. To reject both complacency and despair.

If you feel the need to look away from the suffering in the world and remain complacent—if you’re scrolling by the image of a starving child in Yemen on your social media feed—I’m aware of the temptation. But to be a student of Elie Wiesel means to look, and not look away.

It’s also quite easy to fall into despair and feel overwhelmed by the pain in the world. To be a student of Elie Wiesel means to reject despair. To stay in

that uncomfortable space of looking, and then finding a way to act, whether it’s local or philanthropic, an act of kindness in an encounter on the street or developing a strategy to tackle some of the larger issues. Whatever it is, find a way to help. To be a student of Elie Wiesel means, as he said, to “look for the outstretched hand.” To look around you and think, Who in my immediate vicinity might need something that I can provide?

What is your hope for this book?

My hope for the book is that people will not only enjoy the window into Elie Wiesel’s classroom, and the personal, more intimate take on someone who’s well known but, more importantly, that people will take away some ideas, frameworks, and good questions that may be helpful in 2018, in America and elsewhere.

Megan Labrise is a staff writer and cohost of the Fully Booked podcast.