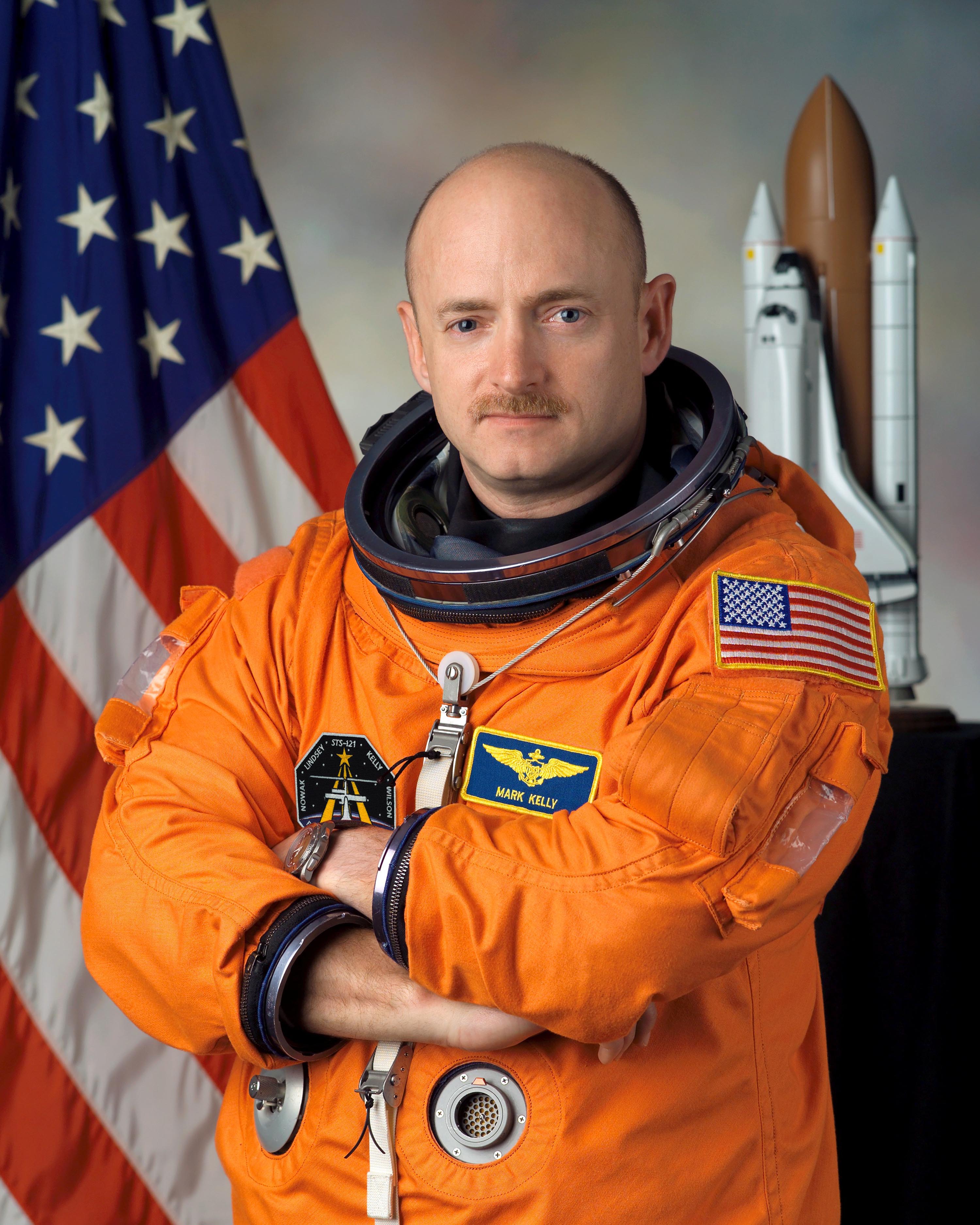 When I met U.S. Navy Capt. Mark Kelly, astronaut, at the Texas Book Festival five years ago, I immediately reverted to my 6-year-old self and got all fangirl on the poor man, who had just returned from a mission on the International Space Station and was suffering from mammoth jet lag. I was so star-struck I don’t think I uttered a complete sentence while he blinked politely at me. I saw redemption, therefore, in the opportunity to talk with him about his new children’s book, Astrotwins: Project Blastoff (co-written with veteran middle-grade novelist Martha Freeman).

The story concerns fictionalized versions of 12-year-old Kelly and his twin brother, Scott (also now an astronaut), growing up in the early 1970s and, like me, agog at the space program. Staying with their Grandpa Joe, the rambunctious twin

s seize upon his offhand suggestion that they do “something constructive” to use his workshop to build a working spaceship. Over the course of the summer they assemble a team of friends (including, somewhat to their surprise, a couple of very capable girls), research astrophysics (using books—from a library), and build a working rocket.

As Kelly assembled his fictional team, one of his priorities was to create “a strong female character” in br ainy Jenny. “It’s a little hard to get young girls interested in those STEM fields,” he reflected, “so I felt it important to have that one character as an integral piece: this does not happen without her.” It’s no surprise that this was a no-brainer for Kelly, who is surrounded by strong women: his mother, like his father, was a full-time police officer; his wife is former U.S. Rep. Gabrielle Giffords; and he is raising two daughters. He also is keenly aware that it can be an uphill battle getting boys to read, so he wanted to make sure he crafted a story boys would be interested in as well. With Astrotwins, he may well have hit the sweet spot.