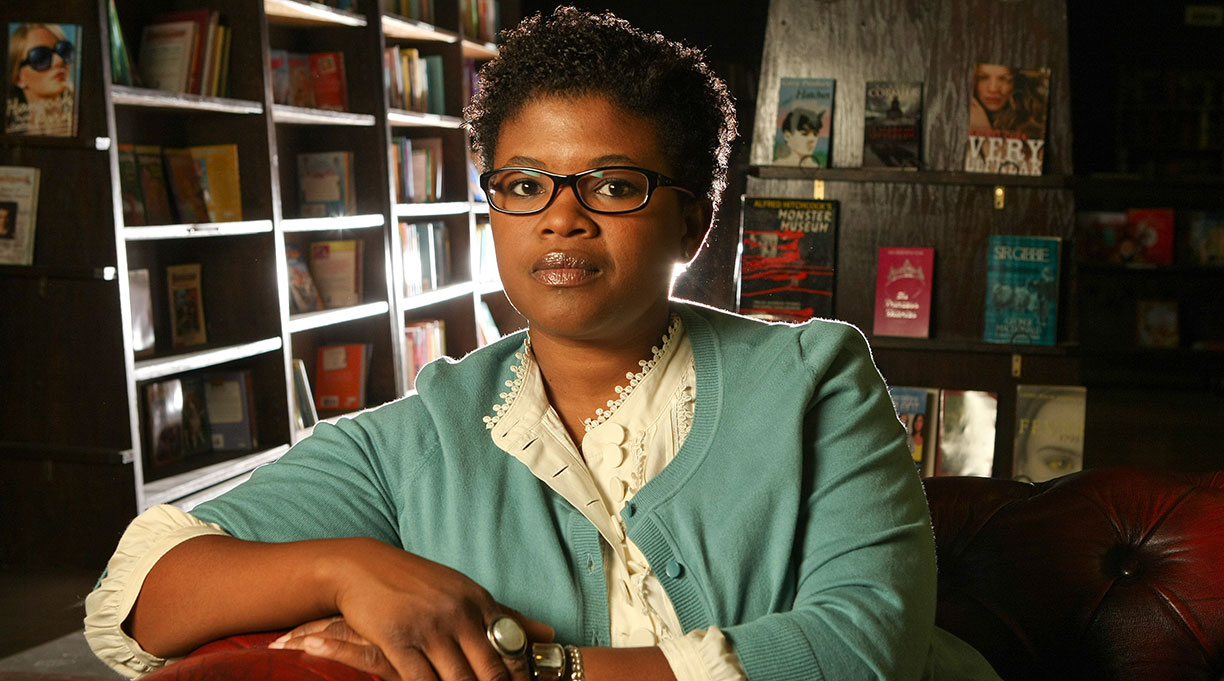 As a Houston native, Attica Locke understood the mystique of law enforcement’s legendary Texas Rangers even if she didn’t know the specifics of the job. “When you saw one on the street, it was like seeing a unicorn,” she says. “Not that they don’t have a complicated history. But seeing one was overwhelming. They’re like rock stars.”

So when she decided to start a crime series set along Highway 59 in East Texas, Locke realized the agency, which “ranges” around the state to investigate crimes, was the perfect calling for lawman Darren Mathews. Raised by twin uncles—one a lawyer, one a Ranger—Darren is driven by a personal mission: to destroy the Aryan Brotherhood in Texas.

Locke won an Edgar Award for the first book in the series, Bluebird, Bluebird. In the new Heaven, My Home (Mulholland Books/Little, Brown; Sept. 17), Darren is enlisted to find a missing 9-year-old who vanished on massive, forbidding Caddo Lake on the Texas-Louisiana border. His real target, however, is the boy’s white supremacist family.

Locke uses this premise to examine race and class, justice and forgiveness, confronting readers with a compelling question: If you have been on the wrong side of justice forever, can breaking the law become a moral act?

She thinks of the series as “post-Obama” books, set just before the tiki torches in Charlottesville, before President Trump told four congresswomen of color to go back to where they came from. In this environment, Darren, a black man with a badge that looms large in the Texan imagination, is a tempting target for emboldened white supremacists.

Exploring the roots of racism proved illuminating for Locke, who was also a writer for the Netflix series When They See Us, about the Central Park Five.

“It’s difficult to write any character if you can’t find something you understand about them,” she explains. “Behind everything is some kind of a wound, something that makes people behave the way they behave. I think a lot of the virulent racism that we’re seeing right now and have been forever, so much of it is hate masking other things like envy and resentment. It’s ‘I don’t like the way you make me feel about myself.’…We would do well as people and as a country to say, yes, there’s hate, and it has to be dealt with and prosecuted, but there’s a psychological thing beneath it.”

Yet writing about racism is not a deliberate choice for Locke. “For people of color, it’s not a thing you’re reaching for. This is literally just my life, the lens through which I see everything...I live in a world where that is a life-or-death question for me.”