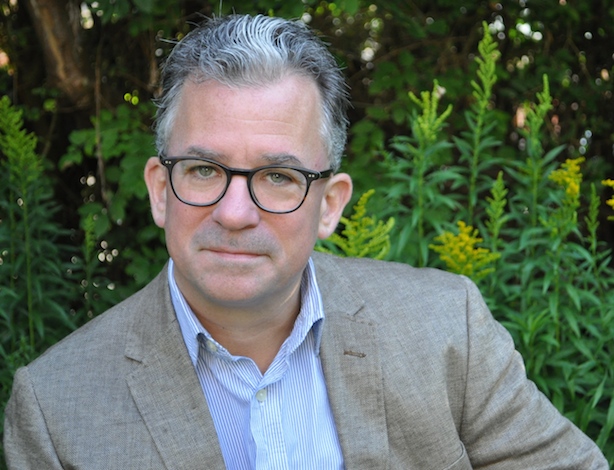 In The Great Reformer: Francis and the Making of a Radical Pope, Catholic commentator, writer and journalist Austen Ivereigh deftly and expertly explains both how Jorge Bergoglio became pope, but also how he developed a style of being both emotionally or intellectually reserved while also opening himself completely to the poor. In the process, Ivereigh says, "He's been made an incredible global celebrity. He believes that's the Holy Spirit. He's really horrified by biographies about him. He defers attention upwards."

That may be why he has made the cover of what Ivereigh calls secular, liberal citadels like Rolling Stone and Time. "He reminds people of Christ, and they're moved by him before they know what he's saying. They recognize something in him that transcends," Ivereigh says. "He is a great writer but what may be more memorable are his gestures and action. In the words of St. Ignatius, 'Love is expressed more in deeds than in words.’ ”

Ivereigh drew heavily on his relationship to Argentina, which stretches back 25 years, when writing the book. That made it difficult to conceal his admiration for the man that has gained the affections of many around the world. "I felt from the beginning of the research that I understood him viscerally as a Catholic," Ivereigh says. "He's a shy man, an introvert. That's why his joyful extroversion as pope surprises those who knew him. He was always a bit like Jesus going off to pray and very bookish, with a very intense interior life."

That sounds nothing like the Pope Francis who, when he was elected pope in February 2013, summarily seemed to go right to the heart of contradicting Catholic doctrine, declaring "Who am I to judge?" with respect to same-sex marriage and flinging open the doors of interpretation for the secularly minded. Even in an October synod, Pope Francis reminded his brothers, "God is not afraid of new things," suggesting a far more liberal strain in his belief system than Ivereigh says is truly there.

"He's a radical in the gospel sense, with a radical focus on God's will and on the poor as a privileged place of encountering Christ," Ivereigh says. "He identifies with the ordinary people. He sees ideology as the opposite of holiness. He puts god first. He's definitely not a liberal. When he says, 'Who am I to judge?' he says, 'God created every one.' He described gay marriage as the work of the devil. But he can be both things. He is extremely loving of gay people. But he is totally in favor of keeping marriage conjugal-centered. He is an Orthodox Catholic."

So how did such an Orthodox Catholic come to power and celebrity at the same time? Ivereigh says that as a Jesuit, Pope Francis' focus on poor people goes to the heart of his vows of chastity and obedience and has touched many deeply. "So much of what he has done has been disarming because it is disconnected from how people think about the papacy. He

is always totally himself," Ivereigh says. That includes carrying his own briefcase on a plane to Rio, traveling by subway or living in simple quarters instead of in a palace. Pope Francis does these things not because he isn't aware that he is pope but because the human being is not subsumed by the role.

"He doesn't want to put distance between himself and ordinary people," Ivereigh says. "It's important because in modern society, how you travel says a lot about you. He would always travel by ordinary means. The security is often in big black limousines. He doesn't do fear. He has complete confidence in God."

One of the more majestic qualities of Pope Francis, and one that puts him in the same category as legendary great reformers of the church like Pope Saint Leo the Great or Pope Saint Gregory the Great is what Ivereigh calls in the book "a once-in-a-generation combination of two qualities seldom found together: He had the political genius of a charismatic leader and the prophetic holiness of a desert saint."

What comes across most simply in the Great Reformer is that Pope Francis is able to wield power while also not putting on airs; he can build consensus, delegate and at once, says Ivereigh, "move the global church to shake off old attitudes to take on new ones. He has the capacity for articulating where the church has faltered and where it can be restored. People understand that he is a person totally focused on God and the good of the church."

Ultimately, Ivereigh says the pope will be remembered as a leader with the ability to read the heart who also refocused the church on the poor by bringing the dynamism of the Latin American church into what has been a tired and self-regarding church. "He communicates what needs to be said. He can be scathing and offensive about the church in particular," Ivereigh says. "But that a man that is so totally in touch with his feelings and also can be so fully other-centered is the leader of a complex institution like the Catholic church is something of a miracle, really."