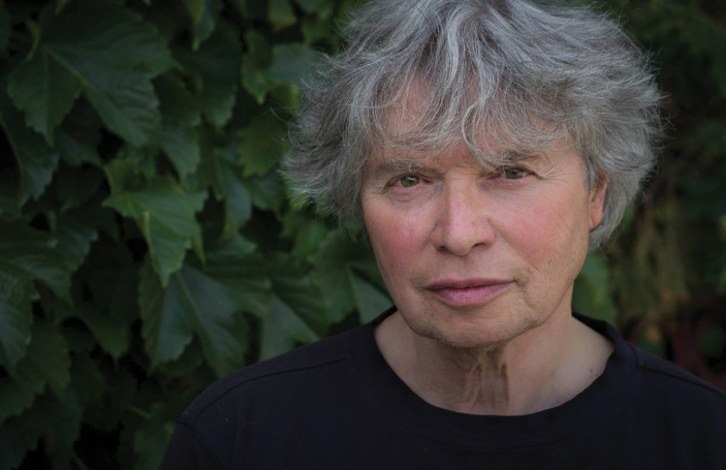 Papa penguins are dedicated to incubating eggs, while grizzlies aren't opposed to eating their cubs if a snack attack strikes. The devotion of dads in the animal kingdom is as varied as the spectrum of human affection. Though there isn't the threat of patriarchal cannibalism in Avi's The Most Important Thing: Stories About Sons, Fathers, and Grandfathers, there is a solid devotion to capturing nuances in the relationships among grandfathers, fathers, and sons. The apparition of a beloved dead father, the desperate hopes of a son to lure his dad home, and the interview process a would-be stepfather is subjected to are only three of seven short stories in this anthology. When I call Avi, fast at work in his Rocky Mountain neck of the woods, I cut to the chase. What was it like with his own father?

"Lousy," Avi says. "He was pretty much a narcissist. Not a good guy. He had his good points, I’m sure. It’s just that he didn’t feel comfortable with me, and he liked to think of himself as a macho guy and I wasn’t.” Avi recalls that his father had writing aspirations that he didn’t pursue professionally. When it was apparent that Avi had the same writerly muscle to flex, he thinks his father couldn't properly deal with his good old-fashioned resentment. “I’m not sure he ever read anything I wrote and tried to discourage that a great deal,” he says.

Enduring a lousy paternal relationship would make it easy to use an anthology to systematically blast all father-son bonds in a fit of literary revenge. There is indeed one such autobiographical story in the collection, cathartic in avenging the wrongdoings to a younger Avi, but the strings of the reader’s heart get tugged too as sentimental and sillier sides are explored.

One can only guess that that’s because this is the kind of emotionally involved and evolved father Avi is to his own children and stepchildren. Maybe if you're conscious of the fact that your father is an egotistical jerk, you’ll try to become a better parent. “When I became both a father and a stepfather, I was a little bit more conscious of ‘I’m not going to do that, I’m going to do this.’ And so you think a lot about that, and since I write for young people, it’s inevitable that I think about family and relationships, so that’s where all [these stories] come from.”

Having had a troubled relationship with my father, I struggle to understand what an ideal father-son bond is like. Is there a magic moment of understanding that transcends any sort of disagreement or culture clash? And what is this most important thing that the title portends to unearth?

“The notion is that when you have kids, it’s easy enough to love your child,” says Avi. “It’s sometimes extremely difficult to convince the child that they are loved. Kids often require something that allows them to feel loved by a parent, and it’s very complicated. I think that’s your only ultimate psychological responsibility as a parent: to convince your child that you care for them.”

Parenting is unswerving in its complications and emotional obstacles. As candidly as Avi admits the difficulties in parent-child relationships, he freely admits a difficulty in the relationship with his craft.

“Writing doesn't come easy to me. I have a certain mantra: writers don’t write writing; they write reading. It’s my skill as a reader that informs my writing. And if I sense that the momentum isn’t there, I insist upon tracking down that intuitive response.”

I tell him that whatever he’s doing seems to be working. “Don’t read what’s on my screen right now,” he dryly responds.

Gordon West is a writer and illustrator living in Brooklyn. He is at work on his own picture book and a teen novel.