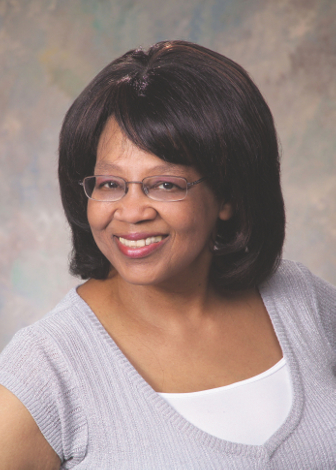 Chicago native Barbara Binns started writing books as most writers do—as an avid reader who dreamed of sharing her love for reading with others. But her path was as nontraditional as that of T’Shawn, the 12-year-old protagonist who loves to swim and digs country music in Courage, her first middle-grade novel to be published by a large press.

It’s a timely, layered, and multicultural book about a young man, like so many other young men of color, who has to deal with some of the mature realities of life early on. T’Shawn’s older brother, Lamont, who went to prison for gangbanging, is being paroled early. With the addition of Lamont, T’Shawn and his mother and sister, still recovering from the death of the father of the family, become a family of fourwhile T’Shawn also attempts to pursue his passion for swimming.

Binns said she intentionally picked a nontraditional sport for T’Shawn based on her daughter’s experience as a swimmer. “I got tired of hearing that black people don’t swim, we sink,” Binns says. “It was fun to write [T’Shawn] as a swimmer, because after all those diving and swimming lessons, I got to use what I learned.”

T’Shawn’s character also taught her something surprising in the midst of writing Courage. “Some of the discoveries he and his brother have about country music and rap, I made too,” Binns says. She mentions the popular country duo Florida Georgia Line in particular. Country music became a more fundamental aspect of the book than she initially thought it would “because I loved this music,” Binns says. “But I also wanted to make the point that this little black boy does not fit into a box; his box is the whole world. That’s what I wanted for him.”

Chicago is known as a place of great opportunity for African-Americans dating back to at least the Great Migration, and, perhaps fittingly for Binns’ writing aspirations, it’s also the adopted home of America’s most enduring symbol of black male progress, former President Barack Obama. Binns had careers in biochemistry and information technology at the University of Chicago, though for years she nursed dreams of writing while raising her daughter.

“Writing always felt like one of those God-like properties,” Binns says. “It felt like you had to be a superperson to write.”

Ten years ago, she decided to take the leap. Writers’ groups often hold conferences in Chicago, which helped her explore some options without having to travel or spend a lot of money. The first of these groups was the Romance Writers of America, and for a time, she wrote romancefor adults.

But her path to writing Courage was set after attending a seminar about struggling readers during an Association of Writers & Writing Programs conference in Chicago. “The presentation was about why boys don’t read,” she recalls. “They could only find one boy who would attend and speak. There were four girls. After that, I stopped writing for adults and started writing for kids. Because I love reading so much and I wanted to share it. I wanted to give this to kids who feel like, ‘Why should I read something that has nothing to do with me?’ ”

Joshunda Sanders is an author and educator in New York City.