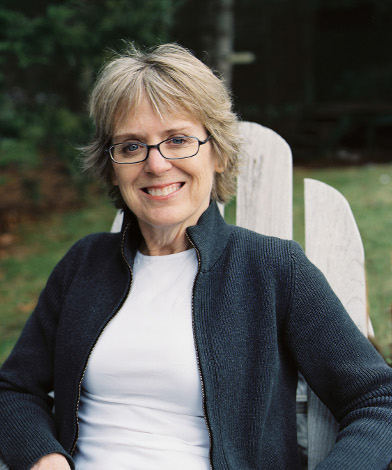 Over 23 years and 12 novels, Barbara O’Connor has mined the riches of imagination and experience to lovingly present middle-grade characters from middle-class, working-class, and hardscrabble backgrounds.

“It’s very surreal, to tell you the truth,” O’Connor says, on being interviewed for our Legends Issue. “To take a step back and look at when I started, where I’m from, and where I’ve gone—I’m pretty darn lucky, I feel really blessed. Sometimes I can’t believe that I’ve been in this business this long.”

She grew up in South Carolina—a lover of dogs, tap dancing, school, and her family’s frequent car trips into the majestic Smoky Mountains—and its people, places, dialects, and delicacies imbue her novels with a distinctly Southern cadence and charm. That’s just part of the reason why they’re perennial favorites, frequently chosen by teachers and librarians as classroom read-alouds. They’re also honest, heartfelt adventures from “a master storyteller,” as our critic puts it, who doesn’t preach to young readers.

“My goal when I write is to entertain kids, to tell a fun story,” she says. “I’m certainly not one to want to teach a lesson. Most of my books, they come out with maybe a moral or theme that kids could [relate to], but that’s not my primary motivation.”

O’Connor’s young characters often exhibit bravery, curiosity, and heart in dealing with circumstances most adults find challenging. In one of her most popular novels, Wish,protagonist Charlie Reese has a father who’s incarcerated, a mother who’s incapacitated, and a new foster family awaiting her in the Blue Ridge Mountains. Georgina Haynes of How to Steal a Doglives in a car after her family is evicted from their apartment.

“I love to explore the human side of kids,” O’Connor says. “I love to present a variety of lifestyles and families and life circumstances—and I don’t shy away from difficult subjects, like living in a car or stealing a dog, you know—to present life the way it really is.

In her latest novel, Wonderland, Mavis Jeeter wants to have—and be—a best friend. But that simple desire is stymied every time her single mother packs their duct-taped suitcase to move them to another town. When they catch a bus out of Georgia to see about a housekeeping job in a gated community in Alabama, Mavis hopes, finally, to find a new best friend.

Rose Tully, the daughter of Mavis’ mother’s wealthy employers, is lonesome, too. As the story switches between their points of view, O’Connor illuminates a yearning that transcends class.

“Rose was the first character who came from a more upper-class echelon than my other characters,” she says, “and it was fun to write her because it was different, and I could compare the two, how Mavis’ situation was so different from Rose’s,” when it comes to education, recreation, freedom, even food. But they’ve got even more important stuff in common: They’re earnest, helpful, hopeful, and flawed.

“When I talk to kids about the various characters in my books,” O’Connor says, “invariably, they gravitate toward the most flawed character, the one who makes the most mistakes, the one who feels the most guilt, the one who steals or lies or does naughty things but feels bad about it, because they recognize that’s just human. We all make mistakes.”