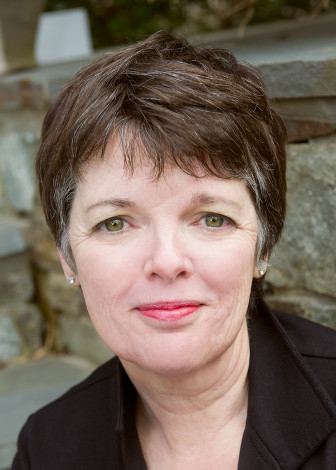 Marie, the protagonist of Alice McDermott’s celebrated new novel Someone, doesn’t get involved in the war effort in the 1940s; she doesn’t take a dramatic stand for women’s rights in the 1960s or get caught up in New York City’s crime waves of the 1980s—although the book follows her through these decades and more. Nor does she suffer extraordinary tragedy—only the commonplace tragedies of loss and heartbreak.

McDermott knows that in some ways this is an unusual, even revolutionary, topic for a novel. “On the surface, such a life doesn’t seem the obvious choice for a story. Certainly not an entire book given over to it. Glimpses of [Marie] in a larger work would be a more reasonable approach to a

ny writer who wants to be read,” McDermott says with a laugh.

Someone, McDermott’s third novel to be nominated for the National Book Award, begins in Brooklyn in the 1920s when Marie is seven years old and ends some seven decades later. “Certainly part of my interest in her as a character was that she would be a person in her own life who didn’t get much attention,” McDermott says.

It was the challenge of crafting a resonant work of art from the life of someone who had been overlooked in both real life and in contemporary fiction that drew her to this character. McDermott had to listen to her inner “contrarian” who insists, “That’s the person! I need to hear what’s going on in her inner world.”

To fully render Marie’s world, McDermott chose a chapter structure that tossed notions of chronology aside. Chapters jump across the decades, yet the story never feels jarring or disorienting because they’re driven by the gentle yet ceaseless flow of memory.

"What I was trying to discover myself, in telling her life story, was where—over the course of an entire life—does revelation, or the divine light or whatever, shine through in the most ordinary ways,” McDermott says. “Things that had no meaning [at the time] maybe had resonance when the entire life is taken into account.”

In less than 250 pages, McDermott, winner of the National Book Award and three-time finalist for the Pulitzer Prize, has trained her crystalline insight and empathy onto a person without much of a voice. The result is a novel that encompasses the scope of one woman’s life in all of its hopes, fears, and heartbreaks. What’s ordinary about that?

Richard Z. Santos teaches in a small town just outside of Austin, Texas. His work has appeared in The Rumpus, The San Antonio Express News, Huffington Post and many others. He’s working on his first novel.