Best Books of 2013: When Writing Is Part of the Relief Effort 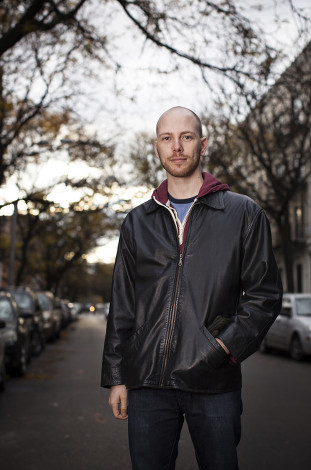 How do we approach narratives of the “other” and revise our own deep-seated assumptions about those of whom we have little understanding? It’s a question that propelled journalist Jonathan M. Katz as he wrote The Big Truck That Went By: How the World Came to Save Haiti and Left Behind a Disaster.

It’s a compelling and harrowing look at the 2010 earthquake that left—and continues to leave—Haiti devastated, and the book deftly balances Katz’s own account as a survivor of the quake with an arsenal of political and historical context, stories of Haitian survivors and their families, and grim views of the aftermath of the disaster, including poorly-directed relief efforts which, among other things, resulted in a cholera outbreak that has now become endemic to the country.

“I wanted to get a better, more accurate, more interesting, more complicated view of Haiti into the wider world,” Katz says. “As soon as you see the words ‘Haiti’ and ‘disaster’ on the cover, I think it puts people in this mindset that it’s going to be this terrible story about this terrible place. And I don’t think Haiti is this terrible place.”

As the only full-time U.S. news correspondent in Haiti at the time of the quake, Katz, who was on his way out for his next Associated Press assignment, asked to stay another year. Though he never anticipated a career in journalism—a cartoonist gig at The Daily Northwestern led to a full-time editorial position, which then led to enrollment at Northwestern’s School of Journalism—Katz took an eventual liking to foreign correspondence. “You get to cover every beat,” he says of the attraction, which began when he reported for the AP in Jerusalem during the second Intifada.

Katz’s decision to remain in Haiti and cover the day-to-day stories of those on the ground allowed him to write the kind of book he feels Haitians—and other marginalized, mythologized, poorer nations of people—deserve. “I thought it was important to put out a story to say, ‘This is not just a fucked-up place,’ ” he says. “This is very much a part of our world that we interact with all the time, whether y

ou think about it or not.”

Commonality is at the heart of The Big Truck That Went By, and Katz ultimately hopes to emphasize our human vulnerability to natural disasters and their outcomes. “What happened in Port-au-Prince could have happened anywhere. And it doesn’t have to.”

Rebecca Rubenstein is the interviews editor for The Rumpus, a contributing editor for STET, and can be found thinking aloud on Twitter.