Best Books of 2014: A Magical Year in Indie Books: 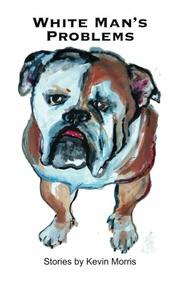 About 460,000 books were self-published in 2013, up 17 percent over the previous year, according to Bowker, which also noted that “the trend of self-publisher as business-owner, rather than writer only, continues.” The result—evident in our best Best Indie Books of 2014 list yet—is that we’re seeing many more well-written, tightly edited Indie books.

It’s even easier for self-pubbed authors to cross the shrinking divide between self- and traditional publishing. One of the Best Indie Books of 2014, Kevin Morris’ White Man’s Problems—a short story collection that Kirkus called “cleareyed, finely wrought and mordantly funny”—will be published by an imprint of Grove Press in early 2015. It’s the first time that Grove has bought a self-pubbed book.

In fact, while many standout novels and memoirs grace the list, this year’s clear winners were collections of short fiction and nonfiction. Traditional publishers often avoid such collections. (Cheryl Strayed said in the New York Times that “[a]mong even the noblest publishers, essay collections are generally as popular as a kid with head lice at a slumber party.”) But Indieland has given the format new life, especially for debut authors.

Here’s a taste of the many addicting collections of 2014, all of which earned Kirkus stars: Joe Cottonwood’s 99 Jobs, in which the author, a general contractor, looks back on a decadeslong career contending with “a variety of houses and people—most in disrepair”; Christy J. Leppanen’s sci-fi debut, Bulletin of Zombie Research, which offers counsel on combating the spread of Zooanthroponotic Occult MetaBiomimetic Infectious Encephalitis—zombies!; and two starred collections from physician, attorney and bioethicist Jacob M. Appel—Phoning Home (nonfiction) and Scouting for the Reaper (fiction)—which wryly reflect on human foibles.

These editors’ picks can live on an e-reader and are well-suited to a commute or a moment of quality procrastination. As always, happy reading! – K.S.

Karen Schechner is the senior Indie editor at Kirkus Reviews.