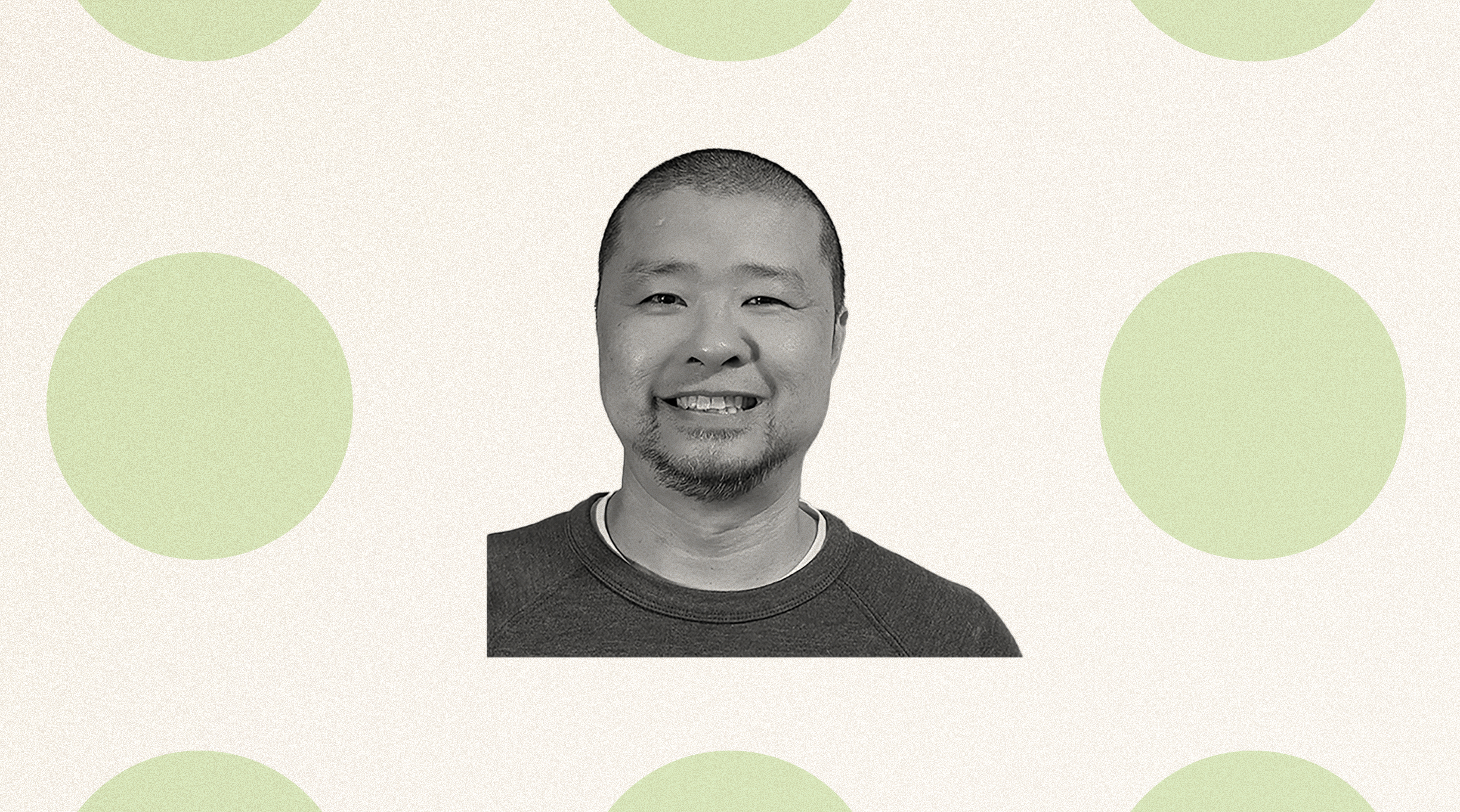 With Gibberish (Levine Querido, March 1), Young Vo makes an impressive debut—Kirkus called his book “a visually and emotionally immersive immigration story.” Vo, who came to the United States as a child refugee from Vietnam, drew on his own experiences for this deeply personal tale about Dat, a boy who arrives in a surreal, grayscale world where buses fly, where his classmates resemble 1940s-style cartoon characters, and where language is rendered in an incomprehensible, Wingdings-esque font. But as Dat adapts—and makes a friend named Julie—his world slowly fills with color and shifts to one that will be much more familiar to readers. Vo answered our questions via email.

How much of the book came from your own life?

Most of the book was grounded [in] my own personal experience as a refugee kid coming to the United States. I was definitely hearing gibberish before I felt at home.

The people Dat initially meets have the look of cartoon characters—bizarre, a little off-putting, but not truly frightening. Did their design evolve?

The cartoon characters were originally monsters similar to [the characters of] Monsters, Inc. or even Where the Wild Things Are. The monster design wasn’t really true to who I was. Growing up, I was a Saturday-morning-cartoon kid. I would sit there for hours until there were no more cartoons. I guess that explains why I graduated from CalArts with a degree in character animation.

Many children’s books about immigration frame immigrant characters as different or other; by contrast, your book frames the protagonist’s new community as strange. Why was that important?

I felt it was important to flip that perspective because it helps with empathy. It shows what the immigrant feels in a strange place and how the strangeness can go away. Another key element is that it takes only one person to help transition a strange place into feeling more like home.

Were you able to do live events for the book this year? Any memorable highlights?

A memorable moment was at the Gaithersburg Book Festival [in Maryland]. After reading Gibberish, I asked the kids why Julie changed in the story. A little girl in the front row raised her hand. I asked her, “What do you think?” She said something so soft, I couldn’t hear. I asked if she could say it again, but I still couldn’t hear. I stepped closer. She said it again. I still could not make out what she said. Then the little girl next to her yells, “She said, ‘Friend’!” I laughed. I told the shy girl that’s a good answer, and I looked at the other girl and said, “Thanks for the help.” They laughed and both smiled at each other. It was great seeing those girls work together. It was like a mini Gibberish story.

What books published in 2022 were among your favorites?

Courage Hats by Kate Hoefler, illustrated by Jessixa Bagley—a great story about our assumptions versus reality. Amari and the Great Game by B.B. Alston—I’ve been waiting since I read the first book. Shaun Tan’s Creature: Paintings, Drawings, and Reflections—I’m a big fan of Shaun Tan’s work.