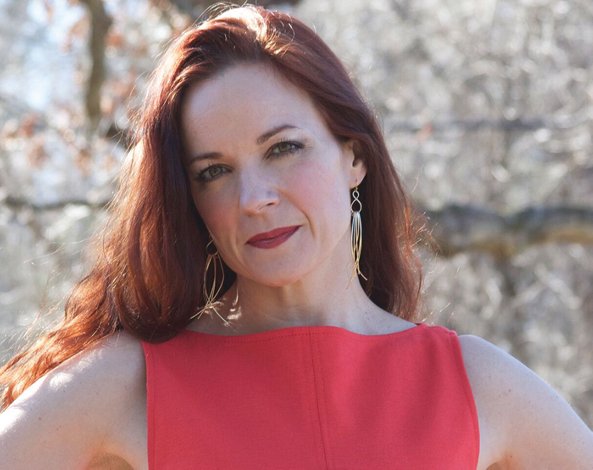 Beth Ann Fennelly’s latest collection defies easy categorization. It is not poetry, though it is like poetry, and not essays, though it bears strong similarities, and it is likewise not fiction, though the pieces are as driven as short stories. “Micro-memoirs,” she calls them; flash-autobiography, prose snapshots as compressed as poems. Some a handful of pages, some a single sentence—often about love or death or religion, but also about manicures, or Who Wants to Be a Millionaire?—the pieces in Heating & Cooling do not form a beginning-middle-and-end narrative so much as piece together the quiet flashes that make up a life.

They are memories, snippets of conversation, observations that might, in another context, slip past—would slip past—without being remembered at all: the conversation with a couple on an airplane into scuba diving with metal detectors; the comforting familiarity of the cyst on her husband’s back. She collects these quotidian moments and transforms them into the profound, isolating them from their context and then holding the untethered fragments under a microscope, not to analyze them, but to look at them, to expose them as worth looking at.

And so it is fitting that Fennelly, poet laureate of Mississippi, didn’t realize she was working on a book at all until she was half way done with it. She’d collaborated on The Tilted World (2013)with her husband, writer Tom Franklin—a big historical novel, set during the 1927 flood of the Mississippi River—which turned out to be a four-year process, and she’d had a third child, and in the immediate aftermath of both, Fennelly says, she felt like she wasn’t writing at all. “I was scribbling little ideas and thoughts in my notebook, funny little overheard conversations, little tiny memories, and I kept waiting for them to add up to something,” which didn’t seem to be happening.

Except that she was writing. “One day, I returned to my notebook and I recognized a feeling of excitement. The feeling was the feeling I have when the writing's going well.” The thing was, this writing didn’t look like writing she’d done before. “It wasn’t a novel, which is what I wanted to be doing. It didn’t look like essays, it didn’t look like poetry.” A paragraph-long piece didn’t compute as a finished product. “That’s garbage,” she remembers thinking. “That’s nothing, that’s the beginning of something, that’s something you throw away.” Except that she didn’t want to throw it away, and she didn’t want to add to it, because, as she puts it, “there’s nothing that needs to be said that would make this better.”

“What if I’ve been writing all along, just in a form I’d never considered?” she wondered. “What if there’s a moment that can be dignified by not being added to, or put in context?” She christened the genre “micro-memoir”—tiny moments from her past that “gain meaning by not being sewn into narrative, or explicated, or made into metaphor.” They are flashes that are most profound surrounded by white space.

And they can do what a memoir-memoir—let’s call it a macro-memoir, a regular memoir—can’t: without the pressure of conventional storytelling, it is possible to find

extraordinary meaning in the ordinary. “What if you just really slow down and thought, ‘Why do I remember that? Why have I held onto that all these years?’ or ‘What is it about this conversation that upset me, even though it shouldn't have been upsetting?’ Slow down enough to understand, to really dig into it, then it can be so mysterious, and what you realize is even an average life has mystery, has magic, drama, anger, humor. It's all there.” And it is all there, in these 52 pieces, these 52 essay-poem-story hybrids.

“I’m not a person who has suffered unusual trauma, or been in a plane crash, or the things people write memoirs about,” Fennelly says. “I'm just a mom of three, living in a small town in Mississippi, doing my job every day, going to the gym, making dinner. Even in a life like that, there’s some big drama moments.” In pieces only a few sentences long, she grapples with her mother’s cancer, the “surprise funeral” of her sister, the profound and unsung passion of middle-aged love (“there’s no apparent romance there, but there is!”).

And yet as much as the collection is about Fennelly’s own intersecting identities—writer, mother, wife, professor, woman in America—Heating & Cooling, in its own wry way, is a guide for us all. “To me,” says Fennelly, “the book ends up being a study of the choices that one makes seeking a happy life.”