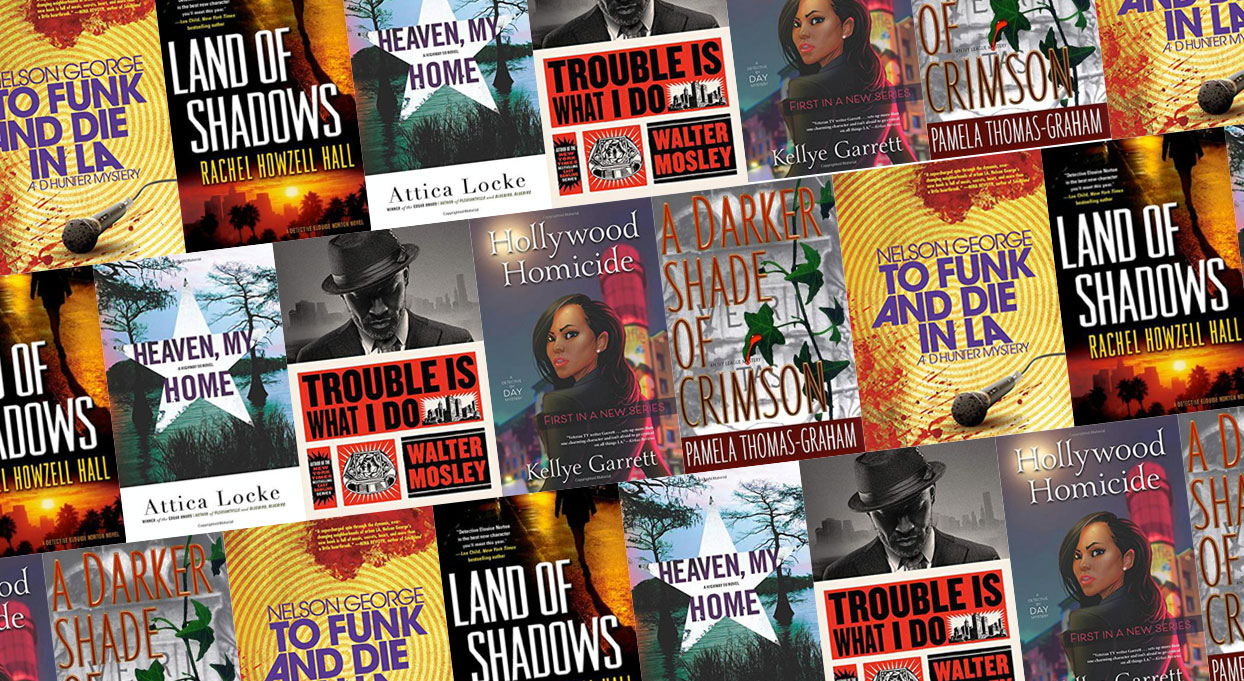 There’s something so easy about reading mysteries over the summer; once you adopt a series or two, you can sit back and wait for the next volume to show up in the bookstore, safe in the knowledge that you’ll have something to read in the park or at the beach. Two of my standby writers have been Donna Leon and Louise Penny, and it’s not that I’m not looking forward to their latest books, but I have been wondering why I’m so attached to their heroes, Commissario Guido Brunetti and Chief Inspector Armand Gamache, two dependably honest and upstanding white police detectives. As Kathryn VanArendonk pointed out in Vulture recently, “TV teaches us that cops are the characters we should care about,” and it seems like long past time to focus on more noncop detectives—particularly by black writers.

Walter Mosley has been leading the way for years, of course, with his Easy Rawlins novels and a more recent series about former boxer Leonid McGill. If you’re looking for another Los Angeles–based mystery, Nelson George’s work would be a good place to start. His protagonist, D Hunter, is immersed in the music industry as a former bodyguard-turned–talent manager. Our review of To Funk and Die in L.A.(Akashic, 2017) said, “What’s most engaging here is what feels like a fan’s ongoing argument about the evolution and present form of RB. The pages are filled with discussions including whether Jackie Wilson was more vital than James Brown…and with name checks to the likes of Madlib, the late J. Dilla, D’Angelo, and Sade.”

Former television writer Kellye Garrett brings inside knowledge to her Detective by Day mysteries. In the first book, Hollywood Homicide (Midnight Ink/Llewellyn, 2017), struggling actress Dayna Anderson decides that earning the $15,000 reward for solving a murder case would be a good way to make some money, since she did actually see the crime take place.

Switching coasts, Pamela Thomas-Graham is an entrepreneur and business executive with both an MBA and a law degree from Harvard; she’s also the author of three books about Nikki Chase, a young black economics professor at Harvard. In the first book of the series, A Darker Shade of Crimson (Simon Schuster, 1998), Nikki finds the body of the black dean of students on a staircase after a committee meeting. If you’ve ever wanted to visit the Widener Library or attend the Fogg Museum Gala, this is your ticket.

Or perhaps you’re looking for a police procedural whose sleuth isn’t a tormented white guy: Start with Rachel Howzell Hall’s Detective Elouise Norton series. The first installment, Land of Shadows (Forge, 2014), introduces Lou, who grew up in Los Angeles and now works for the LAPD, 30 years after her sister disappeared, a probable murder victim. She’s investigating an apparent suicide that she’s sure is actually a murder—committed by the same person she thinks killed her sister. Our review said the book “combines a conflicted, gutsy heroine and a complex, many-layered mystery.”

Attica Locke’s two novels about African American Texas Ranger Darren Matthews—Bluebird, Bluebird (Mulholland Books, 2017) and Heaven My Home (2019)—have both been among Kirkus’ best books of the year. Darren investigates hate crimes in small Texas towns, and our review of Heaven said, “In addition to her gifts for tight pacing and intense lyricism, Locke shows…a facility for unraveling the tangled strands of the Southwest’s cultural legacy and weaving them back together with the volatile racial politics and traumatic economic stresses of the present day.” That couldn’t be more timely.