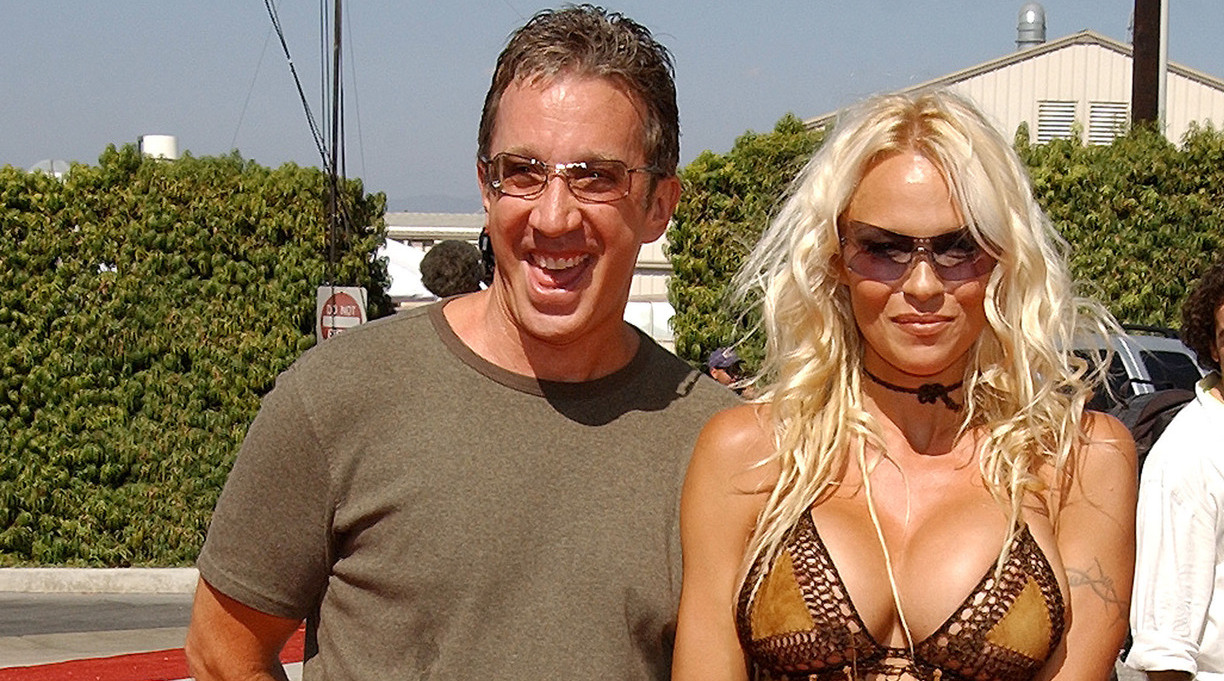 Tim Allen and Pamela Anderson in 2002. Photo by Gregg DeGuire/WireImage

Pamela Anderson claims in her forthcoming memoir that actor Tim Allen exposed himself to her when she was 23, Variety reports.

The Baywatch star writes about the alleged incident in Love, Pamela, which is scheduled for publication next week by Dey Street. A critic for Kirkus called it a “juicy story with some truly crazy moments, yet Anderson’s good heart shines through.”

She writes that the incident happened in 1991 on the set of Home Improvement, the popular sitcom that starred Allen and featured Anderson as a recurring cast member.

“On the first day of filming, I walked out of my dressing room, and Tim was in the hallway in his robe,” Anderson wrote. “He opened his robe and flashed me quickly—completely naked underneath. He said it was only fair, because he had seen me naked. Now we’re even. I laughed uncomfortably.”

Anderson had posed in Playboy magazine as “Playmate of the Month” the year before.

In a statement, Allen denied the allegation, saying, “No, it never happened. I would never do such a thing.”

The release of Anderson’s memoir will be accompanied by a Netflix documentary, Pamela, a Love Story, which the streaming service calls “a first-person account of what it really means to be an icon, a sex symbol, an actor and a mother of two—all while everyone is watching.”