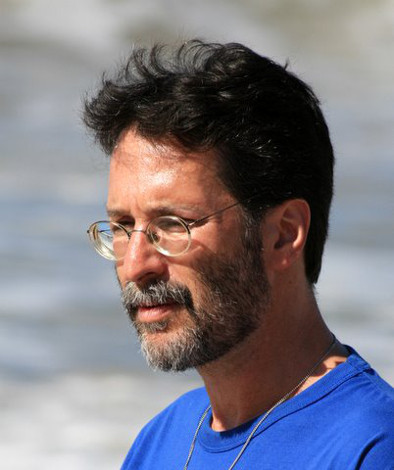 Brian Doyle’s exuberant new novel assures that imagination can be as expansive as the sea.

In the opening pages of The Plover, Declan O Donnell has set sail on the eponymous boat, heading west-then-west off the Oregon coast. The Irish-accented dairy- and fisherman has flown the coop of Mink River, a tiny town profiled in Doyle’s first fiction (2010). Led by domestic disappointments and a heathy dose of the indigenous pioneer spirit, Declan is off for a destination unknown.

“He sails right out of the book [Mink River] and never comes back: ‘Fuck it, I’m out.’ And so, no kidding, 100 times I was asked by readers ‘What happened to Declan?’ My answer was always, ‘I don’t know. How should I know?’ But the hundred-and-first time, I thought, ‘Well, that’s kind of interesting, I’ll devote a morning and see if there’s any life to it,’ ” says Doyle, whose day jobs are essayist and editor of Portland Magazine.

Three hundred twenty pages and a couple of cartographic endpapers later, The Plover is ready to sail into expectant readers’ hands. Mink River fandom is not, however, a prerequisite for full enjoyment: The Plover isn’t a sequel so much as a contiguous narrative.

Declan, for one, would like the novel to be considered alone—but what he intends as a solitary voyage is immediately disrupted by the appearance of a thoughtful-seeming seagull. “On this voyage, this particular jaunt, this epic adventure, this bedraggled expedition, this foolish flight, this sea-shamble, this muddled maundering, this aimless amble on the glee of the sea, we will navigate not by what’s in the ocean, which is elemental but really incidental if you take the long view, but by the wilderness of the bottom, which is…fundamental, so to speak, says Declan to the floating gull, who appears to be paying close attention. In my view the water of the ocean is essentially fascist,” Doyle writes.

Consciousness isn’t strictly reserved for humans in Doyle’s world, where gulls, vermin and holy beings are endowed with sense and sensibility. “The Plover carried not four beings but a dozen, a hundred, a thousand passengers at any one moment,” writes Doyle, counting the barnacles. The ocean, too, has its own agenda. “I wanted the ocean to be the hero. The heroes in our literature are often people, but there are so many other things and beings. Why not have a book where the ocean gets to speak? It doesn’t happen quite that way in The Plover, but the ocean is definitely a major character,” he says.

Once at sea, there’s no easy explanation for how various people turn up on the Plover’s deck: Taromauri, of indeterminate gender, but strong; the progressive minister for fisheries and marine resources and foreign affairs on Tungaru, who hopes to birth the utopian nation of Pacifica; Piko, Declan’s majestically bearded friend from home, and his small daughter, Pipa, who possesses a rare, radiating energy despite severe handicaps resulting from a terrible traffic accident. They’ll encounter the crew of nemesis ship the Tanets, various islanders, myriad wildlife and more on this grand adventure together.

The pace could be described as exciting, excited or breathless, which may be attributable in part to the dearth of full-stop punctuation. “My brother Kevin sent me a page of periods after Mink River. ‘You can use these, you know,’ it said—‘Did this poor child not get issued his one thousand periods when he was a child?’ ” says Doyle. “I think periods are fascist. ‘This is the end of the sentence.’ Who made you in charge? I love commas and semicolons, because they say, ‘Let’s take it slow.’ ”

Despite frequent protestations, Declan slowly comes to realize his need for others, especially in his love for the exceptional Pipa. “People can thaw. It can happen, and wow, you know, as much as you don’t want people around, when you have a child you’ve got to love, you can’t run away, you can’t hide. No matter how tall you brick up your wall, it comes down,” says Doyle.

Connection is the heart of The Plover and the heart of the matter: we’re all aboard the same ship, sailing toward the setting sun. Doyle believes that, at their best, stories help to remind us this is so: “The whole point of storytelling is to connect. It’s to rub your heart against somebody else’s heart. Grace and pain and joy and forgiveness and salt and rain: man, aren’t we teammates? We’re all story junkies, and stories matter. Stories are food.”