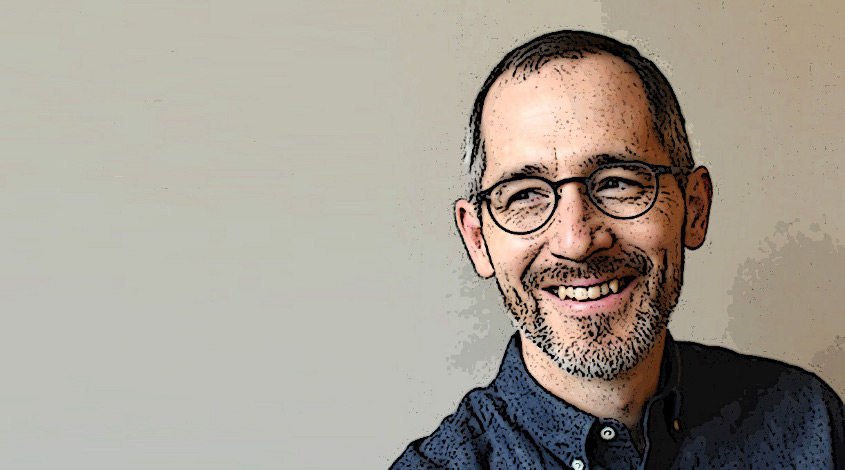 Caleb Crain didn’t want to write his new novel. The germ of the story was an imagined scene: “a melancholy gay post-grad walking down the street at dusk.” Crain had time to write—after years spent working on his debut novel, Necessary Errors, he was experiencing the relative calm of that period of time between a project’s completion and its publication—and still he resisted. “I felt it might be too depressing,” he remembers thinking. But he couldn’t get that vision out of his head. So he gave in, his research and writing briefly interrupted by the critical acclaim and success of his first book.

Overthrow opens up with the scene that started it all, except that Matthew, the doctoral student, isn’t alone on the darkening street. Making his way home after a day spent at the library, he meets Leif, whose good looks leave Matthew transfixed. As their relationship becomes more and more serious, he can’t help but get drawn ever more deeply into the younger man’s world of poetry, tarot, and the Occupy movement.

Like Matthew, Crain watched the political movement unfold with interest. “I had friends who were involved,” he says, “and I was in a couple of reading groups that were loosely affiliated with it.” He was fascinated, he recalls, by “this moment of spontaneous political optimism.” Like Leif, those he saw participating were dreamers and artists. “There was something playful about Occupy,” Crain says, noting the time he came across an Occupy knitting group. While he doesn’t remember anything as “silly” as the Occupy-inspired group he imagines in his book, centered around tarot and telepathy, he says it doesn’t feel too far from the “goofiness” he witnessed. “It wasn’t solemn,” he explains, “and I found that very appealing. But,” he adds, “being a middle-aged person meant I was also sort of concerned for it.”

Matthew shares that feeling of protectiveness. He watches from the sidelines as the unorthodox group of friends he stumbles into — a poet and a programmer, a fact-checker, a mover, and a socialite — prepare to take a principled stand. But despite his worries, he’s unable to keep Leif and the others safe from themselves, let alone from the government.

Occupy Wall Street, the most famous manifestation of the Occupy movement, brought the now-common refrain of “the 99 percent versus the top 1 percent” into the mainstream lexicon. But the fallout from the government response to their protests raised another issue entirely: surveillance.

“When the internet first got started in the ’90s,” Crain says, “it felt utopian.” By 2012, however, after the protesters had been evicted from their camps, “we were beginning to see that it had some dark sides, which have only become more clear in the past few years.”

That darkness was the almost unfettered power those with the know-how had to engage in mass surveillance. “Many of us thought that social media and the internet would open up politics and allow new kinds of mass movements,” Crain says, “and to some extent that has happened.” But progressives aren’t the only ones who know how to use these new tools. “It turns out that reactionary forces can figure it out too. They can weaponize it. They can subvert it in ways that never occurred to the people who created them.”

From the vantage point of 2019, this truth is all too evident. Whistleblowers have opened our eyes to mass surveillance programs, and we’ve seen for ourselves how campaigns of disinformation can swing elections and national referendums, stoke violence and sow distrust. “One of my great anxieties, Crain says of Overthrow, “was that the world might move on and stop caring about the internet and cyber security and privacy. I was choosing a topical issue and framing a novel around it, and by the time I finished everyone might have moved on. For better or worse,” he notes, “that did not happen.”