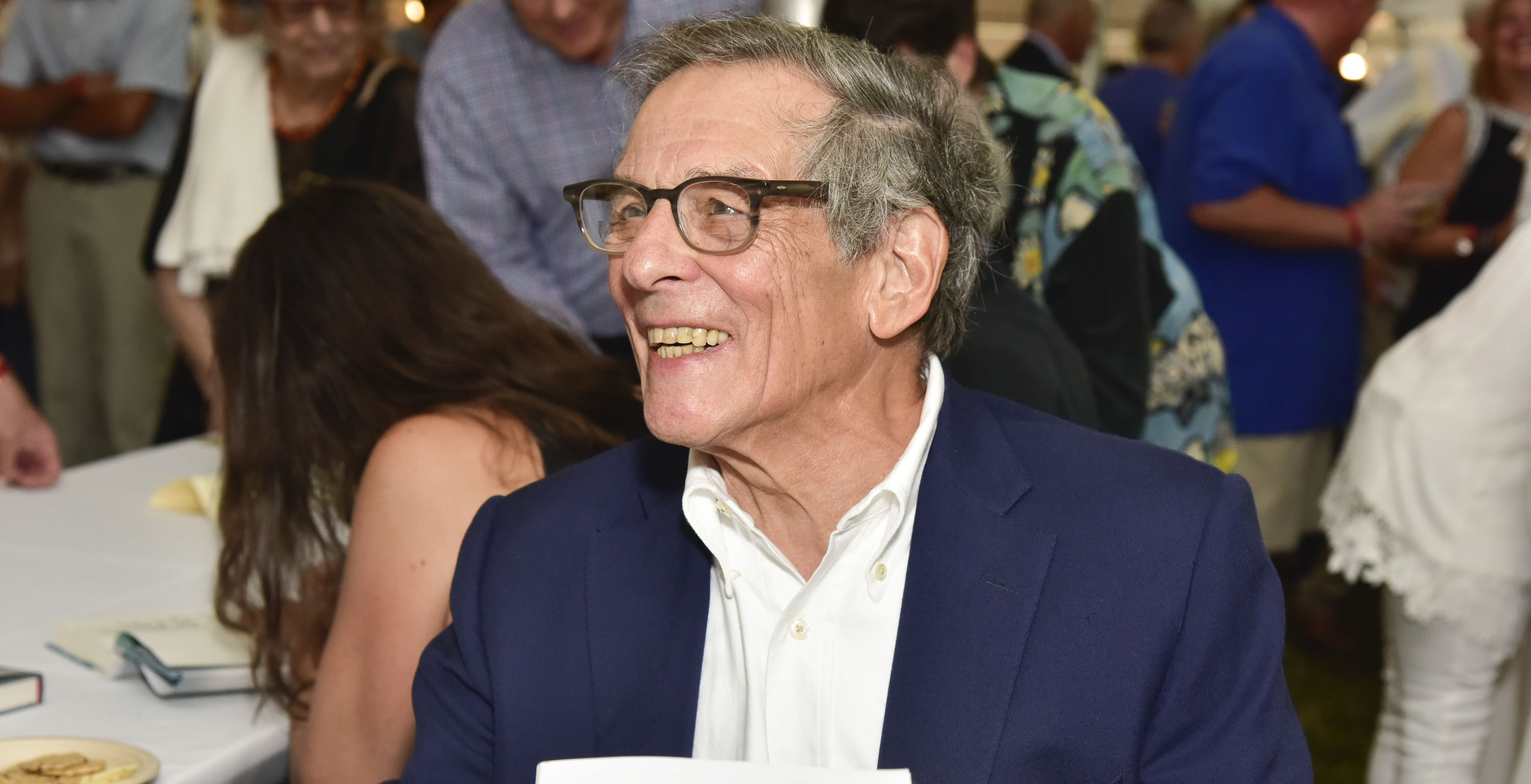 If you want to look smart, you get your picture taken in front of a bookshelf. But in these days of home-based broadcasting, polical Zoomerati have taken it to the next level.

The Power Broker, Robert Caro’s 1,246-page biography of controversial city planner Robert Moses, has been showing up regularly in the background of interviews with politicians and political correspondents, as reported in the New York Times. There’s even a Twitter feed, @RobertCaroOnRoomRater, devoted to tracking the book’s media appearances.

Errol Lewis, host of NY1’s Inside City Hall, told the Times that he noticed the red-and-white doorstopper in his colleagues’ backgrounds during the early days of the pandemic. Jonathan Capehart of the Washington Post, Jonathan Lemire of the Associated Press, and Jake Sherman of Politico may or may not have positioned the book intentionally, but there it was.

“It got to feel like there was a little code or signal being sent,” Lewis told the Times.

Caro’s 1974 book is considered a classic of political biography and a primer on how New York City operates behind the scenes; though Moses was never elected to office he had an outsized effect on the city as the appointed chairman of multiple city agencies from 1924 to 1968. In its review, Kirkus praised Caro’s “tremendous, artfully compiled detail, based on dozens of interviews and exhaustive source-hunting.”

Naturally, the Power Broker backlash has already begun. Brad Lander, a city councilperson from Brooklyn, told the Times he has not put Caro's book in his Zoom background because it has become a bit “clichéd.”

No one is enjoying the phenomenon more than the 84-year-old biographer himself. “Watching television during the last few weeks has been quite a stunning and humbling experience for me,” Caro told the Times.