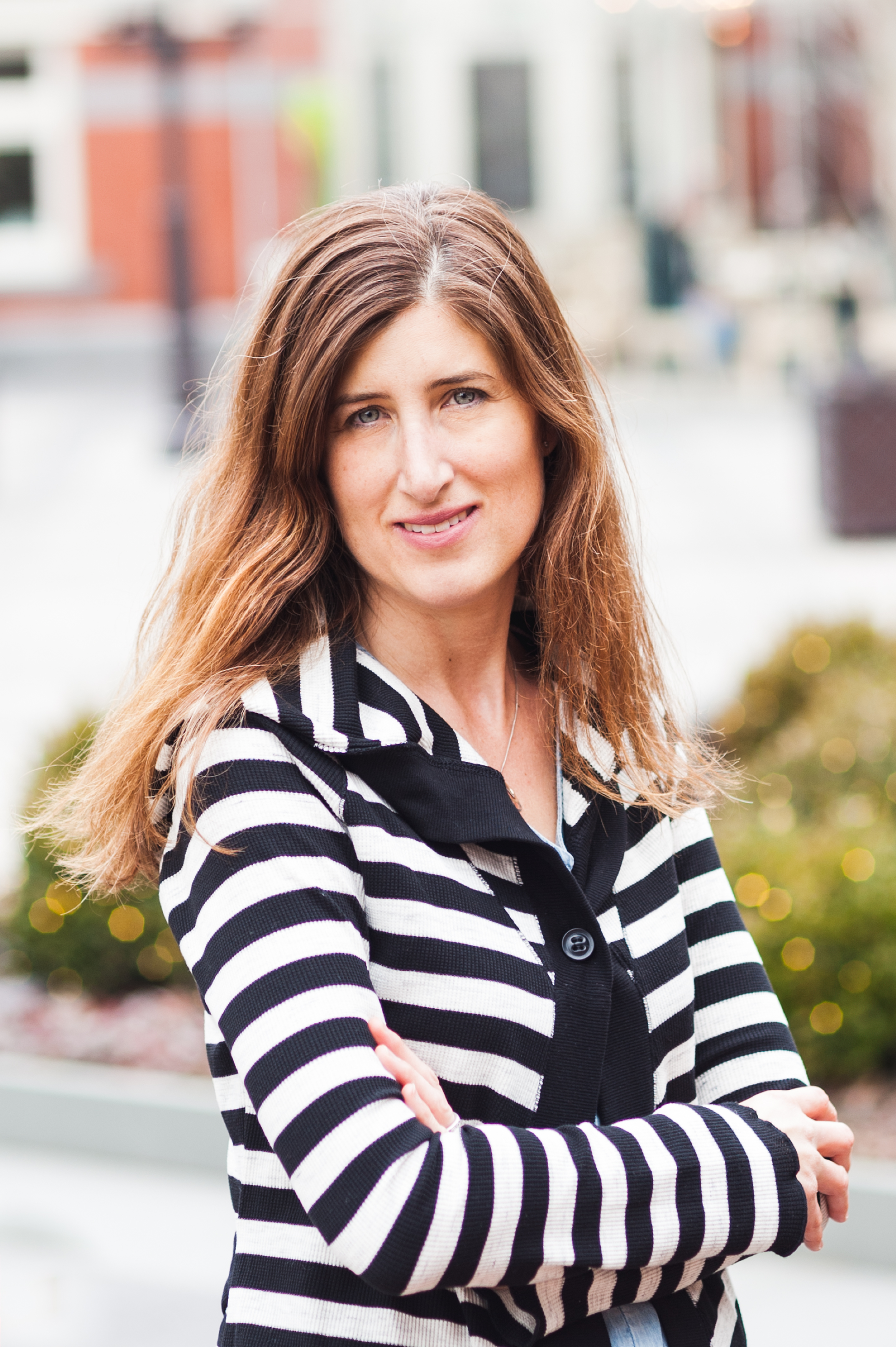 “What I love about saga novels is you can really sink your teeth into the characters,” says bestselling, award-winning YA author Carolyn Mackler (The Earth, My Butt, and Other Big Round Things, Printz Honor 2004; etc.). “I love being in this alternate world, feeling that emotional heft. It’s transcendent for me.”

Mackler’s latest novel, Infinite in Between (13 & up), chronicles four eventful years in the lives of five students at Hankinson High School in New York state. The day before classes begin, Gregor, Whitney, Zoe, Jake, and Mia are randomly assigned to the same freshman orientation group. They’re a band geek, a popular girl, a daughter of a troubled Hollywood star, an athlete, and a loner.

“On that first day they had no clue that one of them would experience the worst of losses (day 691) and another would watch her family break apart (day 38) and another would fall deeply and dangerously in love without buckling up for the ride (day 1,045),” Mackler writes.

For their mandatory team-building-type activity, they choose to write letters to their future selves, stash them in the school, and reunite at graduation to read them. In that in-between time that spans childhood to young adulthood, they’ll touch each others’ lives in both small and significant ways.

“Because Infinite spans so many years, I could write about some happily ever-afters, and then I could also write the day after—which is real,” Mackler says. “You can have these moments in high school where you finally get to be with the person you love and all stars feel like they align...but then the lights don’t fade out. You wake up the next day, and then a few weeks later someone lets you down. I loved being able to look at high school through the lens of: I have four years. I can really see these characters through lots of different peaks and valleys.”

Gregor, Whitney, Zoe, Jake, and Mia will go from being strangers to crushes and curiosities, coworkers and lovers, rescuers and friends.

“In a way that [orientation experience] gave them this bond that they didn’t really know what the bond meant—I didn’t either as I was writing it,” Mackler says. “And as I was writing it, I kept realizing they were dipping in and out of each other’s lives. Until by the end they realize, Ok, this did somehow inexplicably make us feel—it brought us together in some way.”

This undeniable bond resonates differently, at different times, with each of the teens. Of the five, it’s Mia who consistently keeps the group in focus, revisiting their cache of letters from time to time—as in April of junior year:

“As she was brushing her teeth last night, she decided she wanted to print the SAT scores and put them in that envelope. She’d stuck a few other things in there over the years, like that stolen photo of Brock Sawyer, a perfect report card, her completion certificate from IMLI. It was Mia’s lucky charm, her version of a penny tossed into a fountain,” Mackler writes.

“Mia immediately feels that these are the people I’m going to watch out for and I’m going to have my eye on,” she says. “Jake feels it midway through—wow, that was pretty profound—and he becomes a peer advisor; he tries to create that experience for other people. And some people like Zoe are like, Who was in my group? What was that?”

Mackler attended a high school not unlike Hankinson in upstate New York and remembers the profound influence of her own classmates—none more significant than best friend Stephanie Rath, to whom Infinite in Between is dedicated.