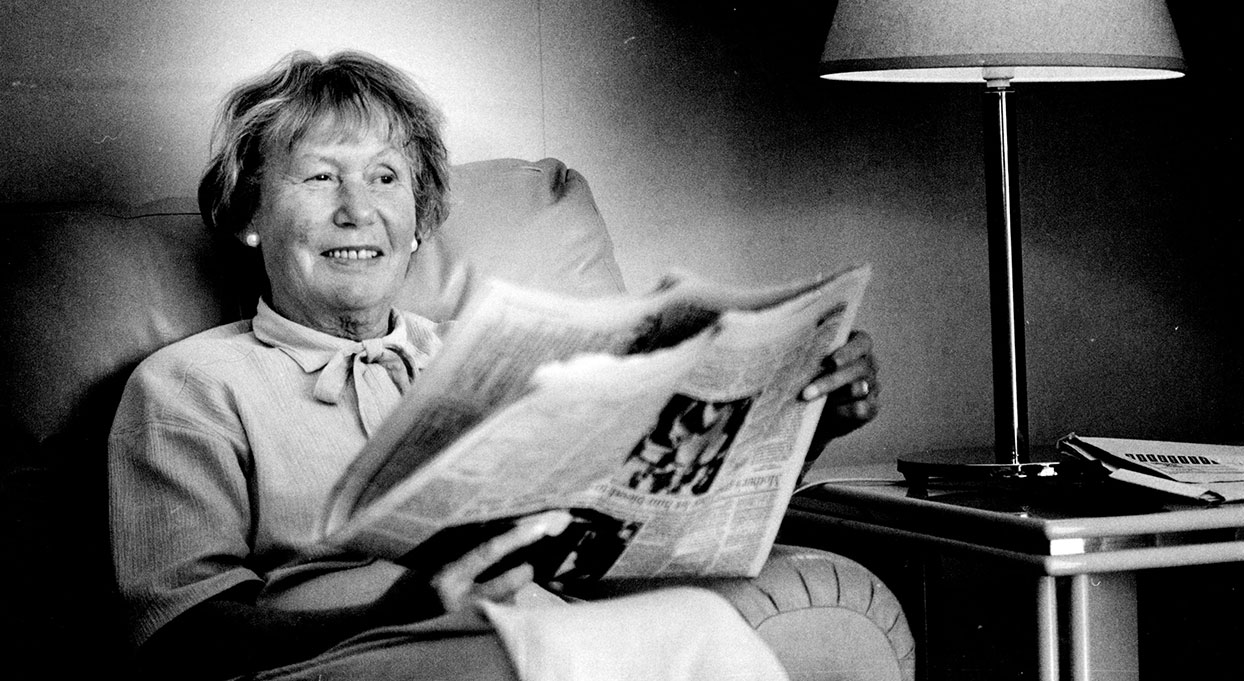 Penelope Fitzgerald, author of The Beginning of Spring, in 1991. Photo from Fairfax Media/Getty Images

Is there a book you’ve been meaning to read for ages? It’s time to finally check it off your list.

That was the case for me with The Beginning of Spring, the 1988 novel by Penelope Fitzgerald, which has intrigued me for more than a decade now. I’ve read and loved other Fitzgerald novels—Offshore (1979), The Blue Flower (1995)—and the chapter about The Beginning of Spring in Hermione Lee’s superb biography of Fitzgerald made it sound awfully enticing: the story of an English family in Moscow in 1913 trying to carry on after the mother unexpectedly decamps back to England. Lee details how Fitzgerald’s careful research—on “merchants, railway stations, ministries, churches, birch trees, dachas, and mushrooms”—is miraculously transmuted into a complete fictional world. Plus, there was Fitzgerald’s characteristic wry humor. How could I resist?

Apparently, I could. The Beginning of Spring was never begun.

Then, after a couple of weeks of sheltering in place, I saw Adam Morgan, editor-in-chief of the Southern Review of Books, proselytizing for the book on Twitter. (“I used to be a book critic, but now all I do is reply ‘Penelope Fitzgerald’s THE BEGINNING OF SPRING’ to literary question threads,” he wrote.) I confessed that I hadn’t read it and, after a friendly admonishment from Adam, agreed to finally remedy that.

First, I had to obtain a copy—a real paperback, thank you very much—from a local indie: Greenlight Bookstore in Brooklyn. When my package arrived in the mail, it felt like Christmas morning. I spent the next few days transfixed by the novel—its comedy, its wistfulness, its strangeness—and finished with an exhalation, as though I’d been holding my breath while reading it.

Why had I procrastinated so long?

Others are clearly feeling the same now-or-never resolve. In March, author Yiyun Li and publisher A Public Space launched #TolstoyTogether, a virtual book club where members would read 12 to 15 pages of War and Peace every day for three months and share their observations with the hashtag on Twitter. This daunting Russian classic was clearly a bucket-list title for many readers; the club has remained popular and the online discussion lively.

I took to Twitter myself to ask, “During this shelter-in-place period, have you finally gotten around to reading a book you’ve always meant to read? Which one?” The response was overwhelming, and the answers revealing and entertaining: Moby-Dick (“I may just be done with it when this is all over”), The Power Broker by Robert A. Caro (“my white whale”), The Executioner’s Song by Norman Mailer (“after having owned a copy for 23 years”), The Rise and Fall of the Third Reich by William L. Shirer (“I think I’m going to enjoy the fall quite a bit more than the rise”). Some titles showed up repeatedly: Middlemarch, The Iliad, The Odyssey, The Hunger Games and Harry Potter books.

A number of authors chimed in, too, with their own literary white whales: Thomas Beller (Bay of Souls by Robert Stone), Cherise Wolas (Proust’s In Search of Lost Time), Ryan Chapman (A Heart So White by Javier Marías), Peter Swanson (The Haunting of Hill House by Shirley Jackson), Sarah Weinman (George Eliot’s Daniel Deronda).

Now I’m scanning my shelves for other books I’ve foolishly put off reading and ordered two more Fitzgeralds, Innocence (1986) and The Gate of Angels (1992); I want to hold on to that feeling of a reading experience that is every bit as rewarding as I’d hoped it would be. There’s something about the moment we’re living in—the long hours at home, the awareness of mortality—that leaves so many of us thinking: What am I waiting for?