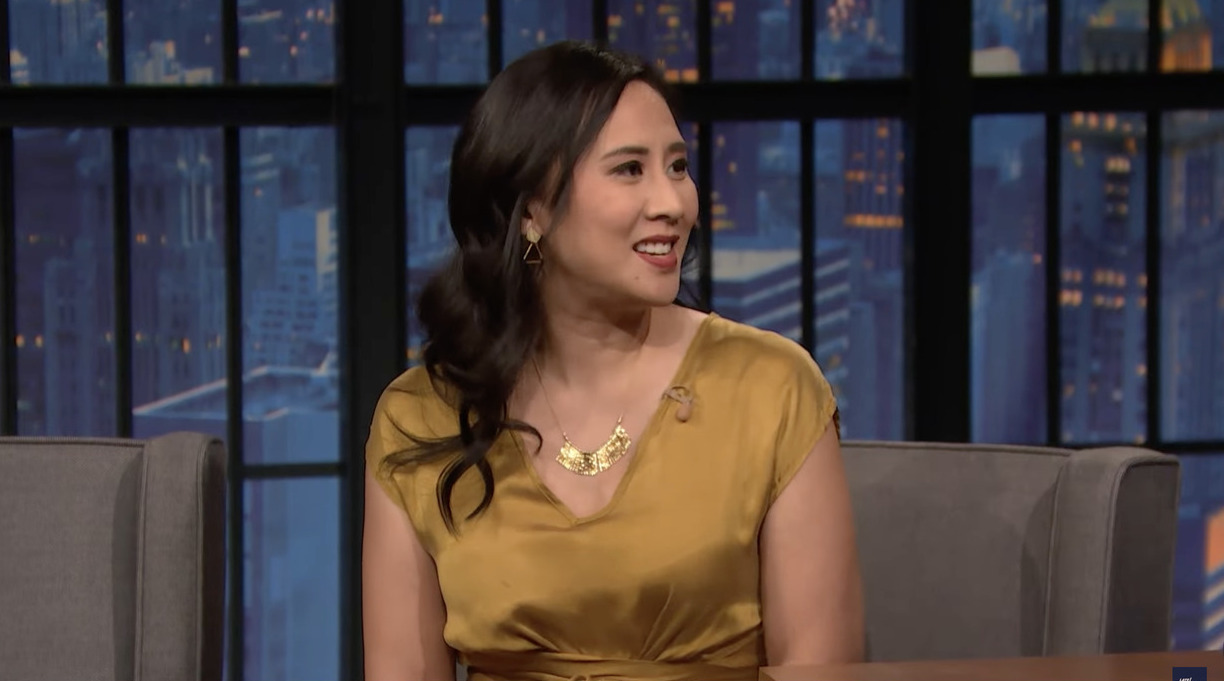 Celeste Ng stopped by Late Night With Seth Meyers to discuss her latest novel, Our Missing Hearts, with the talk show host.

Ng’s novel, published Tuesday by Penguin Press, tells the story of Bird, a 12-year-old boy living in a dystopian America in which “unpatriotic” writing is banned and the children of dissidents are relocated by government agents. Bird goes in search of his mother, a poet who disappeared years before.

Meyers asked Ng, who has a son, about the experience of writing about a child.

“I learn a little bit from him, because having a kid, I remember both how smart kids are, how perceptive they are,” Ng responded. “They see stuff, and they don’t have all the filters that we have, so they just say it like it is.…And then you also remember how kind of innocent they are, how there are some things that just go right over their heads.”

Meyers noted that Ng’s book seemed inspired by the election of Donald Trump as president in 2016, and the recent rise in anti-Asian hate crimes in the U.S. “Do you feel like you’re trying to inform, trying to educate, or is it catharsis?”

“It’s a little bit all of the above,” Ng said. “I wasn’t sure if I wanted to put that into the book because it’s a dark thing to think about. It’s something I’ve been aware of growing up as a Chinese American woman, that violence could be part of my life at any point in time. But when we started seeing all these things that are getting caught on tape, people who are just being beaten, it felt really important to look that right in the face in the book, and say, ‘OK, if you didn’t know it was happening, now you know, and what are you going to do about it?’”