The Story of One Jewish Family on Two Continents 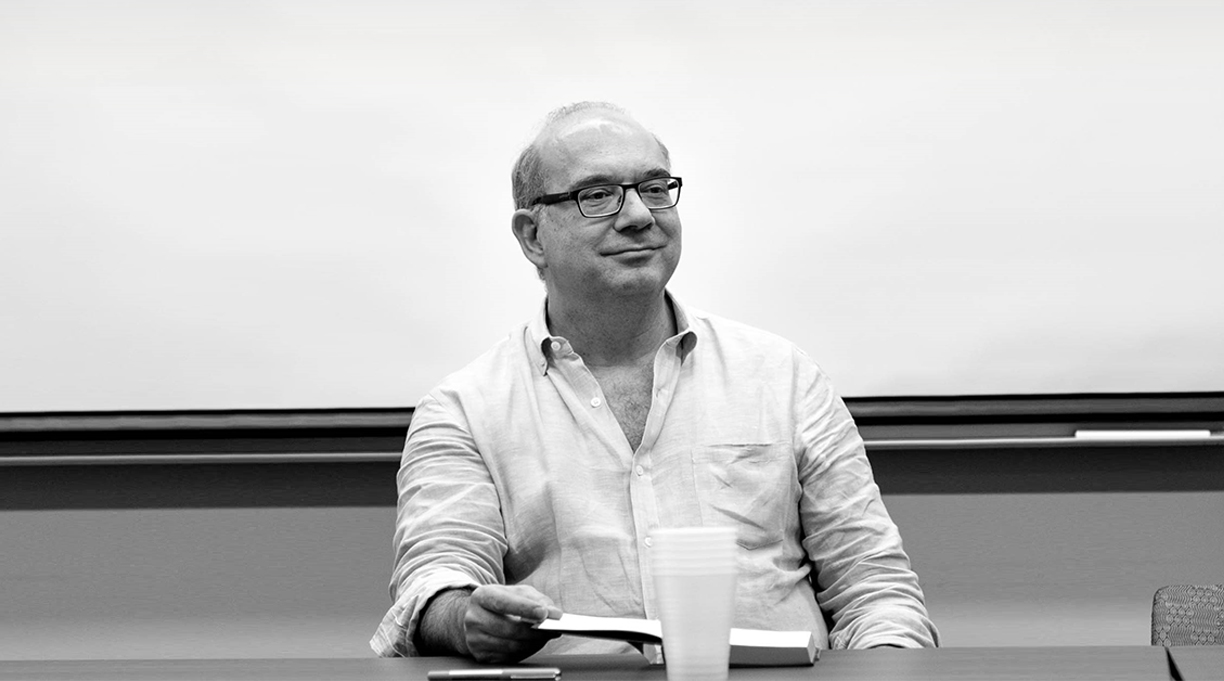 The title of Claudio Lomnitz’s new book, Nuestra América (Other Press, Feb. 9), is a nod to the Cuban poet and revolutionary José Martí. Martí’s influential 1891 essay, “Nuestra América,” was a clarion call for a pan–Latin American unity at a critical juncture in the region’s history.

Lomnitz, a professor of anthropology at Columbia University and a columnist for the Mexico City newspaper La Jornada, tells a more personal tale: the journey of his Jewish grandparents from Europe, fleeing rampant anti-Semitism after World War I, to South America, where they settled over time in Peru, Colombia, and Chile. But the book is also a far-ranging examination of the 20th-century Jewish exodus, the hierarchies of Latin American society, and the socialist ideals that could unite diverse groups of people across national and ethnic lines.

“At first I thought of [the book] in a very intimate way,” Lomnitz explains over Zoom. “But by the time I’d finished it—because writing is always a transformative process—I became convinced that the traditional formulation about Latin American culture is missing something key, which is the connection between the 20th-century destruction of Europe and what we understand today as Latin America. And Jews are an important part of that story.”

Chock-full of old family photographs, Nuestra América does offer an intimate glimpse of Lomnitz’s clan, especially his maternal grandparents, Misha Adler and Noemí Milstein. They came separately from Eastern Europe—a polyglot region known as Bessarabia, that was variously part of Russia, Ukraine, Moldova, Romania, and other countries—and met in Lima in 1927.

Once married, Misha and Noemí became part of the bohemian circle surrounding José Carlos Mariátegui, a charismatic Peruvian journalist and socialist intellectual who for many readers outside Latin America will be a fascinating discovery. “Mariátegui is a key political figure in Peru,” Lomnitz says, “because he creates a socialist party that later becomes the Communist Party of Peru. But he’s also a key cultural figure; he creates a journal called Amauta, which means teacher in Quechua, which is one of the two or three most important journals of the Latin American literary and cultural vanguard.”

As members of Mariátegui’s cadre, Lomnitz’s grandparents were participants in a sophisticated philosophical conversation about national identity. “[The] idea was basically that Peruvian national culture had been generated by turning its back to the Native population, which was four-fifths of the population at that time, and that a new national collectivity needed to be shaped,” Lomnitz says. “But at the same time, [Mariátegui] was not a nationalist in the traditional sense. He was an internationalist; he thought that rethinking Peru involved opening discussion up and out to the world. His slogan was ‘Everything that is human is ours.’ In that sense, there was a lot of space for discussion with people like my grandparents, who were multilingual and did translations from Russian and from German for Amauta.”

The subtitle of the book, My Family in the Vertigo of Translation, captures some of the complex negotiations, linguistic and otherwise, that these European Jews made in the Spanish-speaking lands that received them. Lomnitz, born in Chile and raised in Berkeley, California, and Mexico City, writes that he, too, has “remained sandwiched between Spanish and English, feeling comfortable to a certain point in each of these languages, but also insecure in both.…I have always lacked the perfect language: the one that names things without distorting them.”

In fact, Lomnitz has written two different versions of Nuestra América—the first in Spanish, published in Mexico City in 2018, and this English edition, which is less a translation of the original text than a reworking. “The book is not the same in English as it was in Spanish,” Lomnitz says. “I had to reflect more, in English, about South American cultural history and intellectual life and things that needed more explanation. I think the book, in some ways, is more precise, more specific, in English than it is in Spanish.”

Moreover, Lomnitz was able to call on other scholars and historians to “reach further into portions of the history” that had initially been difficult for him to research. Elisheva Shaul and others assisted in translating letters from Yiddish. Gustávo Álvarez Gardeazábal, a contact in Colombia, provided valuable background on a province of the country where Lomnitz’s relatives had lived. Likewise, an archivist in Germany wrote to Lomnitz when she heard about the book; Karen Strobel was able to furnish documentation about another of the book’s captivating tangents—the murder of Lomnitz’s paternal great-grandfather by Nazis in Mannheim in 1922, very early in the party’s history.

“It’s a hard book to have stopped writing,” Lomnitz admits. “I miss it. It has that range; it moves across so many places and times. If you like writing, and you love research, which I do, it’s hard to stop, at a certain point.”

Perhaps there’s another iteration of Nuestra América still to come.