This Boy’s Life, Told Through Comics 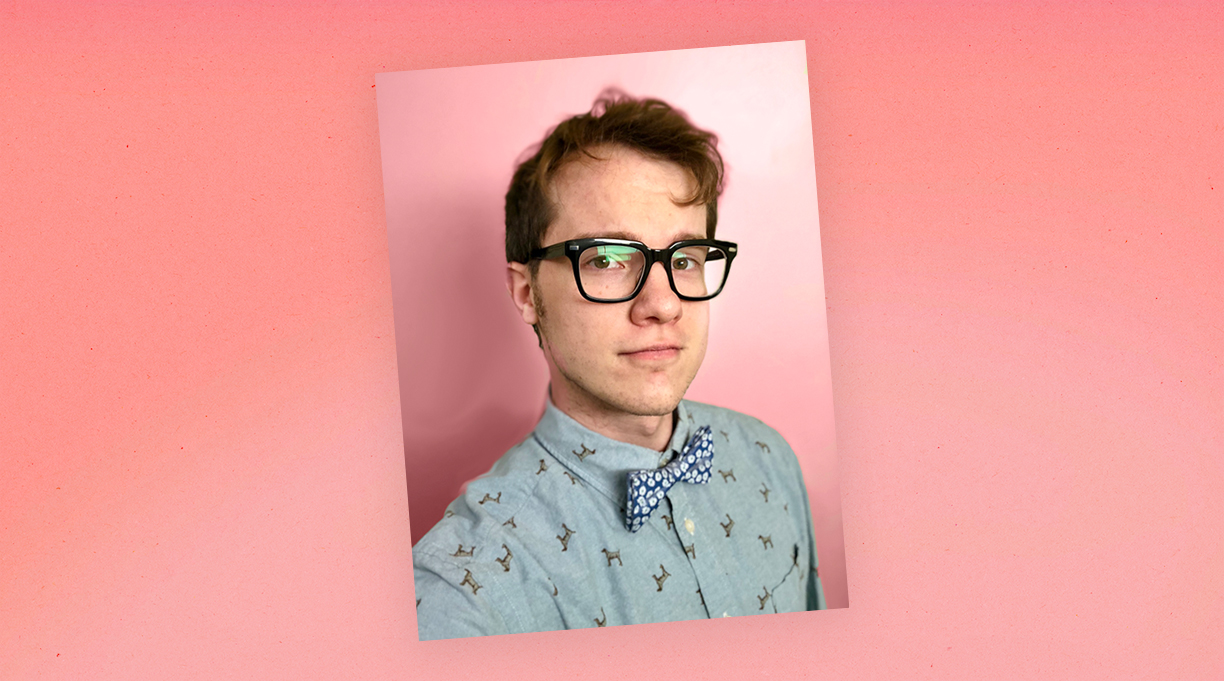 In 2017, cartoonist Damian Alexander posted a comic strip on his Tumblr about how, for a school assignment when he was a kid, he’d wanted to write about Roald Dahl’s Matilda as a character he looked up to. The class laughed at him, and the teacher responded, “What about a boy character like Superman, Indiana Jones, or Luke Sykwalker?” The comic went on to question why these rigid gender boundaries are forced on children, reinforcing the message that girls are not worth looking up to—especially if you’re a boy.

The success of that comic led to Other Boys (First Second, Sept. 28), a graphic memoir of Alexander’s middle school years, during which he was also coming to terms with the facts of his mother’s death—she had been murdered by his father, and Damian and his brother are now being raised by their grandparents. Acutely aware of being different, Damian decides to start seventh grade at a new school by simply not talking. Our starred review calls the book a “sweet, touching, and at-times scary memoir of grief and loss and coming out (mostly to himself).”

We spoke about the book with Alexander, 29, over Zoom from his home in Portland, Oregon. The conversation has been edited for length and clarity.

I understand that Other Boys began as a webcomic that went viral. What’s the backstory?

I started doing little “Peanuts”-style comic strips about my childhood. And the one that went viral was about [how], when I was a kid, I really looked up to leading girl protagonists in Kiki’s Delivery Service, Mulan, The Wizard of Oz, and Matilda. My teacher was like, “Why don’t you pick a boy character?” But the girls in my class were allowed to pick boy characters. I thought it was really weird that she did that. I drew the comic while I was on the bus to grad school for my children’s literature program. When it went viral, I was a little upset because it’s not my best artwork. But I found that a lot of people connected with it—[boys who] liked Powerpuff Girls or My Little Pony growing up or idolized the pink Power Ranger, and people told them that they shouldn’t. There were also a lot of moms [saying], “My son likes Elsa from Frozen, or Barbie, and they’re swayed not to do that.” It’s OK for a girl to dress as Spider-Man, but if a boy was dressed as Wonder Woman, we’re like, “Oh no, you can’t do that.” Like, don’t look up to women, which is a really weird message. In a subtle way we enforce an anti-feminist thing in children really early on.

Why did you decide to tell your story in the form of a graphic memoir?

At one point, when I was [an] undergraduate, I thought about writing a memoir, a grown-up memoir, because I was really into literature. And then I started to find that I really liked graphic novels. I was reading a lot of them—I had stumbled upon Raina Telgemeier’s books, and I thought they were fun. They’re for children, but they’re nostalgic, and they were talking about things that I had experienced as a kid in a time period that I was familiar with. Then I came across [Cece Bell’s] El Deafo, about a girl dealing with being deaf in the ’70s, and it triggered a memory of when I was really young. In high school I read Persepolis [Marjane Satrapi’s graphic novel about growing up in Iran during the Islamic Revolution], and I really liked it. It’s a serious topic, but it was captured in a humorous way with a kid’s perspective. I decided that if I enjoyed these books, maybe I should work on one similar to that.

You capture the bullying and the social dynamics of middle school so well. And for you, it wasn’t just being gay—there were many things that marked you as different and made you a target.

I was thinking about how [in] a lot of books, especially fiction books, the main character has the one trait that makes them different. But as a kid, I was overwhelmed by how many things I was insecure about. I didn’t want people to know about my mom being dead. I also didn’t want them to know about how she died. I didn’t want them to know I was in some remedial classes; when I was growing up, kids used a lot of ableist slurs, and I didn’t want kids to think that I was “special needs.” I was scared of people realizing that I was girly, or effeminate. I was afraid of kids finding out that I was gay. And also poor. So I just kind of stopped talking—because if I didn’t tell them anything, they wouldn’t have anything to make fun of.

One person who really made a difference in your life, and helped you to handle it all, was a therapist.

Honestly, I think most people should be seeing a therapist. We need to put more effort into people’s mental health, especially kids in middle school, who are dealing with a lot of feelings and are really overwhelmed by these feelings. Even kids that don’t have something really big, they’re going through something. I honestly think that every kid feels stupid and ugly. Even the cool, popular kids are feeling that way, which is often why they’re mean to other kids. Therapists are just good because it’s an impartial person. I guess it’s just having an outside person to talk to.

In the past few years there’s been much more public discussion about trans issues and gender identity in general. Do you think that conversation is making it easier for kids today?

There’s terminology and words to put to things. Younger kids [today] know what gay means. I didn’t even know what that was when I was in fifth and sixth grade. It took me the longest time to put the pieces together when I was in middle school, that this was an option in life. Kids [today] have the option to be nonbinary, where that wasn’t a thing for me either. I think if Other Boys was taking place now, little me probably would have been a lot different and more open about things, probably earlier. And it wouldn’t have been as difficult of a thing to go through, at least from the perspective I get from people online. Though, to be fair, I do have a little cousin who was called homophobic slurs at the mall and someone threw a spray can at her. So there’s still bullying going on. And that’s in a liberal Massachusetts town. Sometimes the internet paints this picture where things are better now for kids—and they are better, but they’re not perfect.