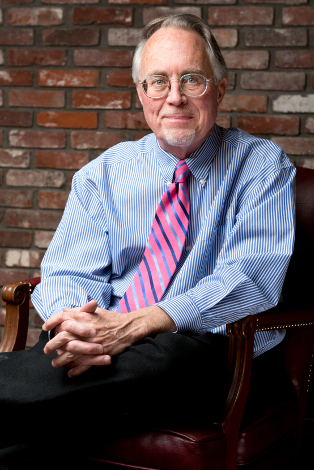 Barack Obama has been portrayed as being many things over his life and political career. Some have thought him flippant, coasting by on charm and glibness. Others have thought him suspect. Admirers and detractors both have found him aloof, though very few have doubted the fact of his formidable intelligence.

And admirers and detractors alike have also found Barack Obama, on his long arc to the presidency, to have been a man of many agendas, not all of them transparent.

Obama’s manifold faces emerge in the pages of the new biography Rising Star: The Making of Barack Obama, which, at nearly 1,500 pages, is beyond exhaustive. To capture the many facets of the man who, through hard struggle and endless ambition, did indeed achieve his goal of becoming the nation’s first African-American president, Pulitzer Prize–winning historian David Garrow hit the road, conducting more than 1,000 interviews and turning over, it seems, every bit of paper he could find connected to his subject.

“I talked to everyone, and whenever I could I did so face to face,” he tells Kirkus Reviews. “When you go visit people in person, they’re more forthcoming than when you talk to them at a distance.” He talked to everyone indeed: political operatives, classmates, even the tax attorney who advised the community groups that Obama helped found in Chicago. In his search, he turned up material and moments that other biographers have not worked—so much so, Garrow notes with satisfaction, that New Yorker editor David Remnick, author of The Bridge, has called his book both “solid” and “credible.”

One of the constants that Garrow turned up in the course of his research is a theme that he returns to often: invention and reinvention. Long ago, Obama determined that he would become a success, remaking himself many times, shedding the frivolity of a dope-smoking youth to become a serious scholar and activist. This was not always to the good, for, Garrow writes, “while the crucible of self-creation had produced an ironclad will, the vessel was hollow at its core.”

Obama, Garrow remarks, is immensely skilled at “putting things into silos,” compartmentalizing and classifying people and events. Michelle Obama mildly complained about the habit to Oprah Winfrey, a powerful ally, and it sometimes led Obama to do curious things—for instance, sponsoring a bill in the Illinois legislature that he then didn’t vote for, reckoning that it might do him political damage in a battle between contending labor unions.

That he did so without any evident emotion added to his image as a calculating, even Machiavellian master of realpolitik. Says Garrow, “The Barack Obama who was a state senator in Springfield was much more of a progressive than the Obama who became president, much more attuned to issues of labor, immigration, and the like. I think he became a prisoner of his own ambition when he ran for national office.”

Yet, Garrow allows, Obama proved effective as a leader in many ways. “Most of his presidential legacy,” he says, “will be in the arena of foreign affairs. But he did some good things at home, too. In my view, his greatest domestic achievements were the appointments of Elena Kagan and Sonia Sotomayor to the Supreme Court. They both turned out better than the insider community ever expected, and they’ll be there for another 25 years, long after people have stopped talking about Obamacare or the environmental regulations that are now being reversed.”

At bottom, Garrow considers his book a kind of cautionary tale. “I hope that reading it will encourage people to stay close to their ideals,” he says. “Think what might have happened—we might have had universal health care.” And, perhaps, Hillary Clinton in the White House.