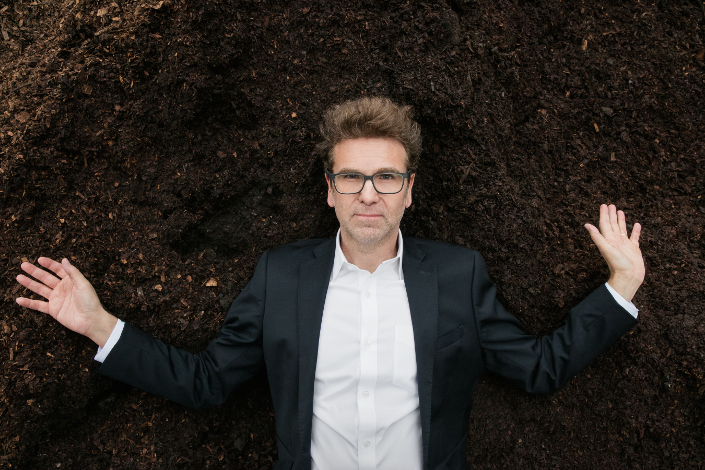 To hear David Means tell it, his first novel Hystopia has been a long time coming: in many ways, since his debut, A Quick Kiss of Redemption and Other Stories, came out in 1991. “The pressure has always been on me to write a novel,” Means admits by phone from his home in New York’s Hudson Valley, referring to the expectations of not just the publishing industry but also family and friends. This is the conundrum faced by the short story writer, and Means is among our best. His 2000 collection Assorted Fire Events won a Los Angeles Times Book Prize and was a finalist for the National Book Critics Circle Award, while The Secret Goldfish (2004)—the title offers an homage of sorts to Holden Caulfield, whose brother D.B. wrote a book of the same name in The Catcher in the Rye—was shortlisted for the Frank O’Connor International Short Story Award. “Once I published A Quick Kiss of Redemption,” Means recalls, “I had a tremendous sense that my next book was going to be a novel. But after The Secret Goldfish, I resigned myself to sticking with the story form.”

Resigned is an interesting word for Means to choose, since his approach to short fiction is often revelatory. His stories traffic in lost opportunities, blown chances, the moments trouble finds us, when hope (or even aspiration) is revealed to be the most pernicious sort of lie. The same is true of Hystopia, which unfolds in an imagined early 1970s America, where John F. Kennedy is still president, having survived half a dozen assassination attempts, and the U.S. has been broken by the fallout from Vietnam. Taking place in an environmentally devastated Michigan (ironically, one key location is Flint), Hystopia imagines a culture beset by a kind of collective case of post-traumatic stress disorder, in which veterans are re-trained, or “enfolded,” by a federal organization called the Psych Corps, until their most irreconcilable memories have been effectively repressed. Indeed, the main movement of the narrative revolves around a pair of returned soldiers, one a killer without conscience, and the other the Psych Corps officer who must end his spree.

“I don’t see it as an alternate reality,” Means insists about the liberties in his fiction. “I see it as a destabilized historical landscape. It reminds the reader that history is malleable. It feels inevitable after it has happened, but in the moment, it could go any number of ways.” That’s a key point, and an important lens through which to read the novel, which is realistic, character-driven, despite the extremes of its conceit. Presented as a manuscript left behind by a veteran who has committed suicide, it comes complete with explanatory notes to offer context—although this may be part of the illusion. “I wanted to write the kind of book I would have read as a kid and liked,” Means explains. “Instead of a straight-up piece of war fiction, I wanted to write a big war novel in the vein of Catch-22 or Slaughterhouse-Five.” The idea is to evoke both the craziness of the era and the longer-term effects of that trauma on our national life. “I started writing the book,” he continues, “around the time the Iraq War was beginning, and so for me it is as much about Iraq as it is about Vietnam, about the mechanism of coming home.”

The same, of course, might be said of Catch-22 and Slaughterhouse-Five, both of which used the dysfunctions of the Second World War to comment, obliquely or otherwise, on Vietnam. For Means, this is part of what a novel offers, this expansive point-of-view. “I love writing short stories,” he says. “The short arc is gratifying. But with a novel, you’re swimming way out, until you can’t see the shore. The pleasure is the space, knowing that there is something more to chew on.” If this sounds like a defense of the novel as a social document, that, or so Means argues, is entirely the point. “The story form,” he suggests, “is inherently about a certain kind of isolation. The novel is more social. It’s bigger; it has to be.”

David L. Ulin is the author, most recently of Sidewalking: Coming to Terms with Los Angeles, a finalist for the PEN/Diamonstein-Spielvogel Award for the Art of the Essay. A 2015 Guggenheim Fellow, he is the former book critic of the Los Angeles Times.