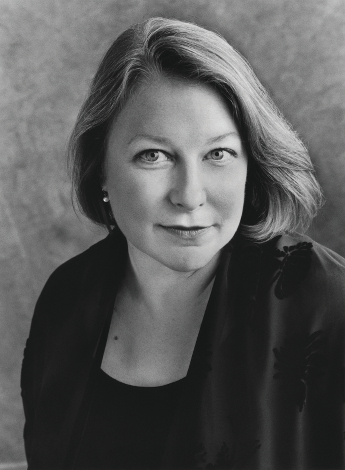 Deborah Harkness’ best-selling supernatural All Souls trilogy—which now concludes with the eagerly awaited The Book of Life—features vampires, witches and daemons, but no werewolves. “I simply couldn’t figure out how biologically werewolves would work,” says Harkness. “I could figure out how everything else scientifically could be possible,” but werewolves “strained the bounds of the universe too much. Having decided it didn’t fit into the model, I kind of make it into a running joke.”

While “witches have supernatural abilities and their behavior is not bound by the limits of nature...vampires and daemons…are preternatural,” Harkness explains. “Those kinds of categories were pretty rigorously maintained [in the books]. I think because I’m a historian of science, that was important. I tend to be one of those people who makes categories and lists.”

In The Book of Life, science and magic play equal, complementary roles. Witch and Yale professor Diana Bishop is searching for Ashmole 782, a missing magical manuscript (and the fabled Book of Life of the title) that might explain how she could possibly be pregnant by her vampire husband, Matthew de Clermont, and also chart the future of all three races, now threatened with extinction. Meanwhile, Matthew, an Oxford medical researcher, looks for those same answers in genetics.

If any of Harkness’ readers thought the science explored in the previous books were mere “filler,” they’re in for a surprise. The science was “a crucial element,” Harkness notes. “There wasn’t a lot of point of it being in there otherwise. I was most fascinated by the question, ‘If these creatures really existed, what would the world have to be in order to support them?’ ” Questions of this sort are what “I explore with my students about how people thought the world worked 600 years ago.”

That sensibility also fuels the structure of the vampire clans in the series. Many other authors of vampire fiction imagine vampire clans consisting mainly of wealthy vampire lords, eternally rich and noble. But Harkness’ de Clermont clan includes many loyal vampire servants. I wondered how someone could be content to be a housekeeper over the centuries, as the vampire Marthe seems to be.

Today, “we all assume that what we want to be is lord of the manor,” Harkness says. But hundreds of years ago, “everyone had a place, there wasn’t a huge amount of social mobility. Why didn’t the peasants rise up? They thought that was how the world worked: Some people were lords and some people were peasants. Maybe there were thousands of foiled attempts at revolution, but I doubt that. You can’t have leaders and no followers. It kind of necessitates a pecking order…Marthe may never have wanted to be anything else. Not every vampire can be a king. There are all different kinds of ways to be powerful.”

As a 1,500-year-old vampire, Matthew de Clermont is a product of that older worldview. This is why it’s such a challenge for him in The Book of Life when he must challenge and then break away from his brother Baldwin, the head of the de Clermont clan. “Matthew is being encouraged to do something that is not in his script.” In contrast, his vampire son Marcus is a “child of the American Revolution and says, ‘Let’s revolt.’ ”

Harkness pays similar historical fealty to the many manuscripts, books, and artworks mentioned in the series. Readers may be surprised to know that “Ashmole 782 is a real manuscript, and it’s really missing” from the Bodleian library. “The letters at the Beinecke are all real. The Kircher books are real. I don’t make up anything,” Harkness explains. With respect to the art, “a lot of them are real pieces, some of them are real pieces that are lost, and some of them are pieces we don’t know about,” though they could plausibly exist.

The careful reader will find many such historical nuggets. For example, a character named T. J. Weston plays a crucial role in Diana’s quest for Ashmore 782. I correctly surmised that this was an allusion to the poet Elizabeth Weston, who was the stepdaughter of Edward Kelley, the real-life alchemist featured in the previous book, Shadow of Night (he was probably not actually a daemon, though). “A lot of my readers enjoy following up and finding the Easter eggs,” Harkness says. “I know about Kelley and his contemporaries because I wrote my dissertation on them. I needed someone in the present to be linked to Kelley.”

After her promoting her book, Harkness intends to return to her scholarly pursuits. She’s returning to the classroom; she wants to reconnect with her students. However, “I will keep writing fiction,” she says. “I have a bunch of ideas, and have to wait to see which one is next up on the drawing board.”