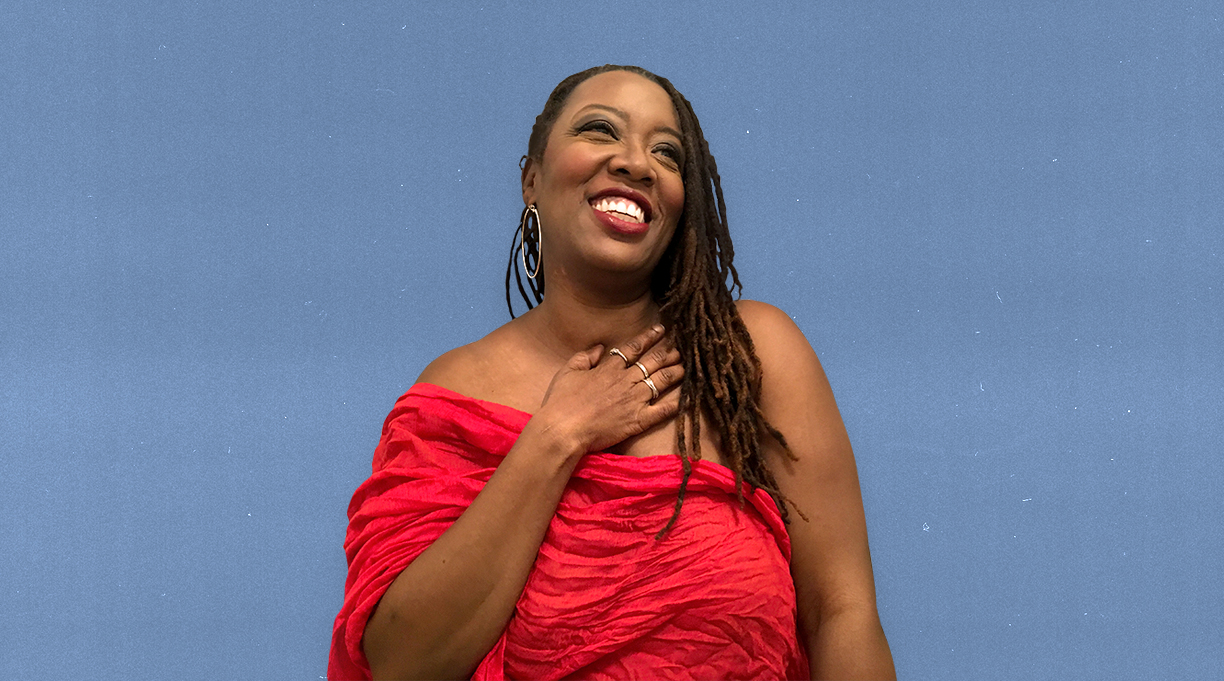 When the finalists for this year’s National Book Awards were announced, at least one of the fiction titles seemed to come out of left field: Deesha Philyaw’s The Secret Lives of Church Ladies, published in September by West Virginia University Press. But it wasn’t a surprise to anyone who’d read the book, a collection of frank and moving stories about Black women such as the 40-year-old narrator of “Eula,” who wishes her occasionally sexual relationship with her best friend could be more, and, in “Jael,” the woman who reads her 14-year-old great-granddaughter’s diary only to discover the girl is erotically obsessed with the preacher’s wife. Our review said, “No saints exist in these pages, just full-throated, flesh-and-blood women who embrace and redefine love, and their own selves, in powerfully imperfect renditions.” Philyaw, who is a Kirkus reviewer, spoke to us by Zoom from her home in Pittsburgh; the conversation has been edited for length and clarity.

You’ve been writing fiction for about 20 years, and this is your first published book of fiction. How did it come about?

The collection actually was a detour. I’ve been working on a novel since 2007, and before that, I was working on two other novels, and they always had what I now recognize as a church lady, though I wasn’t thinking of it in those terms. There are  just those tensions between who we are and who we want to be, and what we feel and what the church says we should be. These are really constricting binaries that stuck with me from my childhood—seeing women in the church and seeing women out of the church and looking at their lives and wondering, what did that mean for my life and my options? So I started my third attempt at a novel, and I stalled about two-thirds of the way through. My agent was really supportive in my attempts to finish the book, but I also started writing short stories, and I would have readings at different events, and she’d come out and support me. And after one of those events, she said, “You know, I’m really enjoying these church lady stories. What do you think about taking a hiatus from the novel”—which I was already taking, clearly!—“and just focusing on doing a whole collection of those?” And I loved that idea.

Would you consider yourself a church lady?

More church-lady adjacent, at best. The funny thing is, my mom and my grandmother weren’t church ladies. They sent me to church, but they didn’t start going until I was in college.

So they’d send you to church and you’d observe the ladies?

Yes, but I also had a view of women outside the church. I would think, “Well, you want me to go, but you don’t go?” And that stirred up my curiosity because you’re looking at the women outside of the church and they seemed like they were having a lot more fun—but are they going to hell? And do the women who are in church, who are holy and godly—do they have sex? They have kids, so they must have sex. Do they like sex? Do they masturbate? So as I’m figuring out my own burgeoning sexuality, they were blueprints for who I might be.

There are many different relationships in the book, but the one that seems to come up the most is relationships between mothers and daughters.

For sure, my relationship with my mother was the defining relationship of my life. And she died of breast cancer when she was 52. We had a lot of conflict. And unfinished business might be putting too fine a point on it, because we made our peace before she died. But we didn’t get to work out the kinks and the knots. The grief of losing my mother and the intensity of that relationship burned with me my whole life—I’m still carrying that. And so it showed up in the stories, but all from the perspective of centering the daughter. Because I’m actively mothering [two teenage daughters] right now, I don’t know that I’m ready to take on that lens yet and write about it. Even fictionally. But as the daughter who is wounded, the daughter who is longing, the daughter who is grappling with who her mother is and who she needs her to be, and who she is and who her mother wants her to be, those are all themes from my relationship with my mother that show up in different ways in these stories.

You use a lot of different forms in your stories—for instance, “Dear Sister” is written as a letter from a woman to the half sister she doesn’t know after their father died, and “Instructions for Married Christian Husbands” takes the form of an instruction manual written by a woman who sleeps with married men, with sections such as “Parking,” “Health and Wellness,” “Your Wife,” “Fantasies,” and “Feelings.”

I’ve always been interested in forms. “Instructions for Married Christian Husbands” was the last story I wrote, and I wanted to hold my own interest. Long before I sold the book, I had written around 10 pages of a traditional narrative about this woman. And in that narrative, she meets a particular man, and I hadn’t figured out what happened yet. Does he fall in love with her? Does she fall in love with him and there’s some complication? And then I thought, what if I’m not interested in either of those scenarios, but what I am interested in is the triad of an affair. So there’s the husband, there’s the wife, and then there’s the mistress. And the usual narrative is the two women are pitted against each other, and the guy’s sort of ancillary, which is so unfair. And so, to hold my own interest, I thought, What if we just flipped the narrative? And instead of the woman who’s the mistress being marginalized in all of this, other than to be demonized—what if she was the center of it? What if she controlled the narrative? And then when I started that, it was just so much fun.

Since your book was published in early September, you were named a finalist for the National Book Award, and you’ve been talking to Hollywood about adapting it. What’s changed for you?

Now I get to give one of those vague answers that I hate when people give in interviews! It’s changed my life in that there are eyes on my writing that were not there before. And talk about controlling the narrative—I get to decide what that means. And so for me, it’s remembering how I got here, which is lots of people helping me, lots of people answering my questions, lots of people encouraging me. And so now I’m in a position to do more of that for other people.

We’re just about out of time, but do you mind if I ask how old you are?

Forty-nine. I love saying how old I am, because I want people, especially women, to know that, yes, there are clocks ticking, but this is possible.