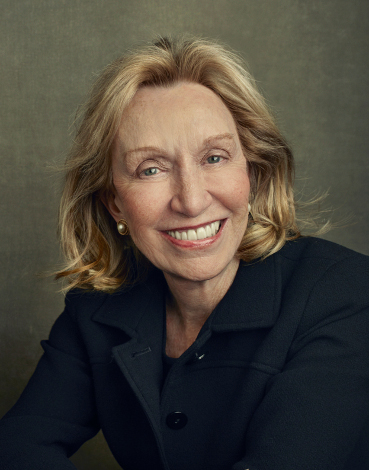 The first assumption some readers will make about Pulitzer winner Doris Kearns Goodwin’s new book, Leadership: In Turbulent Times, is that the book—a study of how four American presidents responded to profound, national crises—is a response to the current administration, which appears to saunter almost gleefully from crisis to crisis.

Not the case, says the bestselling author of Team of Rivals (2005) and The Bully Pulpit (2015). Goodwin began the book five years ago, when “it was still a time when there was still a broken system in Congress unable to get along with each other, or to get along with the president,” she notes. “But as I worked on it and realized the key moments for each of these leaders happened to be in more turbulent times than for us, it was a way of providing reassurance to people.”

Goodwin dramatically recounts Lincoln’s long (and oft-suffering) trail to his first draft of the Emancipation Proclamation and his ability to alter the course of the Civil War; she focuses on Theodore Roosevelt’s ability to break up huge corporations and restore fairness to America; Franklin Roosevelt’s personality and ability to learn the intricacies of the federal government gracefully led the country through the Great Depression; and LBJ’s unmatched insight into maneuvering the levers of government and his tireless work ethic ensured the Civil Rights Act of 1964 became law.

The stories of those achievements are rich, detailed, and intriguing. Which of their leadership styles would be most helpful to today’s crises? “You might assume you’d want Lincoln at any time,” she says, “and if I were on the stand I’d testify to it. But the style of leadership? Theodore Roosevelt had the fiery language, he’d be great at social media, he’d be fighting on behalf of a common purpose instead of exacerbating the divisions in society.”