At the Edge of Visibility 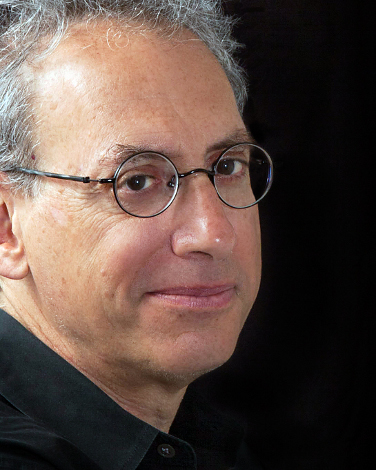 Many of us followed the landing of the Mars rover Curiosity with fascination last August. Since then, Curiosity has been probing Martian rocks to help determine the history of the planet’s water activity. NASA wants to characterize the climate and geology of Mars, but it also wants to understand if life ever existed there—hence the focus on water. This very obsession, rampant in 19th-century Victorian culture, is the starting point for Ken Kalfus’s mesmerizing new novel Equilateral.

Sanford Thayer, British astronomer and the novel’s protagonist, shares and promotes the 1890s notion that water channels crisscross Mars, serving as irrigation canals for the sophisticated life forms he believes inhabit the planet.  We know by now that the canals were an optical illusion. But Thayer doesn’t, and is determined to create a triangular canal of fire in the Egyptian desert to communicate with Mars during an optimal planetary alignment.

“It was understood as early as the mid-19th century that if there was going to be some sort of lingua franca between extraterrestrial civilizations, it would be geometry,” says Kalfus. “So if we ever made contact with another species—if it was intelligent and had science and technology—the basis of communication would be mathematics. I was trying to take that idea and dramatize it, to see how it might have played out in the 19th century.”

Thayer’s desert project, employing hundreds of fellahin (or farmers) to excavate the triangle in the unforgiving sun, is an apt metaphor for the arrogance and abuses synonymous with colonialism, but Kalfus is unwilling to let modern readers dismiss the Victorians so easily. “We all have blinkers. The most adventurous and open-minded people still miss things all the time,” he says. “All scientists ask themselves, ‘Is there something big here that I’m missing that would explain this observation?’ So now, thinking about extraterrestrial intelligence in light of this novel, I wanted to ask myself, ‘What are our expectations of extraterrestrials, and is there something in those expectations that is a kind of blinkered thought? Is there something we close our minds to because of our own history and our own way of thinking?’”

The novel’s scientific details (many true, some imagined) never obscure the human conundrum at the heart of the book: our inability to communicate with the “other” and each other no matter how much we’d like to. While Thayer oversees the development of the enormous triangle, he is navigating one of his own with his British assistant, Miss Keaton, and Arab servant girl, Bint. Kalfus has layered a seemingly endless maze of concentric circles of otherness in the novel. Thayer desperately wants to communicate with Martians, but hasn’t bothered to learn Arabic to speak with the workers. He and Miss Keaton share their love for astronomy, but struggle to speak of anything personal.

The novel builds to a constant feeling of dread—as if the characters are edging toward apocalypse, like Marlow in Heart of Darkness or Port and Kit in The Sheltering Sky. Kalfus says that both of these books were in his imagination when he was writing Equilateral.

“This idea that curiosity, drive, and ambition lead to madness is a fundamental human tension. I happen to be reading Milton’s Paradise Lost right now, and the whole dynamic of Eden, of the fall, has to do with the idea that human beings, in exchange for being able to be ambitious, to build things, to conquer things, to know things, become mortal and damned,” says Kalfus. “That’s the fundamental tension that drives his epic.”

It’s that ambition that makes Thayer’s admonition to Bint on her first try at the telescope all the more poignant. “‘Look well, Bint,’ Thayer instructs her. ‘Look hard. Everything worth seeing lies at the edge of visibility.’”

Kalfus is a fairly accomplished amateur astronomer himself, and he skillfully employs both his technical knowledge and empathy for the search in Equilateral.  “If you look at the planet Mars through a telescope, you’ll see just how difficult it is to see the surface. These astronomers were straining and straining to discern what was on the surface, and knowing it was there but just a little bit out of reach,” he says. “And then again, that’s life in general.”

Stacey Mickelbart is a freelancer who has written for newyorker.com and edits THiNK Magazine.