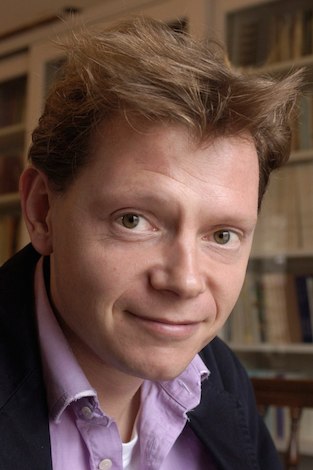 At the beginning of Heap House, the first book in Edward Carey’s inspired Iremonger trilogy, Aunt Rosamud’s brass door handle has gone missing. Her family, a sort of refuse-based baronage inhabiting a slipshod mansion on the undulating trash heaps of greater Victorian London, is properly scandalized, as the handle is of particular value.

“When each new Iremonger was born it was a family custom for them to be given something, a special object picked out by Grandmother. The Iremongers always judged an Iremonger by how he looked after his certain object, his birth object as they were called. We were to keep them with us at all times. Each was different,” Carey writes.

This explanation is issued by sickly, sensitive teen Clodius Iremonger—Clod, for short—whose birth object is a sturdy bath plug. Cousin Pinalippy, to whom he is unhappily betrothed, must keep a lacy doily about her at all times. Grandmother Ommaball Oliff Iremonger was entrusted with a marble mantlepiece, essentially confining her to one room for her life’s duration, while patriarch Umbitt shuttles between Heap House and London, relatively unburdened by a silver cuspidor.

What makes Clod an exceptional among them is the ability to hear these objects speak. The plug clearly says “James Henry Hayward,” and his relatives’ items call out names of unknown personages, too—“Gloria Emma Utting,” “Augusta Ingrid Ernesta Hoffman” and “Jack Pike,” respectively. Why they say what they do is a bit of a mystery.

“One of the joys of children’s literature is writing about magic, that sort of thrill of actually having powers,” says Carey, a British writer and illustrator currently living in Austin, Texas who is married to writer Elizabeth McCracken. His exquisitely gloomy portraits of the Iremonger family enliven Heap House, which began with a sketch of the boy who would become Clod.

“I was just doodling one day, and this rather miserable, big-headed child with very dark circles under his eyes, a bow tie that didn’t seem to fit him and a collar that’s too big emerged. He was looking at me in a rather pathetic way,” Carey recalls. “ ‘I say, Who might you be?’ ” he remembers thinking as his creation came to life. That Clod’s frailty belies special gifts makes him all the more intriguing. “I wanted for him to have powers he didn’t know what to do with,” he says.

While Heap House is Carey’s first YA novel, he’s well-versed in the classics. He teaches a course on fairy tales to MFA candidates at the Michener Center for Writers and considers the gruesomest of the Brothers Grimm “necessary stories.” “Nowadays they’re seen as too terrifying, but I think too much of a sanitizing of children’s literature is a dangerous thing—a very dulling thing,” he says.

There’s nothing dull about Heap House—nor sanitary. “The attics of Heap House were never to be visited, for in those rotting chambers lived bats. Tens of thousands of them, they bit at living things with great determination and could cause monstrous infections,” Carey writes. Nor are the Iremongers immaculate individuals: “Woe betide the Iremonger child that came back clean from a morning or afternoon spent out in the heaps. Our clothes were most carefully inspected at the end of a sifting day, our gloves must be black, our shirts thick with grime, our top hats dented or ripped, but not missing, our knees bruised and bloody, and our snot full of dirt. If we were in the least clean or unscuffed we were beaten.”

This supreme filth exists despite a legion of subterranean staff, a lowly cast universally referred to as “Iremonger”—no first names. Newly introduced to their ranks is the orphan Lucy Pennant, who lost her parents to the pervasive “Heap Fever” depleting the working-class boroughs. With her blazing red hair and equally fiery temperament, Lucy refuses to go unnamed.

She’s fated to meet Clod, impelling his quest for truth and imperiling them both.

“Lucy Pennant is very headstrong, and she’s got real guts to her. She’s not a member of the Iremonger family, so she’s like a piece of purity in all the dirt that surrounds her. That’s not to make her sound prim—she’s the antithesis of Clod, extremely tough, and she gets tougher as the trilogy goes on,” says Carey. “I wanted to have a heroine who had some real strength behind her, and she’s the one who ignites Clod, to actually get him to be the hero that’s under his skin.”

As we learn from Grandmother Ommaball herself, the potential has always existed within him. “ ‘I gave you a plug, Clodius Iremonger, as your particular object because, blood of mine, you shall do one of two things. You shall, like a plug, keep us in, keep us safe, be a barrier between us and the threatening sinkhole. Or, conversely, you shall, like a plug that is pulled out, let us fall and tumble away, let us flow out to nothing, let us flood and gush and drip and be all gone!’ ” Carey writes.