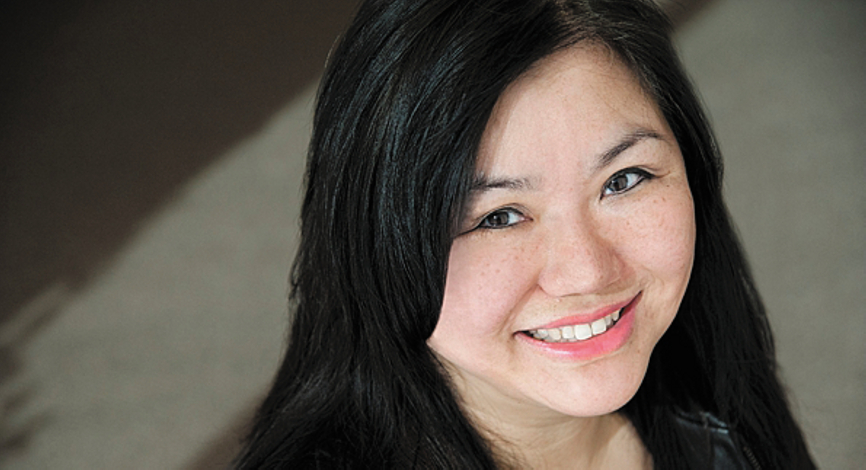 Like most writers, Ellen Oh was an avid reader growing up. “Books were always my friends,” she says. At least until second grade, when her teacher read The Five Chinese Brothers to the class. Afterwards, her classmates taunted her with racial slurs, and one boy tried to paint her skin yellow because she was "the wrong color for a chinaman.” She’s Korean.

It wasn’t until college, when she read The Joy Luck Club, that Oh saw her own experience reflected in fiction. “It was the first time I had ever read a story about people who look like me,” she says. “They had a culture like mine; their family could’ve been mine.” It was a revelation.

When she had her own children, Oh was dismayed to find that the landscape had barely changed. She struggled to find books where her kids could see themselves, so she came up with a solution: she would write some.

She drew on her fascination with Korean history to write Prophecy, the beginning of a YA high-fantasy trilogy about a young woman who has to protect a prince, fight off a demon army, and fulfill a very unclear prophecy. Her new book, Spirit Hunters, sticks closer to reality, chronicling the experiences of a family much like Oh’s own when they move into a house that seems, at least to middle daughter Harper, to be haunted.

Though Spirit Hunters draws on some of the same history that inspired Prophecy, specifically the tradition of Korean Shamanism, its inspiration was more personal. Five years ago, Oh’s eleven-year-old daughter was diagnosed with severe depression and hospitalized. The experience of leaving her daughter in the hospital traumatized Oh. “It never left me,” she says, “this stark, very depressing room, with this gated window that was covered in bird crap and just that feeling of depression and horror and sadness and fear that I was feeling and that I know my kid was feeling.”

That moment became the first scene Oh wrote, and from there she drew on a range of other influences, from Spiritualism to The Omen to Scooby-Doo, to create a story that combines heart-warming family drama, thrilling adventure, and genuinely creepy horror. Despite targeting middle-grade readers, the novel tackles some heavy issues, not just depression but also racism.

Oh believes kids, even young ones, can handle more than we often give them credit for. Rather than trying to blindly protect kids, we should be honest with them. After all, they’ll end up facing these problems soon enough. “I don’t want my kids to be unexpectedly shocked at how tough life is,” she says.

Books are how many young people learn about the world, so it’s vital that they accurately represent it.

For Oh, a key part of that representation is diversity — every kid should be able to have the experience she did reading The Joy Luck Club. This belief led her to help found We Need Diverse Books, the hashtag turned nonprofit that fights for diversity in the publishing industry. In the three years since its founding, the organization (and the larger movement it represents) has made impressive progress, supporting up-and-coming writers and editors and  helping promote a wider range of perspectives in kid lit.

Nonetheless, attitudes are slow to change. Oh recalls seeing a little white girl reading The Mighty Miss Malone (which is about a black girl living through the Great Depression), only for her mother to take it away. “This is what WNDB is about, breaking these myths,” she says. “That people of color are not writing quality books; that’s why they don’t sell. That people of color are writing books that white people won’t read. That’s all bullshit.”