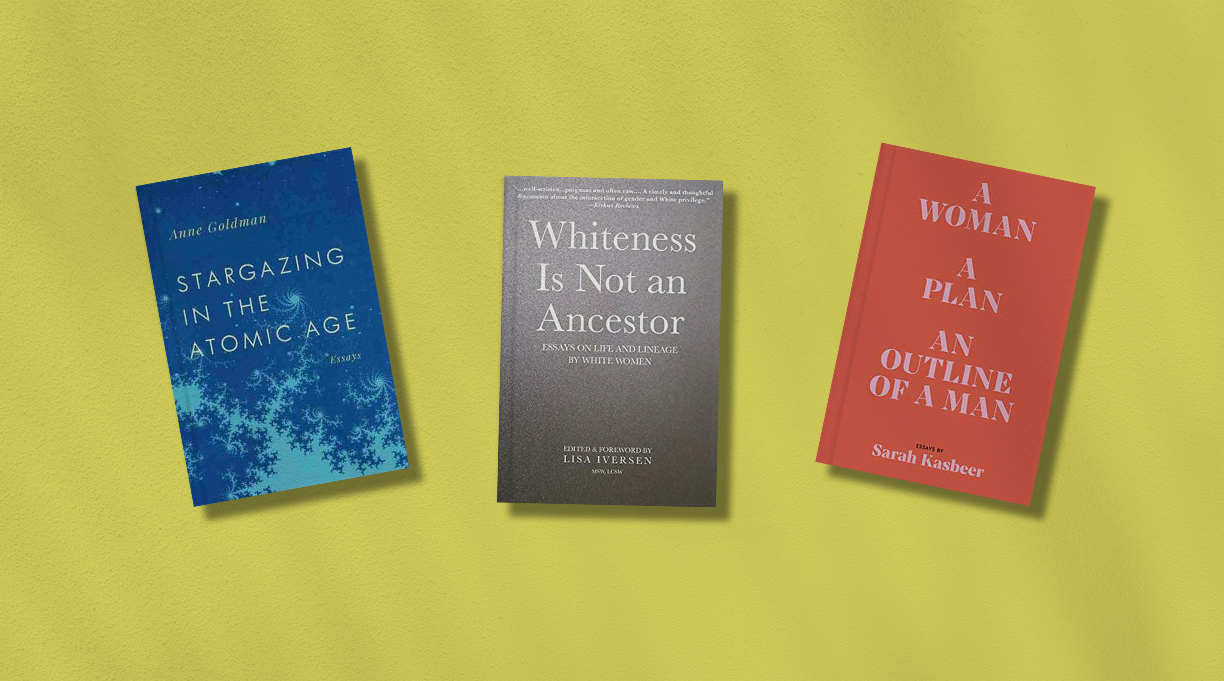 From Joan Didion to Truman Capote, diverse authors have elegantly covered memorable subjects in essay collections, including a Doors recording session and the filming of In Cold Blood. Kirkus Indie recently reviewed three collections that offer reflections on salient topics: Jewish intellectuals in the turbulent 20th century, the complex trajectory of a woman’s life, and White privilege.

A Woman, a Plan, an Outline of a Man by Sarah Kasbeer explores significant and traumatic events in the author’s life, including rebellion and rape. Some pieces center on Kasbeer’s belief that having “one foot in childhood and another in adolescence is truly terrifying.” Her powerful observations include “All anyone really wants is to be seen and heard, and yet we avoid seeing and hearing others every day.” Our critic calls the book “a satisfying collection of writings about growing up and recovery.”

InWhiteness Is Not an Ancestor, edited by Lisa Iversen, 13 White women address systemic racism, family lineage, and the benefits of privilege. “Bringing visibility to both perpetrators and victims of injustice is necessary to heal inheritances of collective trauma,” Iversen writes. Some essays portray racial violence. One contributor’s grandparents witnessed the “legal lynching” of a Black man convicted of a White woman’s rape and murder in Kentucky. According to our reviewer, this volume delivers “a timely and thoughtful discussion about the intersection of gender and White privilege.”