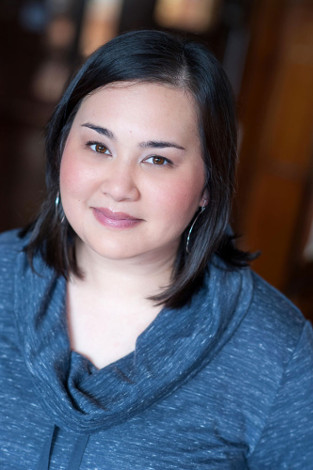 Growing up, Emiko Jean was always a big fan of fantasy novels. Dominated by white characters and heavily influenced by Western mythology, those books both drew her in and kept her at a distance. With her second young adult novel, Empress of All Seasons, Jean, who is half-white and half-Japanese, set out to address the issues that had once convinced her that writing fantasy simply wasn’t in the cards for a girl like her. Time and again when deciding what shape her narrative would take, she was determined to, in her own words, “burn tropes.”

Set in a mythic Japan of the past where gods leave smudges on the foreheads of emperors to single them out and supernatural beings called Yokai walk among men, Empress of All Seasons’ protagonist Mari finds herself out of step with those around her. Living in an all-woman community of Animal Wives—half-Yokai women of unnatural beauty who marry humans in order to steal their wealth—Mari is “considered ugly,” Jean says. “Her teeth overlap, and she’s a little stockier, like me.” In addition to challenging the stereotypical portrayal of Asian women as exotic and overly sexualized, Mari’s looks necessitate a different path for her. Instead of attracting a rich husband with her charms, she’ll have to win the hand of the next emperor in battle. Tradition dictates that the next empress must win the right by surviving a series of tasks, defeating the bravest and the best the empire has to offer.

The inspiration for Mari and her Animal Wives clan comes from Japanese folklore. There's a Japanese myth Jean found herself drawn to, the story of the crane wife: A woman who is actually a crane disguises herself as a human, plucking out all of her feathers to be with the man she loves. That tension between wanting to remain true to yourself and change for love is an important part of Mari’s story, as indeed it is for any young person’s first foray into romance. But Jean was very intentional in her decision to write about such universal experiences through such a specific, Japanese-tinted lens.

“I'll get a little personal for a moment,” she says, taking a brief pause. “Growing up, I kind of wanted to be white, because I saw all these white characters going on grand adventures and falling in love, and that exclusion, I realized, really hurt me.” After steering clear of writing and pursuing a career in teaching math, even when Jean did return to literature, she said that the characters she wrote were white. “I've been taught by these books and fantasies that were mostly Western-made that the only way to sell a book was to erase myself from the narrative.”

Jean embarked on a personal journey to write Empress, exploring her own heritage in a way she hadn’t previously. “I’ve had some reviews saying that they grappled with the language, with the foreignness of the book,” Jean says, “but I think that's good. I think we need to be challenged. This book, I didn’t write it for white people. I wrote it for Asian girls who want to see themselves as the hero of a book, for Asian boys who want to see themselves as the hero. I think other people will enjoy it, but, really, I wrote it for my own childhood self.”