We talk to the authors of A SECRET SISTERHOOD 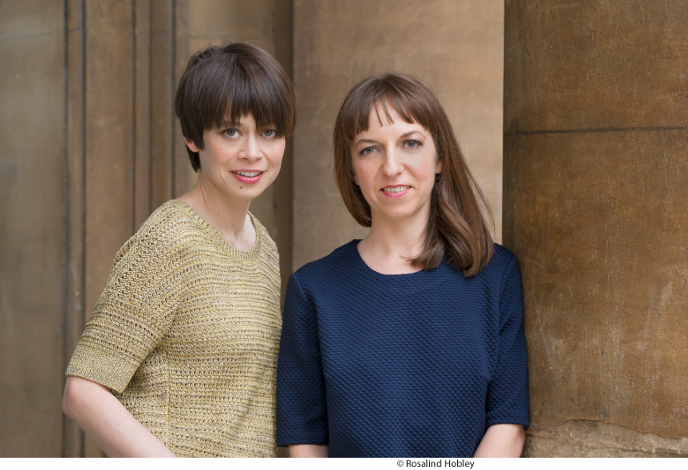 Emily Midorikawa and Emma Claire Sweeney forged a friendship based on mutual admiration and the same aim: to become a (published) writer.

They met as English language teachers in rural Japan in the summer of 2001. Over the years, they workshopped one another’s stories, shared publishing opportunities, taught together, and encouraged one another to keep writing.

“We’d had some successes, but we weren’t getting anywhere particularly fast,” Midorikawa says (Kirkus reached the pair by phone in London). “This eventually led to a conversation between us, where we talked about how much we’d supported each other over the years, how much more difficult it would have been without each other.”

That recognition led to a rumination on famous literary friendships. A revelation came when nearly every legendary duo Midorikawa and Sweeney could name—Charles Dickens and Wilkie Collins, William Wordsworth and Samuel Taylor Coleridge, Ernest Hemingway and F. Scott Fitzgerald—was male. Finding female friends in the annals of literature was a relative struggle.

“Did they [even] exist?” Sweeney says. “We quite quickly discovered that yes, almost any major female writer we could think of did have a female writer who supported her...but why have these friends not achieved the legendary status of their male counterparts? It’s in pursuit of answers to that question that we decided we could work on a book which would follow this kind of history of female friendships.”

Midorikawa and Sweeney are professors at New York University-London and the co-founders of Something Rhymed. Sweeney is the author of the novel Owl Song at Dawn; Midorikawa is the winner of the Lucy Cavendish Fiction Prize.

In “rich and revealing portraits,” according to Kirkus’ reviewer, A Secret Sisterhood: The Literary Friendships of Jane Austen, Charlot Brontë, George Eliot, and Virginia Woolf explores the generative associations of four pairs of female writers: Jane Austen and Anne Sharp, a talented playwright and her niece’s governess; Charlotte Brontë and Mary Taylor, her intrepid schoolmate and fellow writer; George Eliot and the famous and formidable Harriet Beecher Stowe, author of Uncle Tom’s Cabin; and Virginia Woolf and Katherine Mansfield, who were, by turns, critics and confidantes.

“In their friendships, these women overcame differences in worldly success and social class, as well as personal schisms and public scandal,” Midorikawa and Sweeney write. “But they could not prevent family members or biographers from missing, ignoring, or even willfully covering up their treasured collaborations. In piecing together the lost stories of these four trailblazing pairs, we have found alliances that were sometimes illicit, scandalous, and volatile; sometimes supportive, radical, or inspiring—but, until now, tantalizingly consigned to the shadows.”

“One of the things that we had discovered by the end of the book,” says Sweeney, “was a sort of web of connections across time and across geography, so that there were influences from Austen all the way to, say, Katherine Mansfield, who referred to a feeling as if Jane Austen

was ‘a friend,’ in reading her work.

“These women didn’t just influence their friends who were alive in their lifetimes,” she says, “there was a sense of friendship that was intergenerational. That, I think, is important in terms of trying to overcome the idea of the female writer being a one-off—someone who hasn’t been influenced and doesn’t influence others.”

“Our greatest hope,” Midorikawa says, “would be that some of these pairs of female friends will achieve something of the status and popular conceptions of literary friendship as their male counterparts....It would be great to think that our book might do its bit to help spread the word about female solidarity and its own history.”