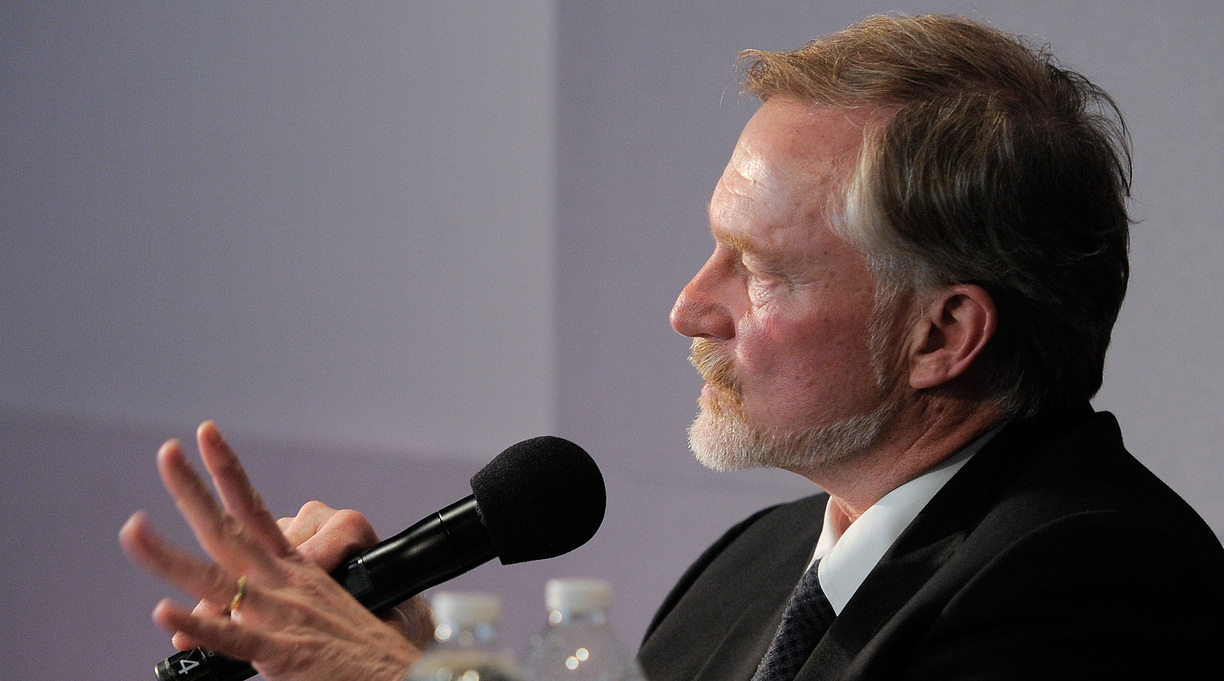 Erik Larson, author of The Devil in the White City, is turning his attention to fiction.

Larson will release his first-ever work of fiction as an audiobook original with Penguin Random House, the publisher announced in a news release.

Larson’s No One Goes Alone will be narrated by British actor Julian Rhind-Tutt. “This otherworldly tale of intrigue and the impossible marshals Larson’s trademark approach to nonfiction to create something new: a ghost story deeply grounded in history, available exclusively on audio, because as Larson says, ghost stories are best told aloud,” Penguin Random House says.

The story follows William James, the American philosopher and psychologist, as he treks with researchers to a remote island to investigate a family who vanished there.

Larson, whose nonfiction books include In the Garden of Beasts and The Splendid and the Vile, said he “can’t wait” to hear the finished product.

“I love a good ghost story, and decided while I was on tour for my book Thunderstruck, that I’d write the kind of story I wanted to read—something, moreover, that would incorporate some of the really bizarre, real-life material I’d uncovered in the course of researching the book.”

No One Goes Alone is scheduled for release on Sept. 28.