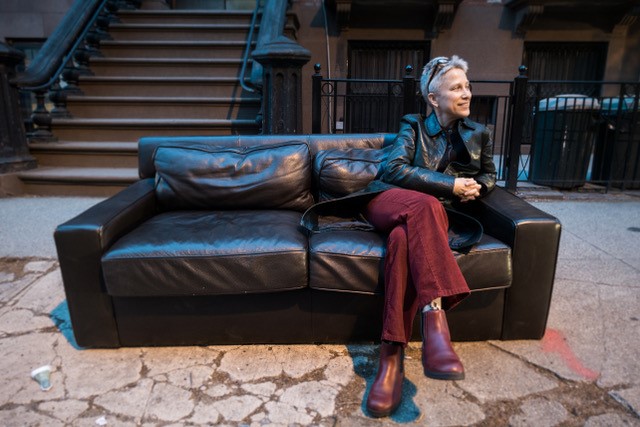 Because we’re a small, mission-driven press, I don’t think in terms of publishing “trends” but rather how what we’ve got coming up speaks to our ongoing current moment. How do I pitch a book as relevant, compelling, or indispensable so that it will rise above the din of our digital age? Because of the length of the publishing cycle (from acquisition to publication is often a year or more), we also have to consider the longevity of any given title, with the hope that it will successfully backlist.

This does seem, however, to be the moment to publish literature from other languages and cultures. We were thrilled by the announcements that our novel Mourningby the Guatemalan writer Eduardo Halfon, translated from the Spanish by Lisa Dillman and Daniel Hahn, was a 2018 Kirkus Prize finalist and winner of the Edward Lewis Wallant Award—neither of which are prizes dedicated exclusively to works in translation.

Works by women and writers of color will surely continue receiving long-overdue award and review attention. This may be, at least in part, a response to the bigotry fostered by the Donald Trump presidency. Whatever the reason, the canon deserves to be shaken up. The more diverse the voices we hear and bring into the cultural conversation, the richer we are as a society and the more likely we are to survive.

We publish books of literary fiction and narrative nonfiction at the intersection of the arts and sciences; with each of our books, we redefine the meaning of that space. For us, it’s about the quality of the writing rather than a specific topic or genre. A Wilder Time: Notes from a Geologist at the Edge of the Greenland Iceby William E. Glassley is lyrical nature writing. Some of our fiction is historical, such as Varley O’Connor’s The Welsh Fasting Girl(May 2019), which is based on what may be the first documented case of anorexia, or the stand-alone volumes of Norman Lock’s prodigious American Novels series. But although these books are set in a strongly defined specific past, they’re not costume dramas. Will Eaves’ Murmur(April 2019) is inspired by the life of Alan Turing, the father of artificial intelligence who contributed to the cracking of the Nazi Enigma cipher during World War II, but it is much more than bio-fiction. Each of these is a beautifully crafted book of ideas.

It’s less about the topic—or theme—than the writing for me. Great writing reimagines the world. I will never acquire a book because it’s “on topic” if I’m not wowed by the writing.

I don’t know that I have—although of course, I've worked with first-time authors. Self-publishing may be the best option for some authors, but we won’t republish self-published books.

The margins (and I’m not talking about those on a typeset page)!

It’s filled with idiosyncratic, brilliant, passionate iconoclasts who believe in the intrinsic value of books. Independent publishers find ways of bringing to readers books that the mainstream commercial houses overlook or reject as unprofitable. They help maintain a healthy, essential diversity within our literary ecosystem.

Erika Goldman, the publisher and editorial director of Bellevue Literary Press, has been an editor of fiction and nonfiction at several major publishing houses in New York City, including St. Martin’s Press, Charles Scribner’s Sons, Simon & Schuster, and W.H. Freeman. Her essay on editing literary fiction is included in the recently published What Editors Do: The Art, Craft, and Business of Book Editing, edited by Peter Ginna.