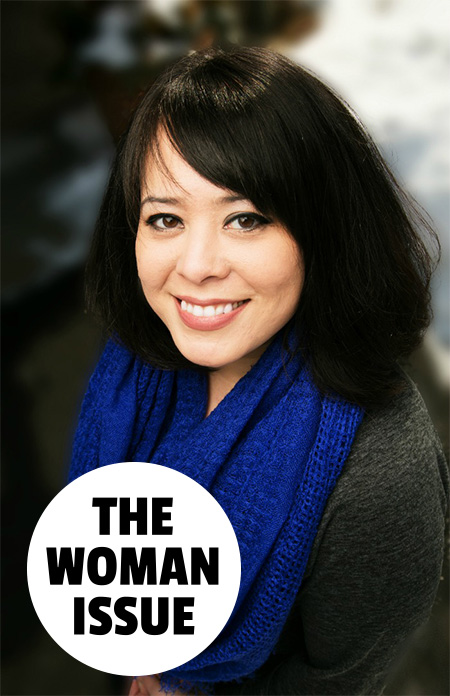 Celebrated middle-grade novelist Erin Entrada Kelly, who recently received the 2018 Newbery Medal, says she writes the books she wishes were around when she was young. Her latest, You Go First, which follows two gifted, socially ostracized students, Charlotte and Ben, is no exception.

“Loneliness is a common theme in all of my books,” Kelly says, “because I was a lonely kid. I like to write for kids who are also lonely.” Everyone experiences loneliness, but loneliness at a young age is “palpable,” she says. “You can feel alone in your family, in school, and sometimes even with your friends. Loneliness is such an incredibly weighty emotion, such an experience.”

In You Go First, Charlotte and Ben live hundreds of miles away, but they form a friendship through a school-sanctioned program that continues on afterward in the form of the app Words with Friends. They’re very similar; both are incredibly aware and intelligent for their ages, which in many ways only adds to their sense of isolation.

“Rather than seeing that as something of tremendous value,” Kelly says, “which is what it will be for them later in life, it's actually a source of anguish, because it's just one more thing that sets them apart from everyone else.”

And yet, Kelly’s characters don’t really appreciate how much they share; they don’t give themselves that chance.

“Growing up, I spent a lot of time in my head,” Kelly says. “And one of the things I would always think about was how many people were on this Earth, and I would wonder how many people felt as I did in that moment. Then, I would think how sad it was that there were probably people out there who knew exactly what I was going through, but I’d never meet them, because they could be on the other side of the world—I mean, they could have also been at my school, but at the time it didn't feel that way. While technology means that people in two very different places can share a connection, that didn’t feel right for Ben and Charlotte, who are quite private. They take the opportunity to be, online, who they think is their better self.”

As the novel progresses, the reader becomes increasingly aware of how much comfort and support Charlotte and Ben could take from one another, and yet the reader watches helplessly as they pretend to be someone different—someone more popular, more sporty—and thereby deny themselves that ease. And that’s intentional.

“The idea behind the book is we never struggle alone,” Kelly explains, “even if we don't know it. Even if Charlotte and Ben are going through their struggles without much support, the reader knows that they are not alone, and hopefully, when the reader knows that, the reader will then say, ‘Ok, well I know that I'm not struggling alone either.’ That’s my hope whenever someone sits down with the book—not just my books. And when they finish the book and go out into their lives, I hope that that sense of being connected to someone else, whether it's Charlotte or Ben or whomever it might be, stays with them and they come away with a greater understanding of themselves and the world around them.”

James McDonald is a British-trained historian and a New York–based writer. You Go First received a starred review in the Feb. 1, 2018, issue.