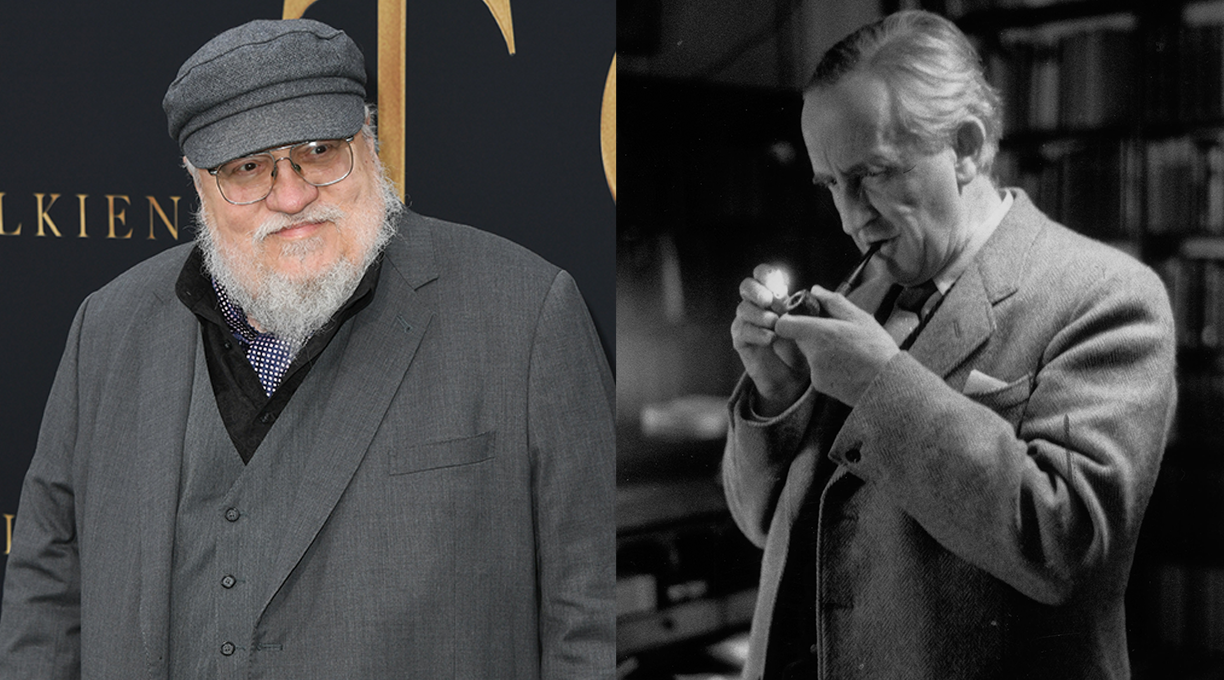 George R.R. Martin has been outspoken about his admiration for fellow fantasy author J.R.R. Tolkien, but that doesn’t mean he thinks the Lord of the Rings author is perfect.

Martin, author of the Song of Ice and Fire books—the basis for the hit HBO show Game of Thrones—criticized what he said were plot holes in Tolkien’s legendary fantasy series while speaking in Dublin, NME reports.

“It’s one of the great books of the 20th century, but that doesn’t mean that I think it’s perfect,” Martin said. “I keep wanting to argue with Professor Tolkien through the years about certain aspects of it.”

Martin took issue with the ending of the books, in which Tolkien says that the character Aragorn “ruled wisely and well” for a century.

“It’s easy to write that sentence,” Martin said. “But I want to know what was his tax policy, and what did he do when famine struck the land? And what did he do with all those Orcs? A lot of Orcs left over. They weren’t all killed, they ran away into the mountains. Did Aragorn carry out a policy of systematic Orc genocide?”

Martin made the comments while accepting the Burke Medal for Outstanding Contribution to Discourse Through the Arts at Dublin’s Trinity College.

On his blog, Martin noted that previous recipients of the award have included Hilary Mantel, Sinéad O’Connor and William Butler Yeats.

“That’s pretty heady company,” Martin wrote. “I am very pleased and proud to be numbered among them. And for a noble reason—promoting discussion and discourse. In times like ours, when the toxic mobs on the internet seem to set the tone for debate, that is needed more than ever.”