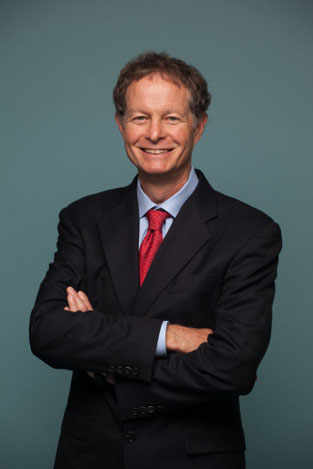 Reading Conscious Capitalism: Liberating the Heroic Spirit of Business by John Mackey, the co-CEO of Whole Foods Market, is a bit like hearing two voices emerge from the same mouth. There’s no doublespeak in the book, and Mackey’s ideas about how companies can function more humanely and still reap profits are sound. But to see the founder of one of the nation’s most progressive businesses inveigh against corporate taxes in the book, or malign the Health Care Act in some of the interviews he’s done about the book—when he has sounded not unlike President Barack Obama’s fiercest partisan critics—is to realize that John Mackey is an iconoclastic thinker. Conscious Capitalism (co-written with Raj Sisodia) is Mackey’s vision of how organizations should function; he lays out seven qualities all conscious companies exhibit: trust, accountability, caring, transparency, integrity, loyalty, and egalitarianism. Easier said than done, perhaps, but Mackey is clear that conscious capitalism isn’t about being a corporate Pollyanna. “Conscious Capitalism is not about being virtuous or doing well by doing good,” he writes. “It is a way of thinking about business that is more conscious of its higher purpose, its impacts on the world, and the relationships it has with its various constituencies and stakeholders.” I asked Mackey about launching the idea of high-minded capitalism at a moment when we seem mistrustful of corporations in general.

There’s a lot of hope in your book, but there’s a perception among people that businesses nowadays are exactly what you say they don’t have to be—greedy, unthinking and mean. Why do you have hope that businesses can become conscious, as you all call it, when people seem to think otherwise?

Business is judged by its worst practitioners. I mean the Enrons and the Bernie Madoffs and the Lehman Brothers and Wall Street banks, and that gets generalized for all of business. I think in general, business has been the greatest value generator in all of history—it creates value for customers, shareholders, the larger population, and I think human consciousness continues to evolve and business needs to evolve as well. Business is good today, but it could be so much better. It has so much—everybody continues to need to improve, but one of the things that we got excited about when we did our research is that we think conscious businesses do better when they’re conscious.

You write about early capitalism and what you call the “intellectual hijacking” of capitalism—what do you admire about Adam Smith’s books, and in particular, his first book The Theory of Moral Sentiments, which people tend to forget about?

I didn’t put this in the book, and I wish I had—when capitalism got going, the ethics of the society were taken for granted and capitalism piggybacked on those ethics. This was not a secular society, it was religious, so the ethics were part of that religion, and business people weren’t strictly self-interested. Darwin wasn’t around, and Marx hadn’t done his thing. They thought about these things differently back then—not necessarily in a better way. There was this ethics system that undergirded everything, but through science and Darwin (and a lot of the myths about religion have been disproved, really), we’ve moved more into a secular society, so the overall ethical foundation of the society has been eroded, and capitalism stands exposed. You

cannot start a society on the basis of self-interest. Social cooperation begins to break down. It’s not just business reputation that’s bad, but the health care system, any sector, really. Maybe only the military has a good reputation.

His insights [in The Theory of Moral Sentiments] about empathy and sympathy are timeless insights that we do care about the approval of our fellow human beings; that partly helps us to be more caring individuals. But his insights were quickly forgotten, and The Wealth of Nations took prominence—it all became about the ‘invisible hand.’ [In Conscious Capitalism], we’re looking for a new ethical foundation for business, this idea that we have obligations not just to shareholders, but to everybody. We’re not in a win-lose, zero-sum society; we can all prosper and flourish. Business is lifting everything up, and it’s been characterized inaccurately.

I wanted to ask you about the moment you decided to become vegan, after your dialogue with a critic of Whole Foods’ animal welfare decisions. You learned more about animal welfare, changed your company’s policies and changed yourself. It’s a great example, but it occurs to me that being a conscious company is a difficult thing. Given human laziness and corner-cutting, is it really possible for a company to be conscious in the way you describe?

It’s not an all-or-nothing state of being; it’s just like individuals. We’re paying attention, and we’re growing, we become more conscious, we learn in the hard school of life how to relate better to people, partners, significant others. This is all part of the growth process we have as human beings. Organizations get afraid collectively. They’re going to make some stupid decisions. It’s not like you go to a mountaintop and get enlightened. People don’t want to work for Neanderthal companies. Evolve or perish.