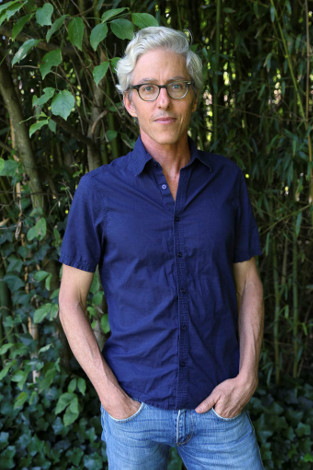 “To be frank, I think his world had vanished long before he entered it.” So, at the close of Wes Anderson’s new film The Grand Budapest Hotel, says Mr. Moustafa, the mysterious hotelier, of his mentor, the harried but unbowed concierge without whom the place would fall to pieces.

The sentiment subtly echoes the title of the memoir, The World of Yesterday, written by the man whom Anderson cites as the inspiration for his film. Born in 1881 in Vienna, the capital of the Austro-Hungarian Empire, Stefan Zweig came of age at the birth of the 20th century. He was still young when Europe erupted in a spasm of violence that would bleed the continent, and the world, dry. A Jew with a keen sense of history and a foreboding view of the future, Zweig got out before the Nazis could get to him, only to discover that nowhere else in the world was he at home—not in London, not in New York, not in Rio de Janeiro, where, in 1942, he killed himself.

It’s entirely accidental, says biographer and historian George Prochnik, that his new book on Zweig, The Impossible Exile: Stefan Zweig at the End of the World, is appearing just at the time that Anderson’s film—which also commemorates a place and an era that war has obliterated—is still in its first run in the movie theaters.

Prochnik—some of whose relatives traveled in the same intellectual and social circles as Zweig—says that Zweig was constantly in motion. “He was known as the ‘flying Salzburger,’  always traveling somewhere. He saw himself as not just an Austrian, but as a European, and he was a tireless champion of pan-European humanism, in communication with a huge number of friends across the continent. He was a complex, provocative, busy man.”

A dandy, a connoisseur of art and languages, always chasing down a book or a story, Zweig was also a well-liked host; in those rare moments when he stayed put, his home in the hills above Salzburg was a familiar stop for some of the leading writers and artists of his day. And he himself was renowned as a writer, the author of dozens of novels, such as Beware of Pity and The Royal Game, that sold widely and well in a couple of dozen languages, as well as popular biographies, histories, plays, and other literary works.

Zweig’s world came to an end with the swastika and the Anschluss, after which he went into involuntary exile, a sequence of events that Prochnik describes as Zweig’s “ejection from the Olympus of European artistic celebrity into a miserable, nomadic existence over the course of a handful of years.” As Prochnik chronicles, and as his title suggests, that time of exile was something

Zweig could never reconcile himself to: for a man who defined himself as a European and located himself in a broad circle of like-minded, bookish, creative friends, to be deprived of all that was to become, as Zweig put it of all of them, “just ghosts.”

“The more I read of Zweig,” says Prochnik, “the more aware I became of how many people and how many lives he touched, including members of my own family, people who also experienced exile.” His long period of wandering eventually led Zweig to end his own life, but not before writing his luminous memoir and its charged title, The World of Yesterday.

It was a lyrical farewell to life—his own, and that of the old Europe, of people and places doomed to oblivion. For even in his time, and even at his most famous, says Prochnik, Zweig thought of himself as being on the verge of being completely forgotten. For so famous an author, Prochnik recalls, that might be thought of as a fate worse than death, and it can be specifically documented: though most of his books were in print in this country until the 1970s, awareness of Zweig and his work faded after that time, and for decades he was scarcely remembered.

Until now, that is, when, thanks to Wes Anderson and The Grand Budapest Hotel, a new generation of Zweig admirers may be in the borning—a happy circumstance, not just for Prochnik and his accidentally timed biographical study, but also for New York Review Books and Pushkin Press, which have kept several of Zweig’s books in print.

Contemplating the attention his subject is now earning after having been overlooked for so long, Prochnik says, “Stefan Zweig would have been astonished at this renewed interest in his work.”