Gina Keating on the Epic Battle for America's Eyeballs 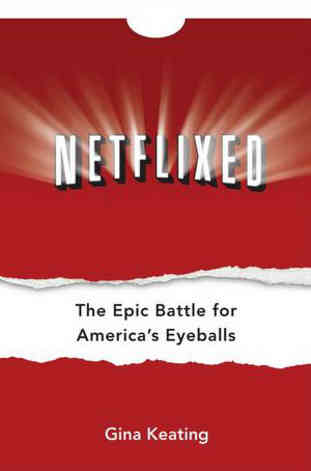 Journalist and author Gina Keating often writes about media and the financial world, but she really loves people and "watching what they're going to do next." Not surprisingly, two rather intriguing individuals lie at the heart of Keating's first book Netflixed: The Epic Battle for America's Eyeballs. Kirkus talked to the investigative journalist turned author on the South Texas coast where she's already deep into research for her next book.

Here, she touches on those two aforementioned individuals and how the company they launched has so profoundly impacted the movie- and TV-watching public. Says Keating, "They're controversial. And always have been."

Check out today's list for other books about movies.

Who are Netflix's biggest enemies: its competitors or its founders?

The biggest enemy to Netflix right now is [CEO] Reed Hastings' sense that he can do everything. He is a very brilliant guy, and he is the one who is responsible for scaling that company and giving it the focus it has to transform home entertainment. But the idea and customer-facing focus was created entirely by [co-founder] Marc Randolph and his team. Humans are very messy. They don't make a lot of sense—especially consumers. They don't evolve along a timeline you can really describe. And I think that's very frustrating to Reed Hastings because he's a mathematician, and he wants things to develop along a particular time frame. When he became impatient with the ways things were developing with his customer base, he started to make mistakes. And that's what I tried to point out in my book. He did one thing extremely well, his partner did something equally well—both were polar opposites. But each of them was extremely necessary for the success of that company.

What makes Netflix such a polarizing enterprise?

It's a model that should not have worked. You sit home, you order a DVD online and then you wait for it to come. It just goes against everything that people have been saying about what consumers want: instant gratification, the ability to hold the product and touch it and emotionally bond with it. I mean, it just wasn't supposed to work. And everything that they have done has been pretty counterintuitive. People are now all upset about the idea that they don't have first-run movies on the streaming service. But Netflix has never been about going out and getting the latest titles. That was a Blockbuster thing. Seventy percent of Netflix's business has always been back-catalog titles. And the emotional journey of Netflix—which other industry people and Wall Street didn't understand—was that you could sort of wander around in this enormous catalog and that algorithm would show you what you liked. And that was a very cool experience for people because they were finding stuff that they didn't know about and didn't know they wanted. Netflix has always been a law unto itself, and that makes people very nervous.

What kind of challenges did you face as a short-form journalist writing your first full-length book?

I was pretty terrified about it, especially since I'd been a wire-service reporter for eight years. And I really did not know how to do story structure. Thank God, I knew I didn't know how to do it. So, I actually went to UCLA and found a writing professor named Stacie Chaiken, and I worked with her on the story structure. I wanted it to have well-developed characters because I felt that was critical to the book. That was everything that I saw in the story of Netflix.

In what ways has Netflix changed the way visual entertainment is consumed?

The first thing was, you don't go to the video store. You sit at your computer, order a DVD and then wait for it. It's going to come to you, and it's okay if it sits on your TV because you can keep it as long as you want. That was the first change in behavior. The second was not going for the first-run title, but going for the back-end title. There were lots of articles about people ordering DVDs and having them sit on their television because they were scared. They ordered what they thought was good for them instead of what they wanted to see. And that was another behavior that was interesting. Your movies became almost like an educational experience or something that was edifying for your intellect. And that was something that Netflix created also. Then you have streaming. And not only are you streaming to your TV, you're also seeing stuff on your laptop, on your Game Boy, on your phone. I remember when they launched the streaming service and you couldn't get it through the television. And everyone was saying, "No one is going to watch a movie on a hand-held device. It's just not going to happen." Absolutely wrong. And that's all due to Netflix.

Will Netflix continue to break new ground or sink into decline?

Unless Reed Hastings makes another enormous mistake with his consumers, I just don't see how you can stop them. All of this talk about the content deals that they're not getting, again, really overlooks the fact that Netflix is not about first-run titles. They transformed the way that movie studios assign those content rights. It used to be that a movie came out and for nine years the rights were tied up in these traditional windows. They would go to pay-per-view first, and the next thing was HBO, Showtime and the premium movie channels. And then the next thing was domestic broadcasting, international broadcasting, etc. That's how they structured it. And now, Dreamworks, Lionsgate, Epic, they're all assigning streaming as the number one pay-per-view window. That's because of Netflix. They invented that. So, no matter what happens, no matter what content deals they do or don't get, they're going to be fine.