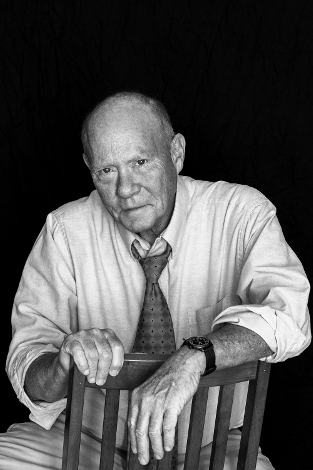 If Gordon L. Dillow wasn’t such an early riser, he might have missed the subject of his new book blowing up over his head.On June 2, 2016, Dillow was up at 4 a.m., drinking coffee on the back porch of his home in northern Arizona, when the sky seemed to come undone. “All of a sudden the sky starts lighting up,” he says. “Not like dawn—I mean, this is a bolt of red light that covered the hillside, and then it blows up in a white explosion.”

News reports later clarified that a small asteroid had entered the Earth’s atmosphere, its breakup creating a flashy but ultimately harmless fireball. Dillow was reassured that Armageddon—or a real-life version of the film Armageddon—wasn’t nigh. But as a veteran journalist who’d covered war, earthquakes, and volcanic eruptions, he was struck by how little he knew about asteroids, meteors, and what risks they might present to the planet.

Dillow’s lively, conversational pop-science book Fire in the Sky: Cosmic Collisons, Killer Asteroids, and the Race to Defend the Earth is the product of his two-year crash course on the subject, covering the asteroid that doomed the dinosaurs, the business of identifying the thousands of near-Earth objects, known as NEOs, that are close enough to merit keeping an eye on, and the technologies that can push or blast an asteroid out of harm’s way—maybe.

Arizona proved to be a hospitable place to research such a book. It’s home to the mile-wide Meteor Crater, among the largest visible “astroblemes” on the planet, created 50,000 years ago; Dillow relates the foolhardy and expensive effort of one early-20th-century entrepreneur who drilled deep into the crater hoping to mine the asteroid’s precious metals, unaware that the impact all but vaporized it. More rationally, researchers for the Catalina Sky Survey near Tucson monitor the skies for new NEOs, which can still take us by surprise: A large meteor gave the Russian city of Chelyabinsk a scare in 2013.

Such events make for sensationalistic headlines (“Kiss Your Asteroid Goodbye!”), which can make it hard for researchers to trust a journalist, especially a nonexpert on outer space. “There was a little bit of getting past that—they were kind of worried,” he says. “But once you get them talking, they love to talk about this stuff.”

One of Dillow’s takeaways is that you shouldn’t buy the disaster-movie version of an asteroid strike. “In the movies it’s always a giant asteroid, right? It’s headed toward Earth and going to destroy every living thing on the planet,” he says “That’s not the issue. The issue is the smaller ones like the one that hit Russia back in 2013. Those are the ones that the astronomers and the astrophysicists worry about because there’s more of them, and they hit more often. They don’t want to sensationalize the story. On the other hand, they want to get the word out.”

One virtue of Fire in the Sky is its thoughtful exploration of the complexity of getting the word out. If a massive asteroid has a 5% chance of striking Earth in 10 years, is it time to panic? Should we spend billions on a “kinetic impactor” to push it out of the way or use nuclear weapons on it, with such small odds? And who foots the bill?

Though Dillow’s book is overall a caution not to panic, he believes the global community ought to have a contingency plan ready. “I think we should do something now,” he says. “Chances are if it’s a big enough asteroid, we’re going to see it before it actually hits. The problem is if you see it, and it’s eight years away from impact and you don’t have anything on the drawing boards as to what to do with it….” He pauses. “I mean, it takes a long time to engineer these things.”