When Crime Gets Graphic 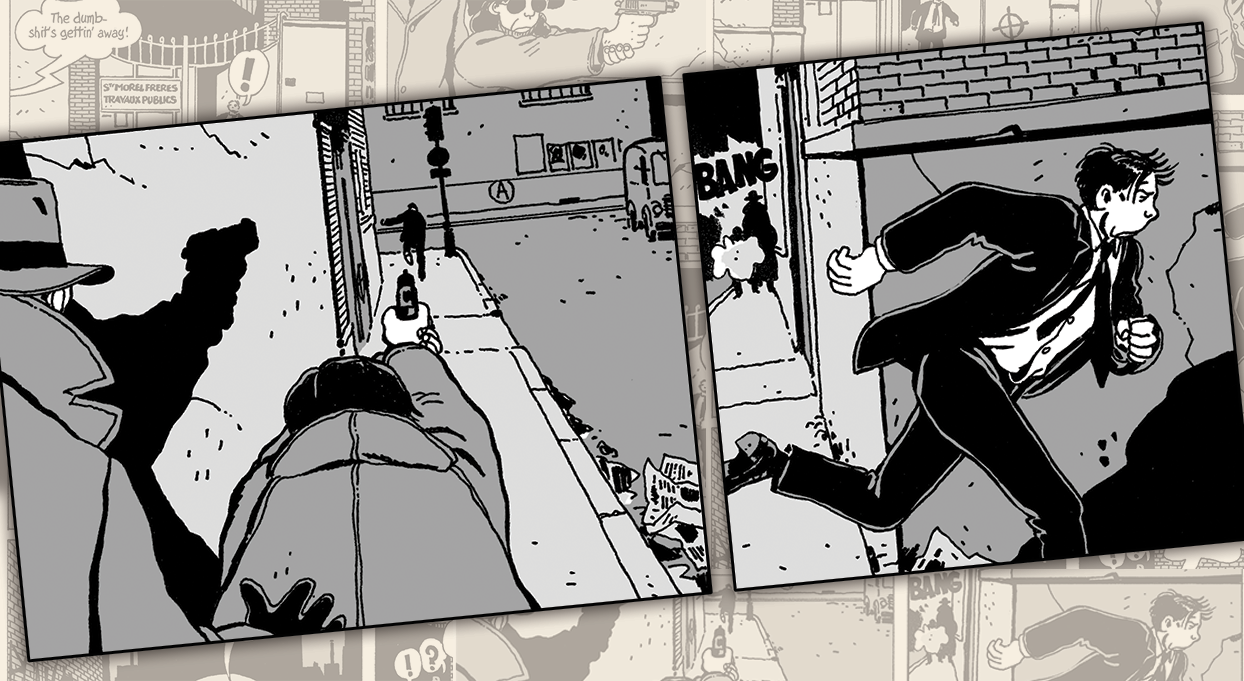 Great crime fiction deserves to be read as literature, a point I’ve made in previous columns. So I was pleased to find a 2009 Comics Reporter interview with the late Kim Thompson, co-publisher of Fantagraphics, that addresses this issue in the context of the award-winning French cartoonist Jacques Tardi. Fantagraphics has brought much of Tardi’s work to the United States, including the forthcoming Streets of Paris, Streets of Murder: The Complete Graphic Noir of Manchette and Tardi (April 14).

Thompson described Tardi as “one of the grandmasters of his generation, someone of such commanding skill and breadth of achievement that he’s sui generis … Many cartoonists who draw what I’ll call ‘realistically’ as opposed to ‘cartoony’ loose the punch and efficacy of the best funny cartooning, but he manages to combine the best of both.”

Thompson also pointed out that “a lot of Tardi's work is genre fiction—certainly far more than in the U.S. where ‘adult’ cartoonists tend to look down their nose at genre fiction. … I think it’s part and parcel of the French understanding that high and low art aren’t separated by any particularly huge gulf, so Tardi can draw a surreal satire like You Are There or a World War I ‘reportage’ like War of the Trenches on one hand, and a series of kick-ass crime stories on the other, and it’s all on the same level.”

The stories written by Jean-Patrick Manchette and illustrated by Tardi in Streets of Paris are absorbing, enigmatic, counterintuitive, and sometimes offbeat. The images don’t just echo the narrative, they propel it forward, convey mood, and expanded my notion of the types of stories that noir can tell. In “West Coast Blues,” George Gerfaut, an executive salesman who’s being pursued by hit men, survives one attempt on his life after another. After he’s thrown from a train, the accompanying text informs readers, “Gerfaut stood up, astonished not to be dead. Actually, he wasn’t even surprised. The events of the last few days had come after his comfortable childhood and his youth, characterized by a successful climb up the social ladder, had more or less convinced him of his own indestructibility.” “Run Like Crazy Run Like Hell,” about a young woman hired from a psychiatric facility to look after a wealthy philanthropist’s orphaned nephew, also unfolds in strange and unexpected directions.

Tardi’s The Extraordinary Adventures of Adèle Blanc-Sec, Volumes 1 2(Fantagraphics), follows the colorful escapades of the hard-nosed Adèle in belle epoque Paris. Reality and fantasy mingle as a pterodactyl soars above the Natural History Museum, and a group of villains inspired by the civilization of ancient Mesopotamia commit murders––with a dénouement at the top of the Eiffel Tower. Here, the inventive storytelling and Tardi’s architecturally detailed illustrations combine to produce a highly original vision of the city and the period based on turn-of-the-century fascination with science and mysticism.

Whether it’s the classic Tintin comics by Hergé, or Edward Gorey’s macabre illustrated vignettes, crime stories are suited to a visual medium. In his true crime graphic nonfiction, Rick Geary focuses on historical details to bring to life famous murders from the past. A Treasury of Victorian Murder (NBM) includes “The Fatal Bullet: A True Account of the Assassination, Lingering Pain, Death and Burial of James A. Garfield, Twentieth President of the United States,” along with the parallel story of his assassin, Guiteau; “The Beast of Chicago,” about a grisly series of murders by H.H. Holmes, possibly America’s first serial killer; and of course, Jack the Ripper. Geary’s stark black-and-white illustrations resemble woodcuts; the maps, diagrams and portraits he includes allow him to immerse the reader in the complexities and specificities of each case without the details becoming overwhelming.

Until I began my research for this column, I had never come across Geary’s work. This is surprising, because his A Treasury of XXth Century Murder (NBM) includes some of my favorite true crime cases. And I only learned about Tardi after I first stumbled across––and loved––the 2010 film version of The Extraordinary Adventures, written and directedby Luc Besson.

What strikes me, is that while in recent years graphic novels have taken off in the United States as mainstream literature—even prestige literature—crime-focused graphic fiction and nonfiction continue to fly under the radar. My hope is that the “kick-ass crime stories” collected in Streets of Paris will alter that dynamic, and bring the rich field of crime-related graphic books to the attention not only of die-hard comics fans but to mystery, thriller and true crime fans as well.