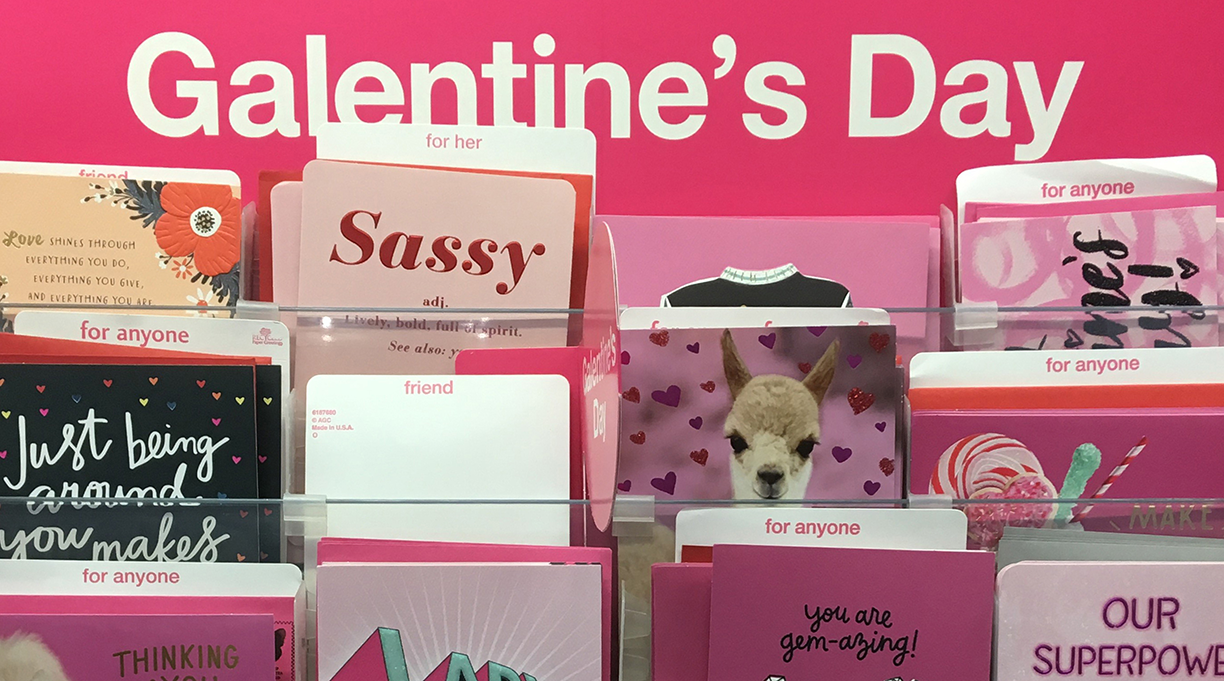 Oh, it’s that time of year again: Valentine’s Day. You’d think that romance readers would love the holiday, but years of terrible think pieces have turned a day that should be a celebration of what our genre does best into something more like a trip to the dentist.

Remember the year that an article in Harper’s mashed up the romance writer’s convention with a sordid local crime—and then quoted the sheriff's deputy, a male cover model, and song lyrics by Elvis and Bon Jovi before we heard from a single romance author? It can’t ever be that bad again, right?

Instead of waiting for that anvil to drop, let’s turn instead to how the genre portrays the complex richness of human relationships. Sure, falling in love is the main event, but romance novels also expertly mine the main characters’ relationships with parents, siblings, children, colleagues, and friends.

The best holiday in February is Galentine’s Day, invented a decade ago on the television show Parks and Recreation. As Leslie Knope (played by Amy Poehler) explains, “Every February 13, my lady friends and I leave our husbands and our boyfriends at home, and we just come and kick it, breakfast-style. Ladies celebrating ladies.” According to the show, traditional Galentine’s Day gifts are handmade items, such as a mosaic of your face made from bottles of your favorite diet soda. Since I’ve never been particularly crafty, I offer these romance recommendations instead:

For the friends who understand you: One of the primordial explorations of female friendships in romance is the Wallflowers series by Lisa Kleypas. Four friends band together over their shared status as spinsters, doomed to be sidelined in the ballroom and ignored on the marriage mart. In Devil in Winter (Avon), Evangeline Jenner is at the mercy of predatory relatives who want to control her large dowry. Even though her friends do not approve of the tactics she takes to free herself—marrying the ruthless and villainous Viscount Sebastian St. Vincent—they support Evie, knowing her safety and happiness are more important than their approval.

For the friends who set you straight: Caila Harris is a workaholic focused on the next big promotion in Tracey Livesay’s Sweet Talkin’ Lover (Avon). She’s so anxious about work that she skips her sister’s baby shower, fights with her beloved grandfather, and can’t relax during her yearly vacation with her three best friends from college. But when Caila’s love life and job performance collide, friend Ava helps her put both her present and her past in perspective and move forward. Livesay shows that earning a promotion doesn't have to mean sacrificing romance and friendship.

For the friends who just want you to be happy: Jane, Elise, Wendy, and Gia have been BFFs since college in Jenny Holiday’s One and Only (Forever). As a bridesmaid in Elise’s wedding, Jane is assigned the odious task of keeping the groom’s unruly brother, Cameron, under control. The romance between Jane and Cameron sizzles, but Holiday’s book is a master class in female friendship. These women love each other, so Elise’s bridezilla tendencies are met with eye-rolling affection instead of punishment.

For the friends who come to the rescue: Author Sarah MacLean and I host a podcast that started as a book-by-book read along of Kresley Cole’s Immortals After Dark series, which has any number of woman warrior archetypes for your reading enjoyment. In Pleasure of a Dark Prince (Pocket Books), Valkyrie Lucia the Huntress is the best archer in the world. As Lucia falls in love with werewolf Garreth MacRieve, she’s forced to face her painful past. As a child, she was married to a monster and would have died if not for her sister and best friend, Regin, leaving Valhalla to rescue her. The story of Lucia and Regin’s escape and survival highlights the fierce devotion that women have for each other, especially in the face of great danger.

For the friends who become your family: In Sparks Like Ours (Bold Strokes Books) by Melissa Brayden, professional surfer Gia Malone has made a life for herself and her “found family” of women living in the Seven Shores apartment building in Venice, California. Every morning, the women (some of whom fell in love with each other in previous installments of the series) meet for breakfast before heading out to their jobs. Even when Gia falls in love with Elle Britton, her rival on the surfing circuit, the strong ties she has with her circle never weaken. When a medical crisis brings the Seven Shores residents together, Gia reflects that she can’t just go on with her day, she needs to stay with her friends. She thinks, “They would be there ... just to be there. It’s what friends did.”

Happy Galentine’s Day to us all.