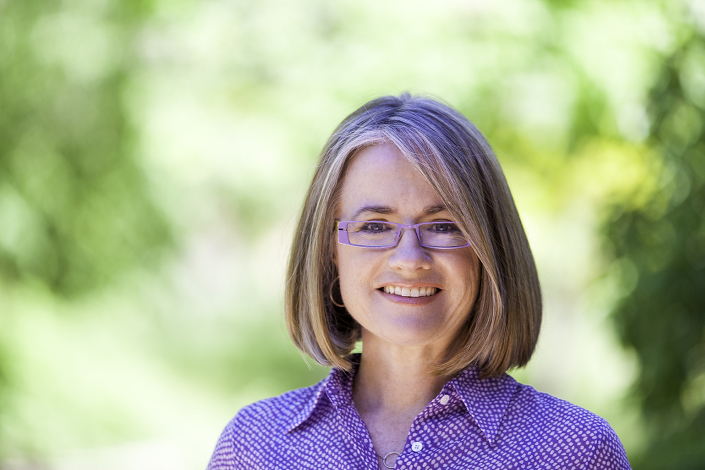 Valentine’s Day in Afghanistan: The sky is a solid mass of clouds, snow has been falling for weeks, and a female soldier is huddled in her plywood hut making a valentine for her Afghani translator with glitter pens and construction paper. Helen Thorpe’s new book, Soldier Girls: The Battles of Three Women at Home and at War is filled with such intimate scenes; it is a strikingly original book about war.

Thorpe’s first book, Just Like Us: The True Story of Four Mexican Girls Coming of Age in America, follows four young women whose Mexican parents entered the United States illegally. Easing readers into the story with accounts of the girls’ boyfriends, prom dresses and college applications, Thorpe is able to convey the heartbreak and confusion surrounding immigration issues with immediacy and sympathy.

When Thorpe began researching her second book, she says, she found herself drawn to stories about veterans returning home from Iraq and Afghanistan. “I was curious about that particular transition,” she says. But she didn’t intend to focus on women: “I started interviewing different veterans, equal numbers of male and female, even a few more men,” she says. She spoke with (among others) a former sniper in Iraq and a man who worked in intelligence in Afghanistan. But one fateful day, Thorpe set up an interview at the Tattered Cover bookstore in Denver. There, she met with a woman who would lead her to her story.

Thorpe felt an immediate rapport with the woman she calls “Michelle” in Soldier Girls, a young, liberal college graduate who had signed up for the National Guard out of financial desperation and had ended up serving in Afghanistan. Michelle, explains Thorpe, has a “dark sense of humor and is really smart, very articulate.” Thorpe knew, she says, that she could speak to Michelle for many years and not get tired of talking to her.

Thorpe doesn’t have a military background, but Michelle nonetheless opened up to her.“She’s a natural born storyteller,” says Thorpe. Michelle was “able to convey her experience to me in much richer detail than your average person.”

After three or so meetings, Michelle told Thorpe that she had remained close with two of the other women who had served in Afghanistan with her: “Debbie,” an older, pro-military veteran, and “Desma,” a single mother who had driven over an IED and returned home with PTSD.

Desma arrived at her first interview wearing a football jersey and blue jeans, says Thorpe. Much later, Thorpe found out that Michelle had urged her friend to dress up, telling Desma she should present herself better. Desma said that if Thorpe didn’t like her in her comfortable clothes, then Desma didn’t want to have anything to do with her. “That’s so revealing of who Desma is,” Thorpe laughs now. Later, she flew to Indiana to meet Debbie.

In Michelle, Desma, and Debbie, Thorpe knew she had found her characters. And in examining the women’s disparate political beliefs and war experiences, says Thorpe, she uncovered her narrative.

These women, Thorpe realized, had lived through “the quintessential experiences that many women were going through” in the military. Although the book is a testament to their strength and a celebration of the power of their friendship, by making her subjects relatable, Thorpe forces a reader to ask, How might I have fared in similar circumstances? Thorpe makes readers take a hard look at the realities of war and the limits of human resilience.

This relatability is fostered by Thorpe’s use of intimate detail: the way Michelle ordered expensive lingerie from Victoria’s Secret online to help her feel womanly underneath her uniform; Debbie’s puppy, Diamond, secretly adopted to cuddle with at night; the flock of pink flamingos with which Desma decorated the sandy “yard” outside her tent and the “DEAR MOMMY” emails that brightened her days.

Uncovering exquisite details takes years of research. In all, Soldier Girls took Thorpe four years to complete. Her first interviews, she explains, were from what she calls a “hundred-thousand-foot perspective,” very general conversations about each woman’s experiences. After examining her notes, Thorpe met again and again with her subjects, “drilling down,” as she calls it, into more and more specificity. “We spent many, many hours together before they told me some of the more intimate details about their deployments, such as their affairs,” says Thorpe, admitting that sometimes the detail that brings a scene to life might be “the last piece of information I would get.”

Poring over photographs with the women helped to jog their memories, leading to scenes that bring the war experience to vivid (and sometimes heartbreaking) life. Desma allowed Thorpe to see her VA medical records, even her therapy notes. And after a year of interviews, says Thorpe, Debbie handed over a pile of spiral notebooks and said, “Oh, here, I found these diaries.” The diaries gave Thorpe a new way to get to know Debbie, a person who “had a little bit more of a tendency to only emphasize the positive things.” But it was “incredibly intelligent” Michelle, muses Thorpe, who became the thread tying her forceful book together. Michelle, Thorpe says, “is like a writer herself.”

Amanda Eyre Ward’s fifth novel, Homecoming, will be published in 2015.