Historical Fiction: We Know It When We See It? 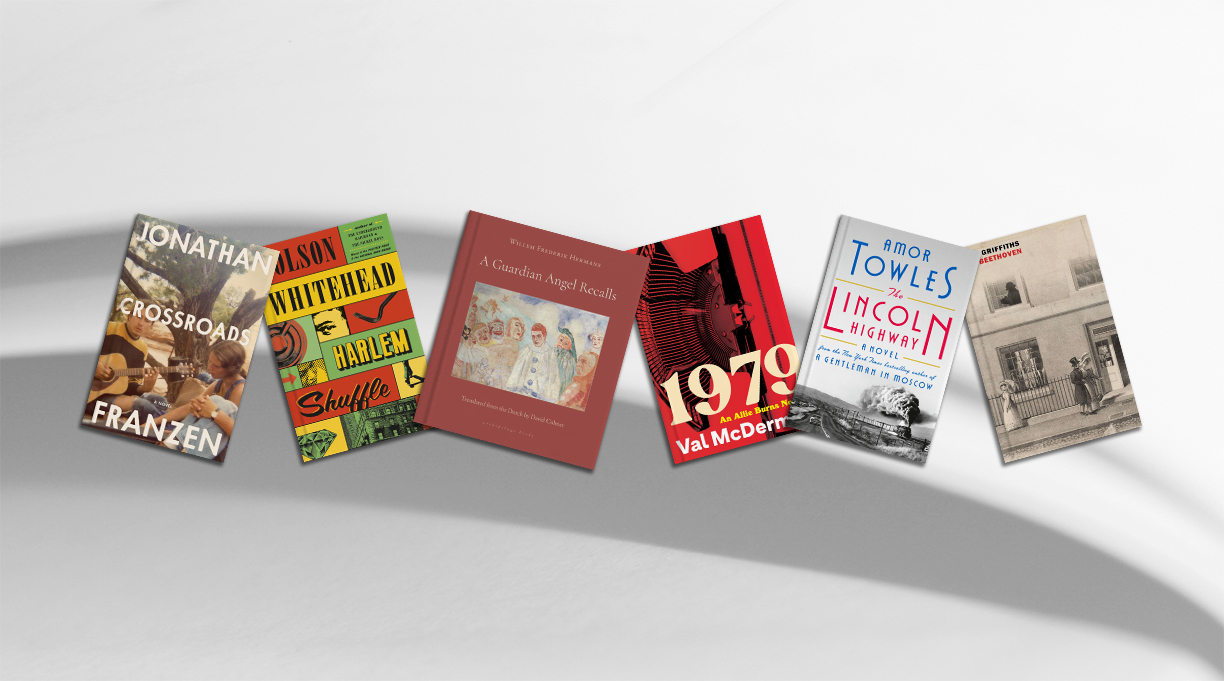 What is a historical novel? It’s a slippery thing to define. If you lived through the 1970s, you might not think Jonathan Franzen’s Crossroads (Farrar, Straus and Giroux, Oct. 5) fits into that category, but if you were born in 1980, you might. Would it make any difference if Franzen was writing about a time before he was born? As the 20th century recedes into the past—according to a number of college professors on Twitter, students are now calling the 1970s “the late 1900s”—will fiction about the 1990s come to be seen as historical? How about 9/11 novels?

Scottish crime novelist Val McDermid has just kicked off a new series about a young woman trying to make a career as a tabloid reporter in Glasgow. The book’s title: 1979 (Atlantic Monthly Press, Oct. 5). Our starred review says, “McDermid, who worked in Glasgow as a reporter in the year of the title, has supplemented her memories with a great deal of research and background reading. It was the year from hell for that city, with cataclysmic winter weather, strikes, and terrorist threats, but for ambitious reporters like Allie…any kind of trouble is an opportunity.…The plot is engrossing, the period atmosphere brilliant.”

Moving back in time a bit, there’s Colson Whitehead’s Harlem Shuffle (Doubleday, Sept. 14), a heist novel set between 1959 and 1964, a few years before the author’s birth. Our starred review said “readers will be captivated by a Dickensian array of colorful, idiosyncratic characters, from itchy-fingered gangsters to working-class women with a low threshold for male folly. What’s even more impressive is Whitehead’s densely layered, intricately woven rendering of New York City in the Kennedy era, a time filled with both the bright promise of greater economic opportunity and looming despair due to the growing heroin plague.”

Amor Towles’ last book, A Gentleman in Moscow (Viking, 2016), was set in 1922—a historical novel any way you slice it. His new book, The Lincoln Highway (Viking, Oct. 5), isn’t actually about the Civil War; it’s set in the 1950s but has a black-and-white picture on the cover, giving it an extra historical feeling. About two young brothers who set off on the road after their father dies and their Nebraska farm is foreclosed, this is “a modern picaresque with a host of characters, competing points of view, wandering narratives, and teasing chapter endings,” according to our starred review. “A remarkable blend of sweetness and doom, Towles’ novel is packed with revelations about the American myth, the art of storytelling, and the unrelenting pull of history.”

Everyone agrees that fiction about World War II is historical, but Dutch author Willem Frederik Hermans published A Guardian Angel Recalls (Archipelago, Oct. 12) in 1971, only 31 years after it was set—less time than separates us from the events of Crossroads. Newly translated by David Colmer, the book tells the story of a Dutch public prosecutor who runs over a 6-year-old Jewish girl as he’s fleeing the incoming Nazis, and then tries to rationalize it to himself. “With its hapless protagonist, acerbic tone, and laughable rumors of war…much of this…novel is a comedy of errors. But its scenes of destruction are shattering and surreal.”

Moving back to the 19th century, Paul Griffiths’ Mr. Beethoven (New York Review Books, Oct. 19) is a historical fantasy in which Ludwig van Beethoven lived six years longer than he actually did and took up a commission in Boston that he was offered but never accepted. He sails for America in 1833, giving Griffiths an opportunity to “spotlight a country that’s anxious to establish its cultural standing while still tethered to its stiff Puritan nature,” according to our starred review. “Stylistically rich and thoughtfully conceived historical fiction”: No question about that.