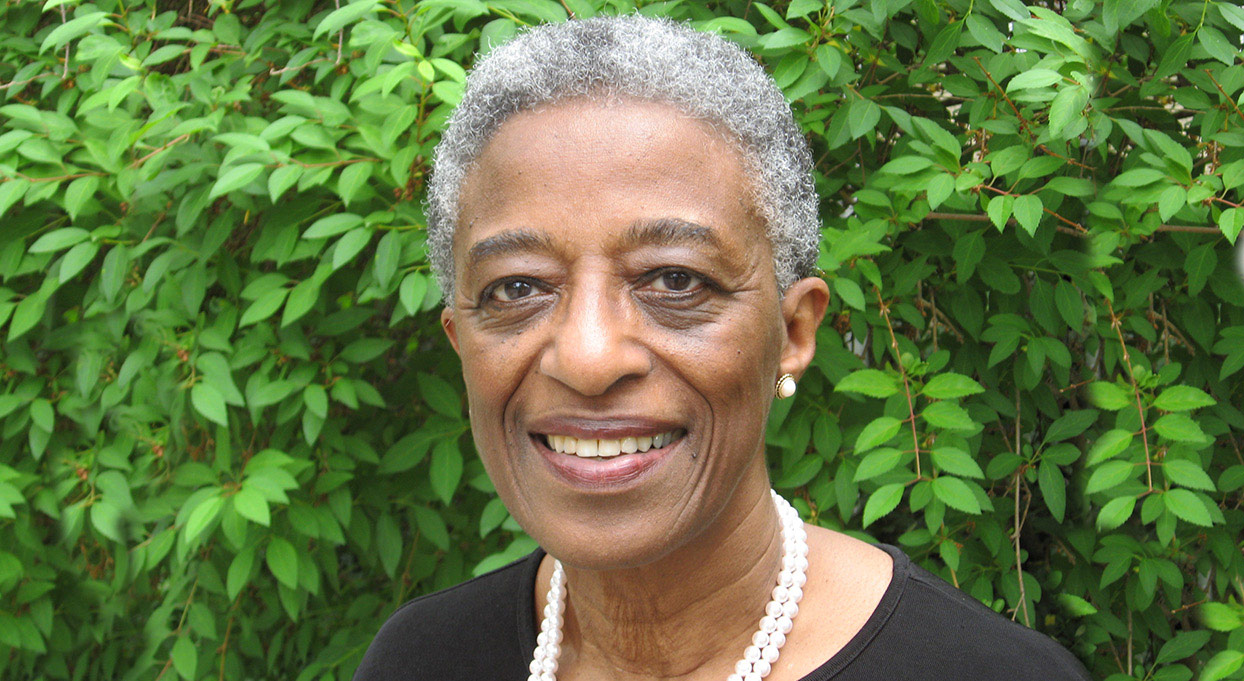 My first reaction upon learning that Rudine Sims Bishop, Ph.D., will give the 2021 Children’s Literature Lecture Award from the Association of Library Service to Children (ALSC) was shock that she hadn’t already received this honor. I can’t think of anyone whose wisdom can better guide us at a time when debates about stories, who tells them, and how they tell them is at the center of public consciousness.

When I was in library school, Dr. Bishop’s work Shadow and Substance: Afro-American Experience in Contemporary Children’s Fiction (1982) offered a critical structure that was revelatory for me, as it has been for so many others. An Ohio State University tribute, “Rudine Sims Bishop: ‘Mother’ of multicultural children’s literature,” stated:

Shadow and Substance…remains a standard in the field.

Some of the books she studied, by white authors for white children, portrayed black people as exotic or “different.” Others ignored cultural differences and connoted sameness. “You wouldn’t know the characters were black unless you saw the pictures,” she said.

[Others] were what Bishop calls culturally conscious.

These were rich in cultural memes, language and familiarity with true African American identity. The passages and illustrations reflect what children of color see in their everyday lives, and thus validate their experiences. Most were written and illustrated by African Americans.

These types of differences are still quite evident today.

Even more widely known is Dr. Bishop’s 1990 article “Mirrors, Windows, and Sliding Glass Doors,” although I am dismayed at how often her vivid and memorable metaphor is used without credit. She famously wrote:

Books are sometimes windows, offering views of worlds that may be real or imagined, familiar or strange. These windows are also sliding glass doors, and readers have only to walk through in imagination to become part of whatever world has been created and recreated by the author. When lighting conditions are just right, however, a window can also be a mirror. Literature transforms human experience and reflects it back to us, and in that reflection we can see our own lives and experiences as part of the larger human experience. Reading, then, becomes a means of self-affirmation, and readers often seek their mirrors in books.

Crucially, this passage emphasizes the reader’s relationship with and experience of the material, not the author’s intent. The same book can function in different ways depending on who is reading it. The idea that a book is “diverse” rests on assumptions about who readers are; it’s a useful shorthand for books centering marginalized communities but nevertheless rests on a bedrock of assumptions positioning some people as the norm.

Vicky Smith, my Kirkus colleague and children’s editor, “would like us to talk more about the sliding glass doors. That’s a hugely important part of the metaphor, and it gets skimmed over way too often. It implies action on the part of the reader that looking at mirrors or through windows doesn’t capture.” She is absolutely right: The idea that books invite readers to actively engage with different worlds is frequently overlooked.

White librarians often wonder how they can “get kids to read diverse books” rather than having them “just sit on the shelf.” The implication is that they support diverse books in theory but can’t justify spending the money if they won’t be used. There is much to unpack here. Why is ethnic diversity considered a barrier when white children regularly enjoy books about animals or fantasy creatures? Why are “diverse books” often promoted to young readers in a way that makes them sound like boring social studies lessons? How are titles with multicultural content incorporated into collections (are they well represented, for example, in popular sections like graphic novels and fantasy)?

This year’s Youth Media Award winners, announced at the American Library Association’s Midwinter conference in Philadelphia, represent a huge step forward in that a number of titles were honored both in general award categories as well as heritage-focused ones, and many general award winners and honorees centered the stories of people from marginalized groups. Whether these titles hold up mirrors to your life or not, they offer rich and rewarding reading experiences.

Nikki Grimes’ verse memoir, Ordinary Hazards (Wordsong/Boyds Mills, 2019), a powerfully gripping and lyrical story of survival and the power of the arts, was honored with both thePrintz Award, recognizing excellence in YA literature, and theSibert Informational Book Award.

Frankly in Love (Putnam, 2019) by David Yoon, a stunningly emotional title about love, identity, friendship, and family, was the YA Honor pick of the Asian/Pacific American Award for Literature as well as afinalist for the Morris Award, which recognizes debut YA authors. (Read an interview with the author here.)

Another Printz honor title was the magical, exquisitely crafted Japanese fantasy The Beast Player (Henry Holt, 2019), written by Nahoko Uehashi and translated by Cathy Hirano, which also received a Batchelder Honor as a title representing excellence in translated works.